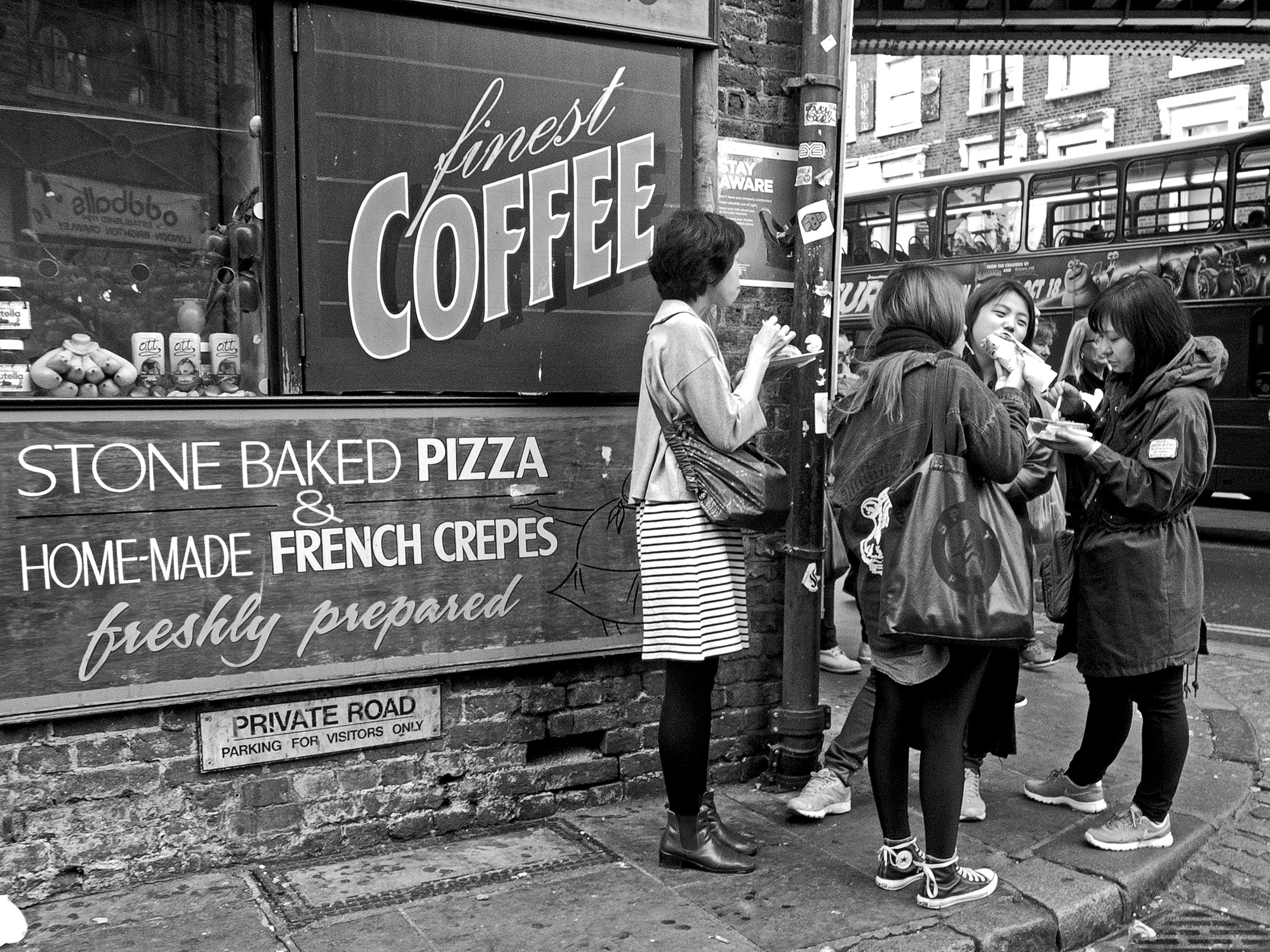 We conclude an unexpected trio of candid kids-on-the-street shots (see Days 125 and 126) with the delightfully composed self-titled “Takeway”. Gerry Balding captured the young ladies on Oct. 5, 2013, using the Fujifilm X10. The diminutive compact is paparazzi gear for discreet street photography.

In June 2007, Gerry joined Flickr, where his primary subjects are trains and cats. Yes, that seems like a strange combination, but I see strength in having broad interests. The UK native is from London, where he captured today’s pick in Camden Market. But he lives in Norwich, Norfolk. It’s general election day in the UK, by the way.

I picked today’s pic for composition and the evocative, timelessness black and white creates. There’s something yesteryear about the shop sign’s typography that would be diminished by color. As presented, the girls’ clothes aren’t dated, adding to the any-when appeal.