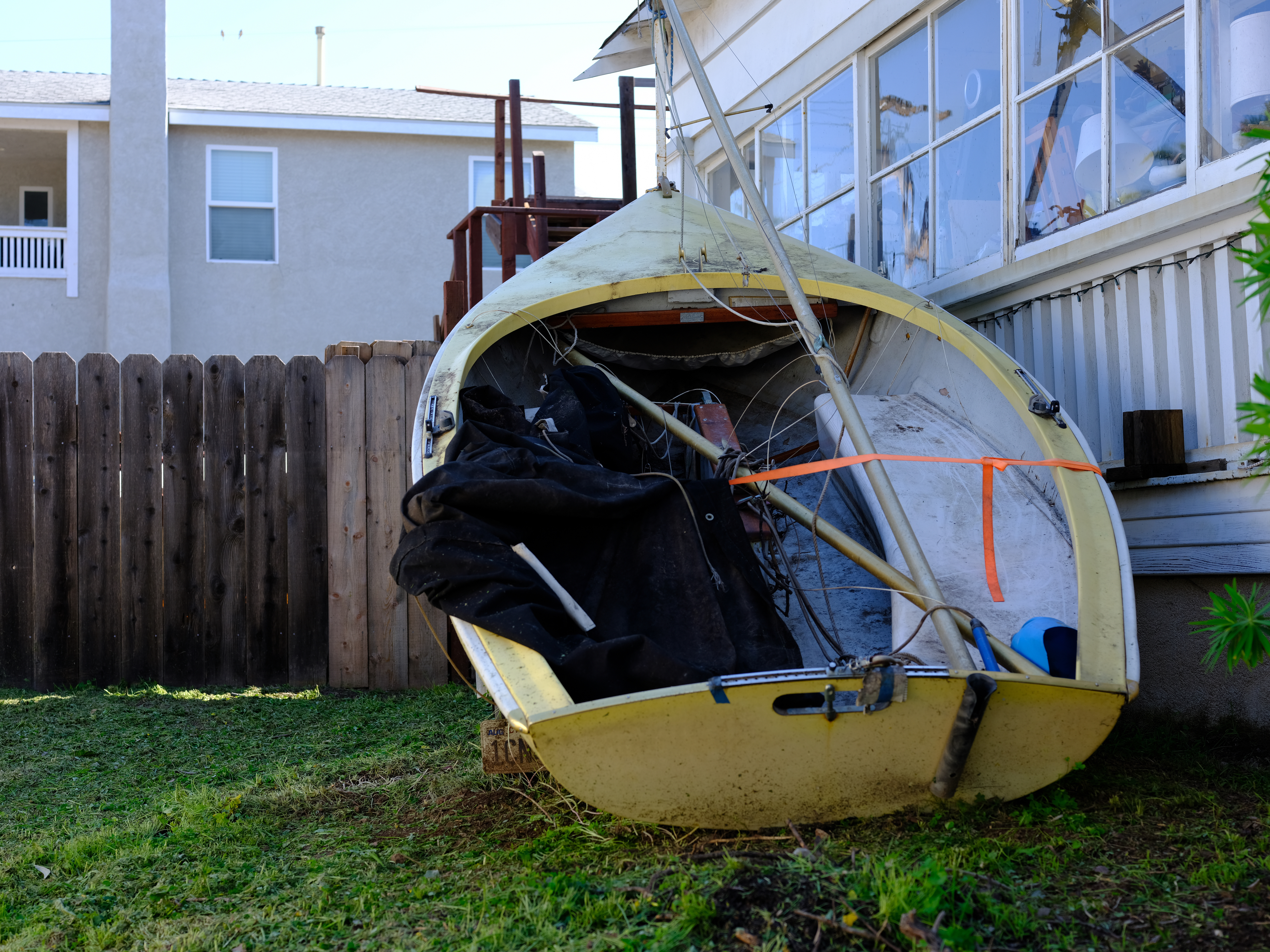 Since starting the “Cats in University Heights” series in October 2016, no one has objected to my photographing their animals—until today. In fact, some neighbors have asked me to include their pets. The story: As I approached the multi-family dwelling where Blue and Valentine—both nicknames—reside, a skinny and frisky shorthair walked down the sidewalk alongside a nearby open-fenced yard. As I approached, the putty-tat retreated to the grass. From there, another feline moved my way, and I started clicking the shutter of Fujifilm GFX 50R, with attached Fujinon GF63mmF2.8 R WR lens.

“Why are you taking pictures of my cats?” a woman calmly, but firmly, asked from behind a home’s security door. She didn’t step out onto the porch, and I couldn’t see her even while looking straight on from the sidewalk. I explained about my photographic project that started two-and-a-half years ago. My demeanour was friendly then, and when asking the name of the kitty whose portraits I had just taken. Gaping silence followed. “It’s okay, you don’t have to tell me”, I interjected, trying to diffuse any tension.

She explained that someone sometime in the past had claimed one of her cats as their own and taken it. Seeing the other shorthair, which reminded me of missing STAR, I said that my family owns two furballs but we keep them inside because a coyote took another 7 years ago. She expressed acknowledgment about such danger.

I then asked her permission to shoot photos of the other animal. “I would rather you didn’t”, she answered. I politely responded and moved along. I had seen one of the kitties looking out a window, just last week. But this was the first outdoor sighting, and presumably their owner watched them from indoors.

Got to wonder: Will she make me a topic on Nextdoor now? Is the incident about to become a boatload of trouble?

I write what happened to mark the moment and as excuse to use the Featured Image (warning: 22MB file), which I captured moments earlier, at 11:06 a.m. PST, on a property not far away. Fuji’s film simulations are legendary but typically can only be applied to JPEGs. On the 50R, however, they can be applied to Raw images in-camera and automatically converted to JPEG, which is how the boat shot in PROVIA/Standard changed to Velvia/Vivid. The photo is cropped only; I made no edits (I would draw out highlights and  brighten, if tweaking). Vitals, aperture manually set: f/5.6, ISO 100, 1/105 sec, 63mm.