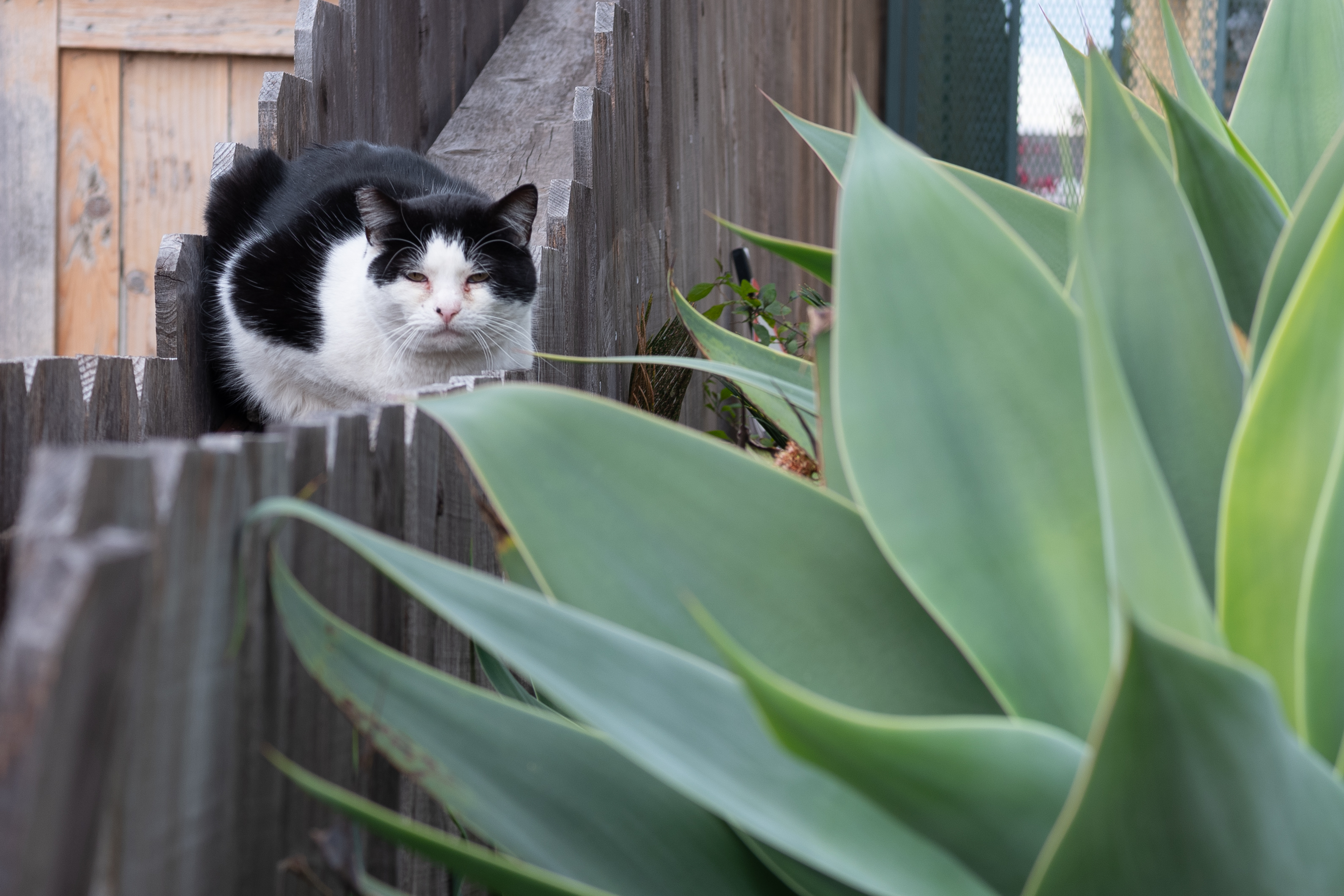 Some kitties pull your heartstrings—to somber notes—as did this black and white seen yesterday along Campus Avenue, at the same property where lives the grey that I call Blue. The putty-tat earns its nickname for the day being profiled and for me thinking when looking at its face: “Be mine”, like the text on one of those candy hearts. 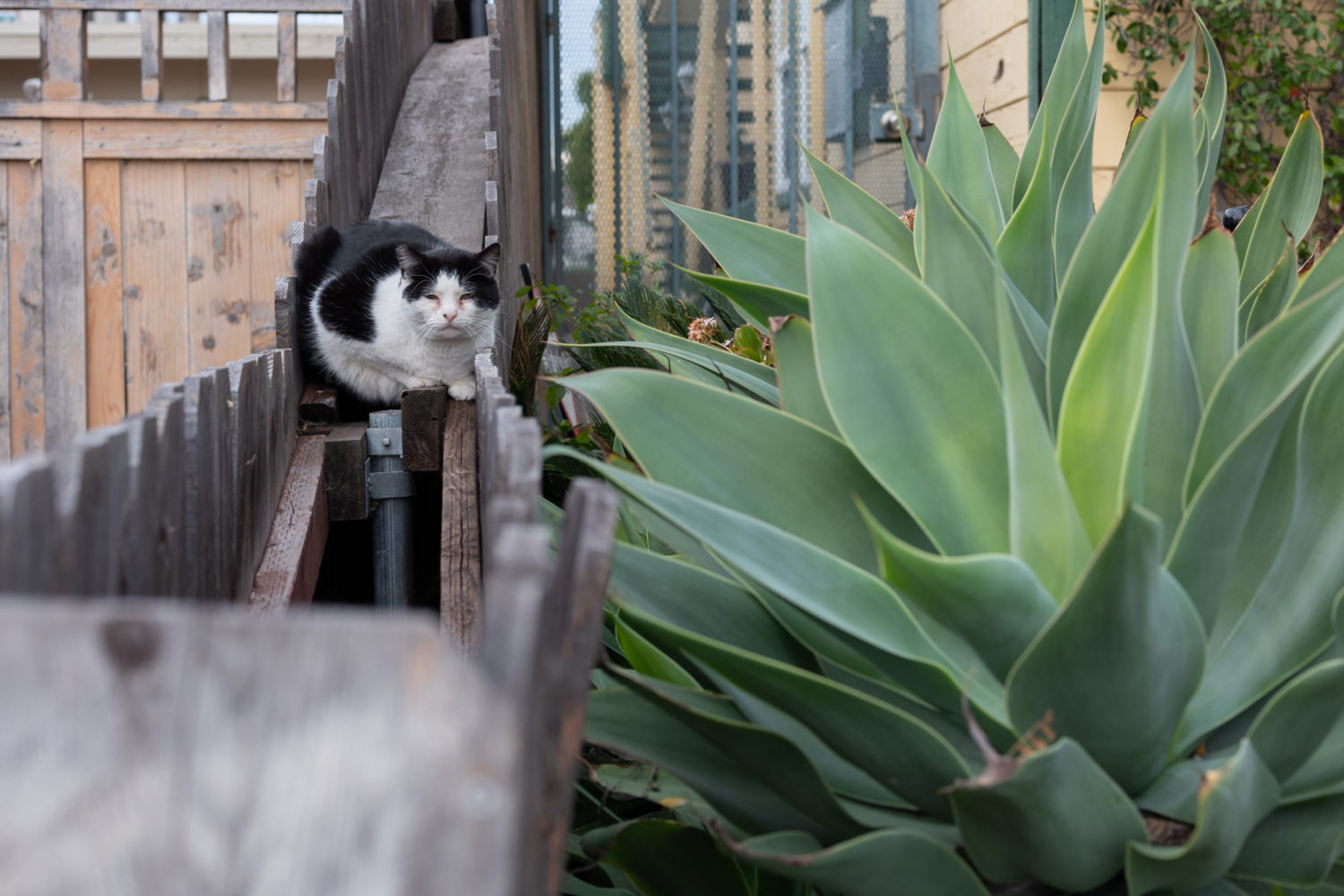 The companion portrait shows Valentine more clearly sitting on a fence where—in the space between wood slats on either side—Copper used to sleep. A dog mauled that cat months before the series started, so she didn’t participate. My wife and I visited Copper often. Is Valentine a new resident that might receive our attention? Time will tell.