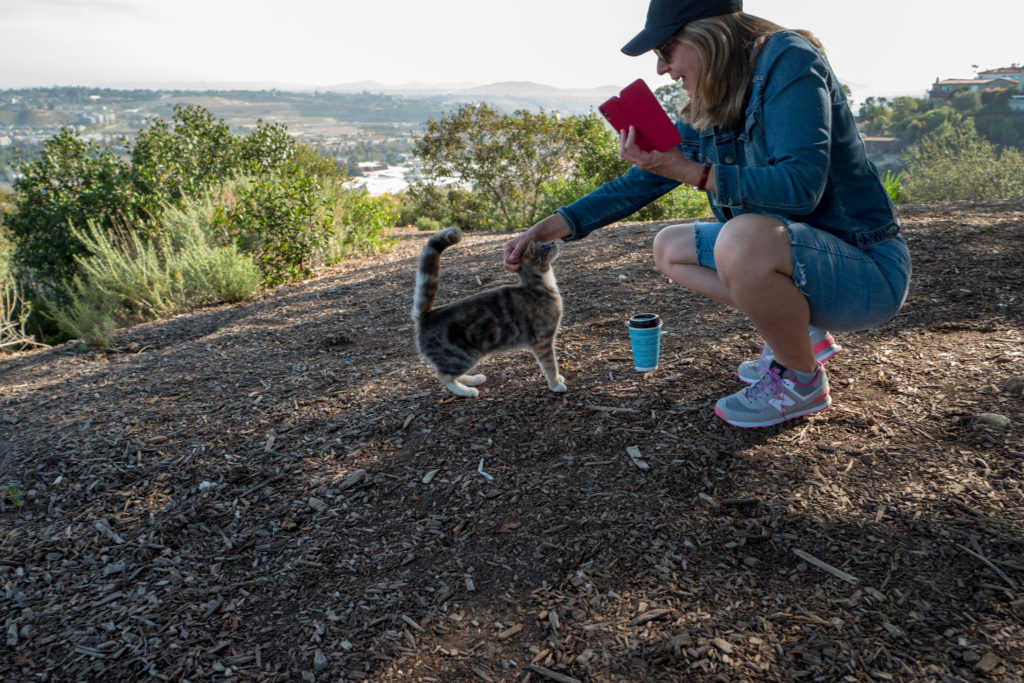 This beautiful kitten earns nickname Blend for being somewhat camouflage-colored against an area in the neighborhood known as the Point. My wife and I encountered her quite unexpectedly on April 10, 2018, frolicking about and seeking attentive pats, which you can see Anne giving in the Featured Image and its companion.

We were both concerned about the calico’s interest in the canyon below. Anne and I have often joked about scaling down the hill to Wendy’s for a burger; the fast food place looks so close. There be coyotes, which wouldn’t bother us but could make a snack of our new-found friend. 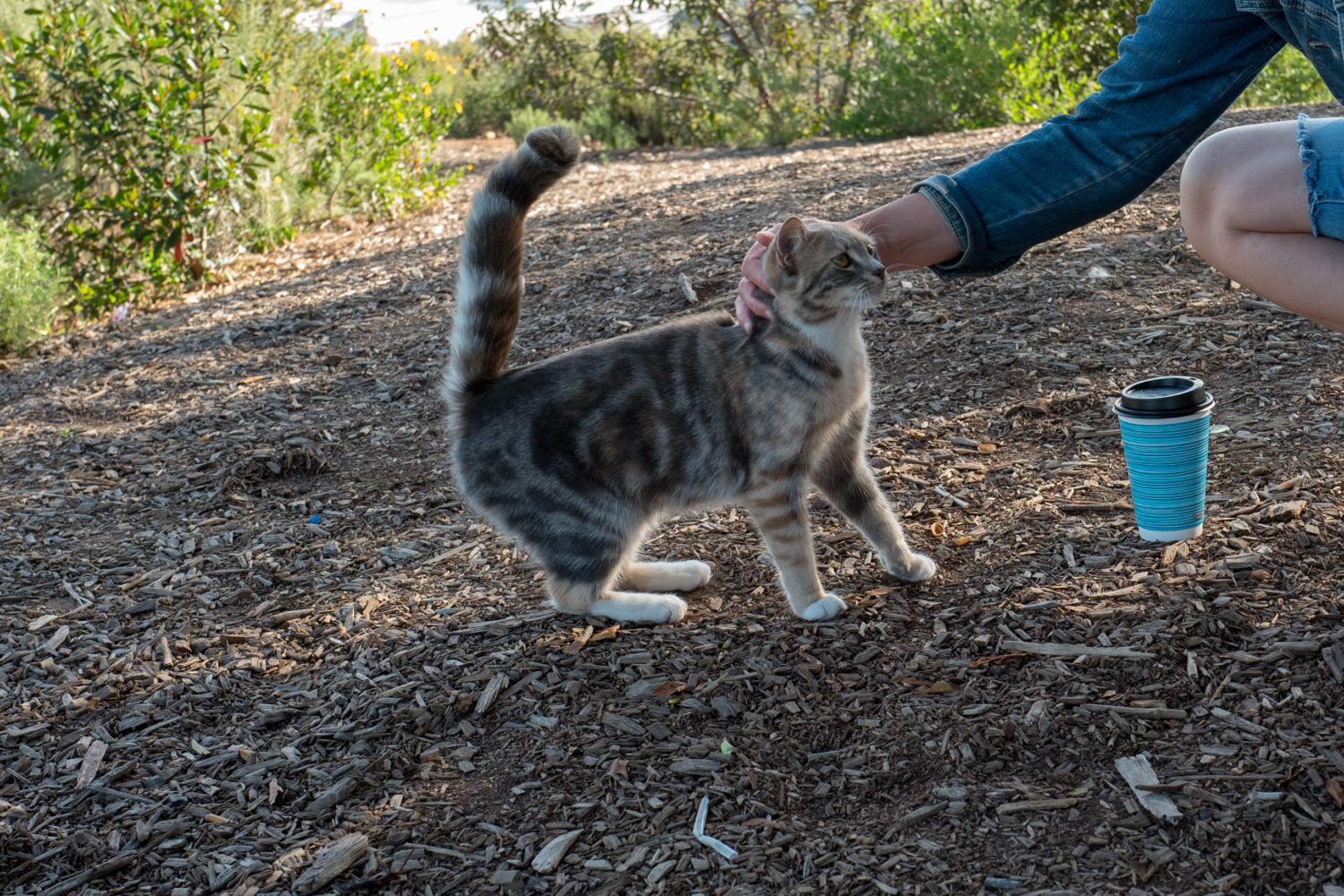 On April 19, 2018, a poster to the NextDoor social network wrote about a similar, but orange, kitty named SID. There had been discussion about his disposition among different neighbors who had seen him. Later, the owner responded, identifying SID’s sister—the calico that we visited—as STAR. I was going to exercise editorial privilege and lower-case, but there is another kitty in the series similarly identified but by nickname. So we have Star and STAR. But only one is a given name. 🙂

Update, May 16, 2018: Five days after publishing this profile, STAR disappeared. Her owner posted signs around the neighborhood and in NextDoor’s lost and found section. After so long missing, she must be presumed lost or taken—whether by human or predator. Hence, why I update but also waited for hopeful outcome.

Anne and I were glad to meet her.

In an exchange on NextDoor last month, the owner wrote to me: “I’m hoping she’s still in the area, maybe someone was overly smitten and decided to take her home. We are heartbroken, as is my 2 year-old daughter and SID. He cries for her frequently. 🙁 ”