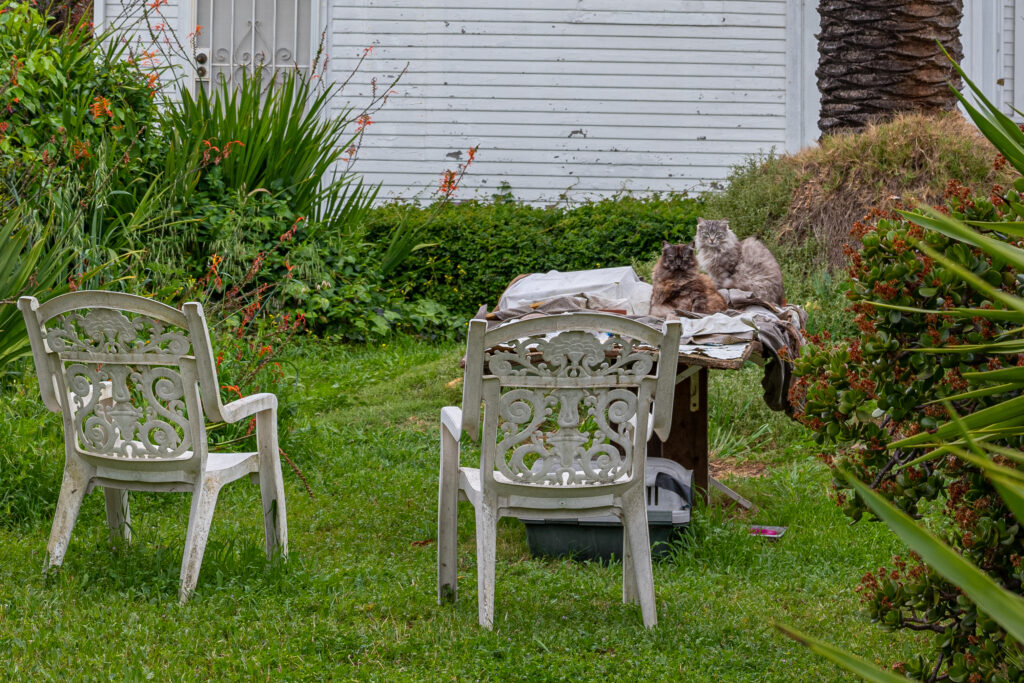 As executor, he represents 17 heirs and a somewhat tricky situation. His 89-year-old uncle lived in the house before passing away late last year. But the elder gent was not the homeowner. The executor’s grandparents bought the property in 1916 (public records show building date of 1913), and title transferred to his grandmother when her husband died. But when she passed, in 1978, the property was never probated. His uncle lived in the house, but the deed had his mother’s name on it. Forty-three years later, the process finally commences.

By following the broker’s suggestion to hire a restoration company, which will be paid by the estate, the nephew reduces some of the probate burden left by his uncle; by the way, he remained active American Legion, driving around other members, even at advanced age. The involved parties made the decision to clearcut out of expediency and, again, with the presumption that the property will be redeveloped.

For the mother and daughter Maine Coons, destruction of their long-time habit must be devastating. They join the city’s homeless, in a strange way. Yes, they are feral, but another neighbor fed them and took them to the vet when necessary. Listening to the nephew proudly share about his uncle’s generosity, I understand how the elder gent let the strays stay and another resident come by and tend to them.

Update, Oct. 16, 2021: While walking past the deforested yard that was once home to the cats, we unexpectedly saw both. Soon after, their caretaker came across the alley and visited.