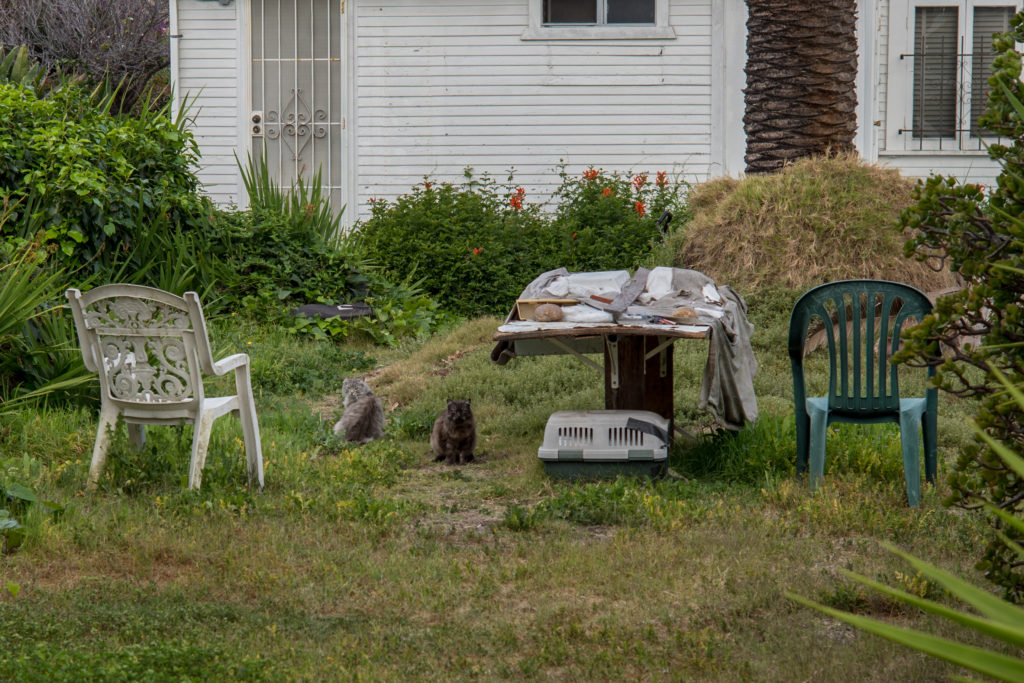 Since April 4, 2018, I have sought a close-quarters portrait of a massive light-grey longhair that lives in the yard of a house along Florida Street near Adams Ave. The kitty earns nickname Ghost, by appearing for one meaningful moment—on the 12th, along with the kitty that I call Coon—and not since. I delayed profiling both furfalls, and companion Tigger, waiting for another opportunity. I haven’t seen Ghost since. 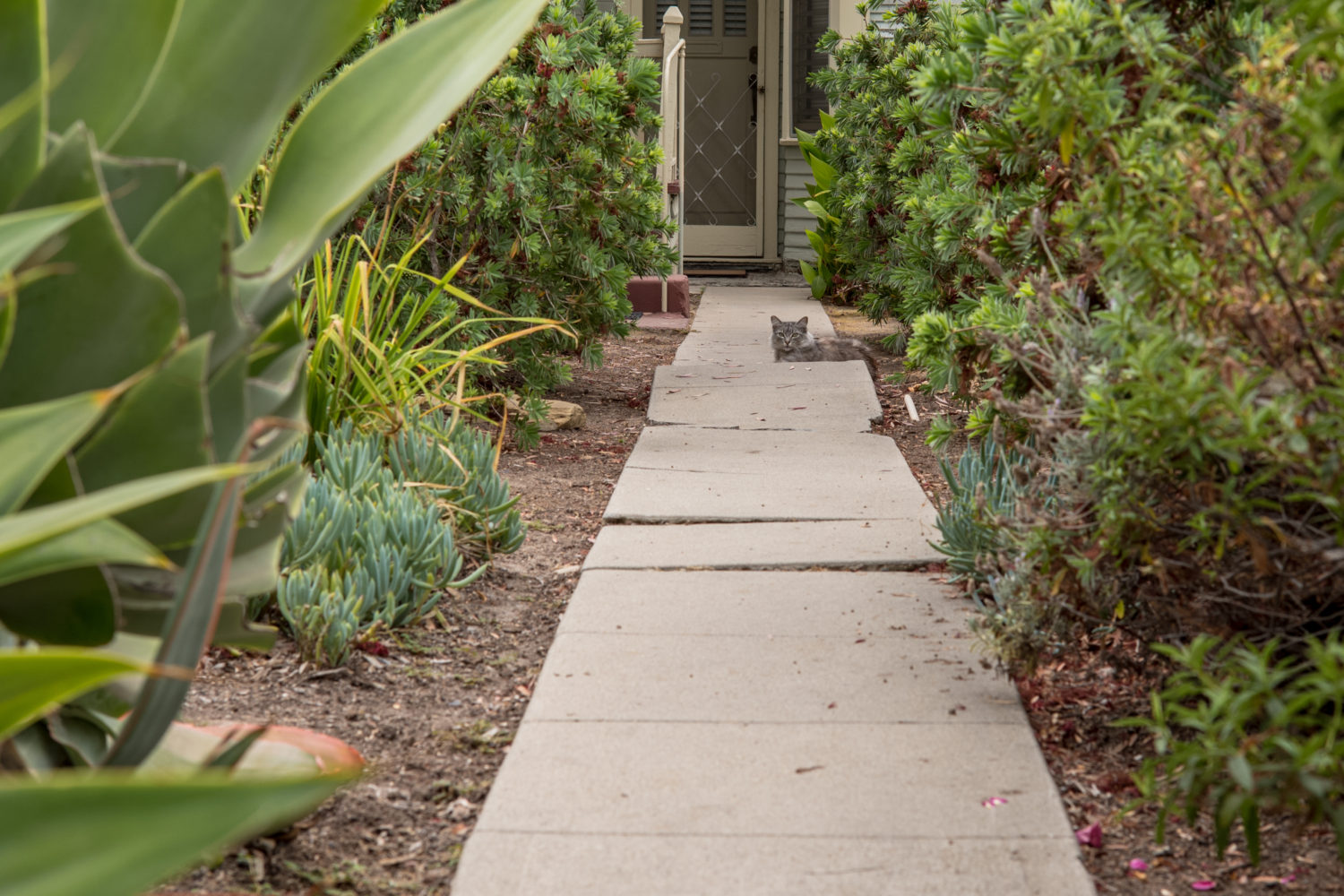 Update, Nov. 24, 2020: Today, I met the lady who cares for the kitty—the last living of four feral kittens born to Coon, who is the momma.The woman has fed and cared for the outdoor beasties for about seven years, in the backyard they call home but which is a property belonging to a different neighbor. Last month, the gentleman passed away unexpectedly, putting the property’s future into question and quite possibly that of Ghost and Coon. For now, their caretaker is committed to ensuring they are well-fed in the luscious lawn habitat that they share.

Update, Aug. 16, 2021: Six days ago, the cats’ habitat was destroyed! Please see posts “Mimi and Sweet Pea are Homeless” and “Why the Maine Coons Lost Their Home” for full explanation.

Update, Oct. 16, 2021: While walking past the deforested yard that was once home to the cats, we unexpectedly saw both. Soon after, their caretaker came across the alley and visited. Coon’s real name is Mimi and Ghost is Sweet Pea. The woman originally called the darker kitty Meanie, for her disposition. But the lady’s mother objected, saying it was mean to do so. Hence, she became Mimi.