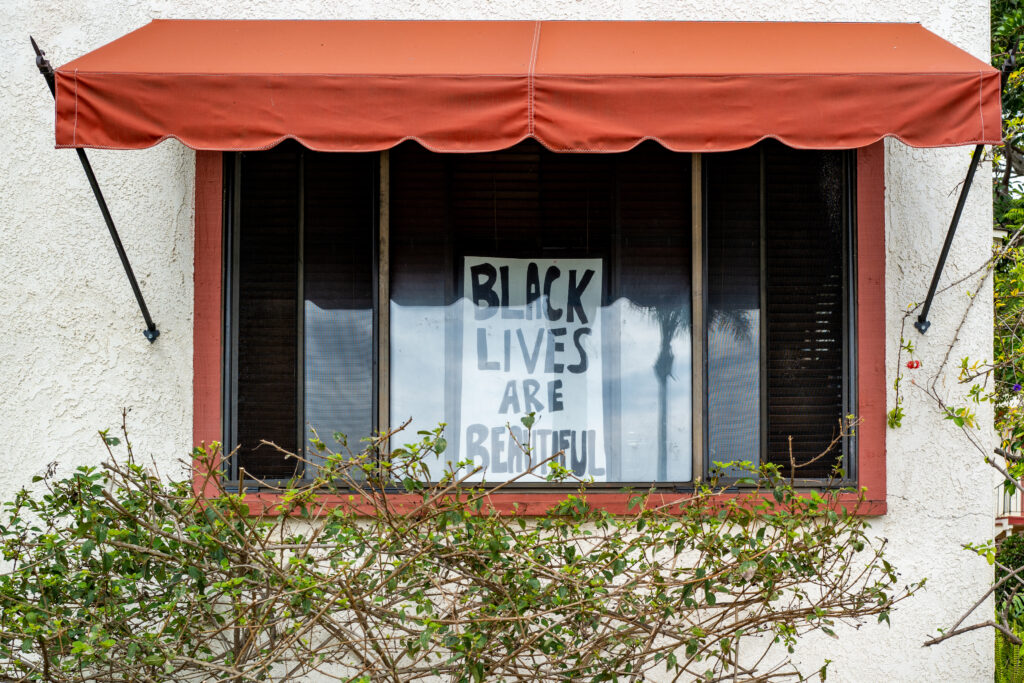 For more than a year, a handmade “Black Lives Matter” sign beckoned from the window where Shy typically sunned. My “Cats of University Heights” series profiled the kitty in February 2019. I don’t support the slogan, because BLM refers to an organization with political and social ambitions that are in many respects incongruous with righting the country’s perceived and real racial wrongs. What appears to be a grassroots group, particularly portrayed during 2020’s racial riots and protests, is something else.

Insight from the second story:

The BLM Global Network Foundation began 2020 as a fiscally sponsored project of Thousand Currents, a 501(c)(3) nonprofit that had served as its sponsor since 2016. But as CRC first reported in July, that sponsorship was transferred to the Tides Center, one of a group of related left-of-center nonprofits that had combined 2019 revenues in excess of $800 million. Even more interesting, perhaps, is an Associated Press report from February 2021 revealing that the BLM Global Network Foundation had been granted its own IRS tax-exempt status in December 2020. This means that going forward it will be required to file Form 990 returns with the IRS…

Black Lives Matter is almost certain to continue playing a major role in American politics, especially within the Democratic Party and across the Left more broadly. Hence, it will become increasingly important to understand how the principal entities associated with the movement are organized, who leads them, and (to the extent possible) their donors and financials.

My three immutable rules (and, yes, there are others) as a journalist:

The Who benefits? question is relevant with respect to the BLM organization. Usually following the money answers. I ask, even as an informed citizen reading about a group rather than directly reporting about it. I encourage you to take a look at these two CRC stories and do some additional research about BLM—and I would say that about any group with political or social agendas. Do they sync with the org’s stated objectives—or your own values? I can’t answer for you.

I wonder how this sentiment relates to or derives from “Black is Beautiful”—the half-century-old movement and slogan. BBC and Smithsonian each offers historical and current context perspective on the phrase. Dek from the latter:

The phrase ‘black is beautiful’ referred to a broad embrace of black culture and identity. It called for an appreciation of the black past as a worthy legacy, and it inspired cultural pride in contemporary black achievements.

Particularly if you’re white, read the Beeb and Smithsonian stories, if nothing else linked to from this post. Better yet: All.