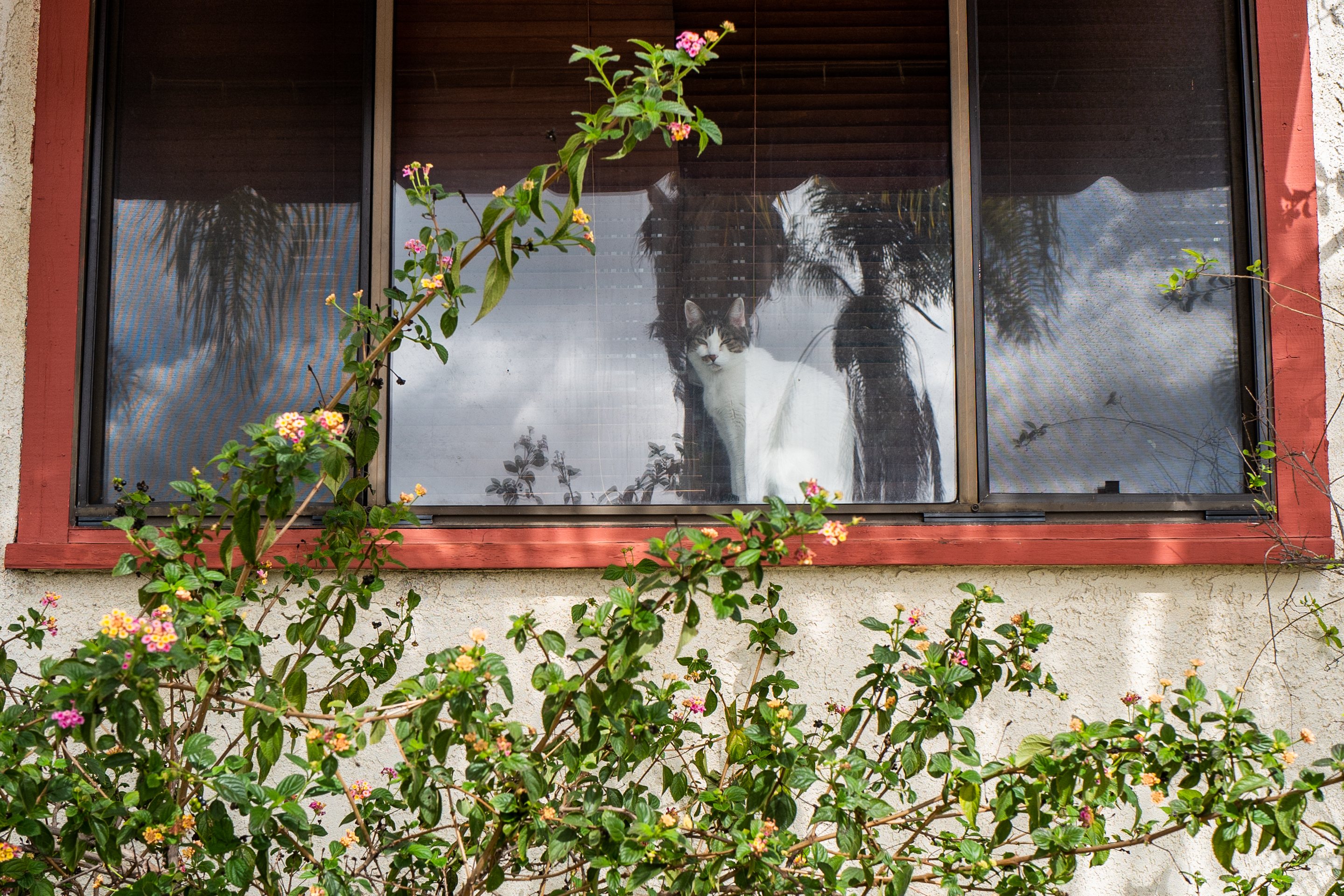 Happy Caturday! Meet our thirty-sixth behind-the-window watcher, whom I have seen several times over the past few weeks. During the portraiture session a couple days before the Featured Image, a young man returning home said that was his kitty, Shy, looking out. None of the shots, taken with Google Pixel 3, precisely auto-focused on the shorthair.