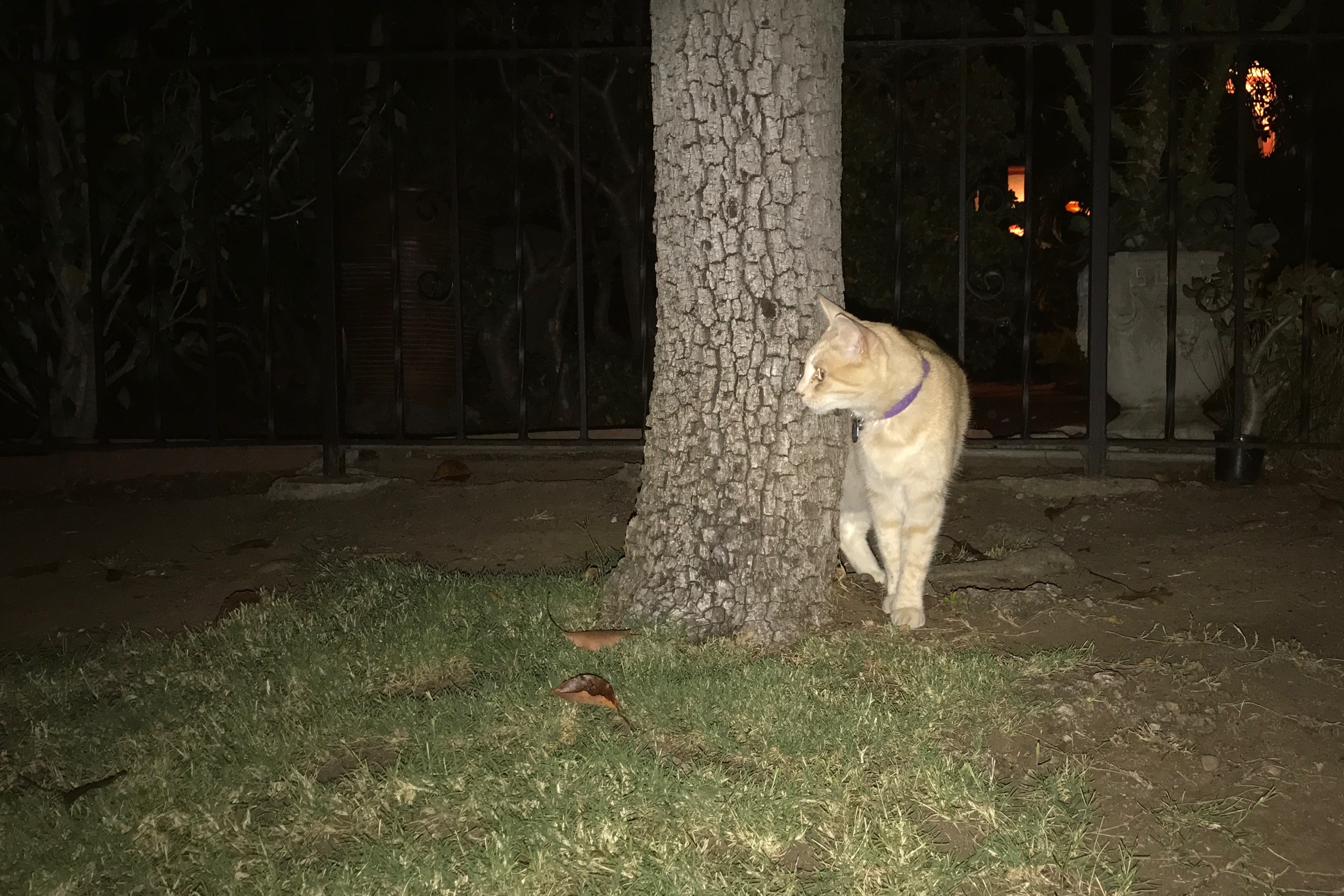 Five evenings ago, October 22, I searched for felines to feature in this series, knowing how they come out at dusk. Around 6:48 p.m. PDT, one approached meowing fervently as I walked up Meade Ave. from Park Blvd. in front of Windsor apartments. My name for the collared cat is Needy, for kneeding the sidewalk while I rubbed his head.

I brought along Fujifilm X-T1, thinking to capture a good low-light portrait. But by the time Needy and I met, where, and constantly moving, I couldn’t capture a clean, crisp photo. So, four minutes later, I hauled out iPhone 7 Plus and turned on the flash. Then I got lucky. The kitty rubbed up against a tree, pausing and pulsing in a way that looked like marking to me. Featured Image vitals: f/1.8, ISO 25, 1/16 sec, 3.99mm. I did some light post-production editing, mainly sharpening. This was our first encounter. 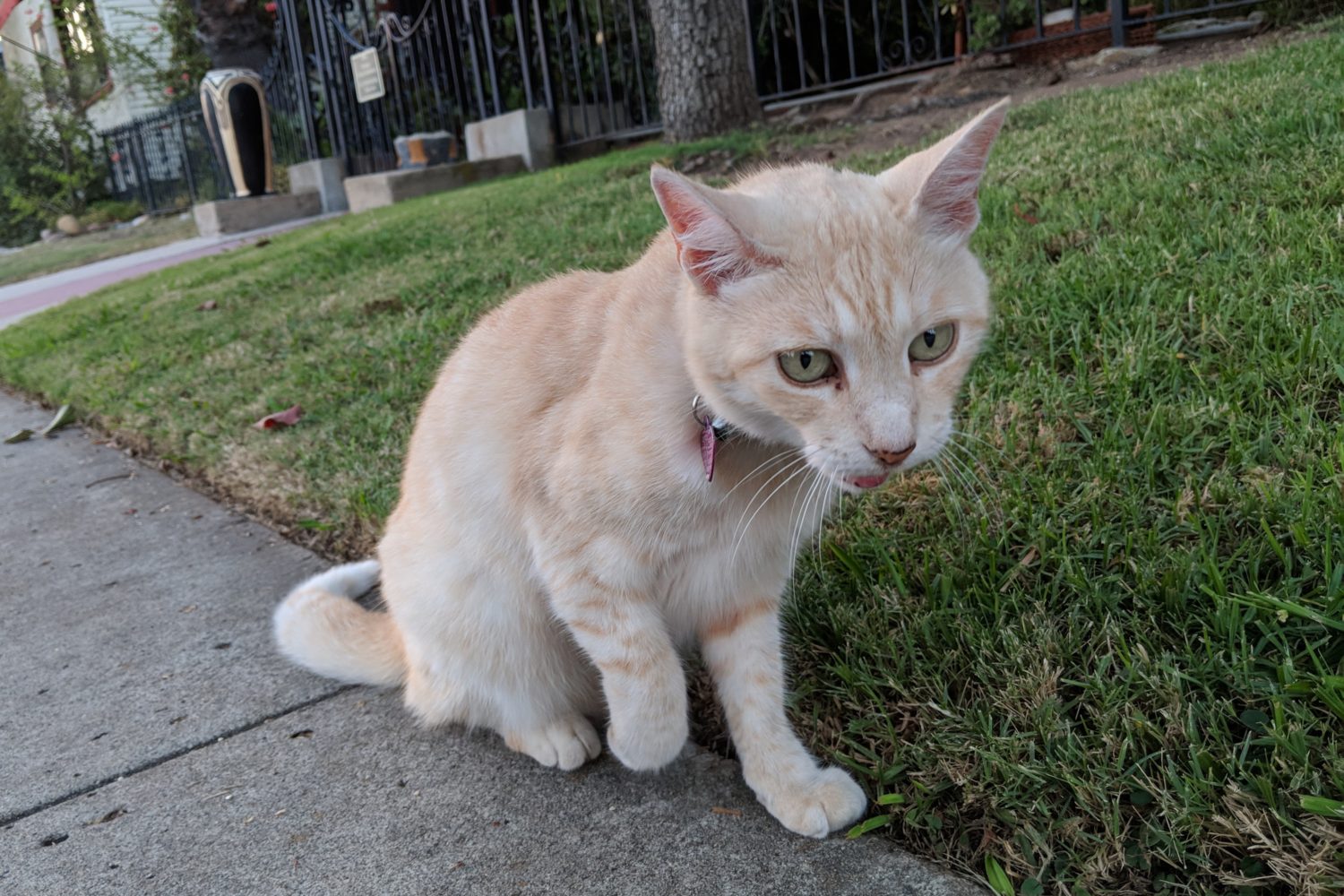 Update, Aug. 19, 2018: Twenty months after our first meeting, the ginger tabby sought attention from passersby along the same sidewalk around the same twilight. Ha! Same collar, too, with tag visible enough to read. Hello, Honey Bunny! But still needy (lowercase now), and even rising on haunches for pats. I shot the additional portrait using Google Pixel 2 XL. Vitals: f/1.8, ISO 162, 1/124 sec, 4.459mm; 7:21 p.m. PDT, which was eight minutes before sunset.