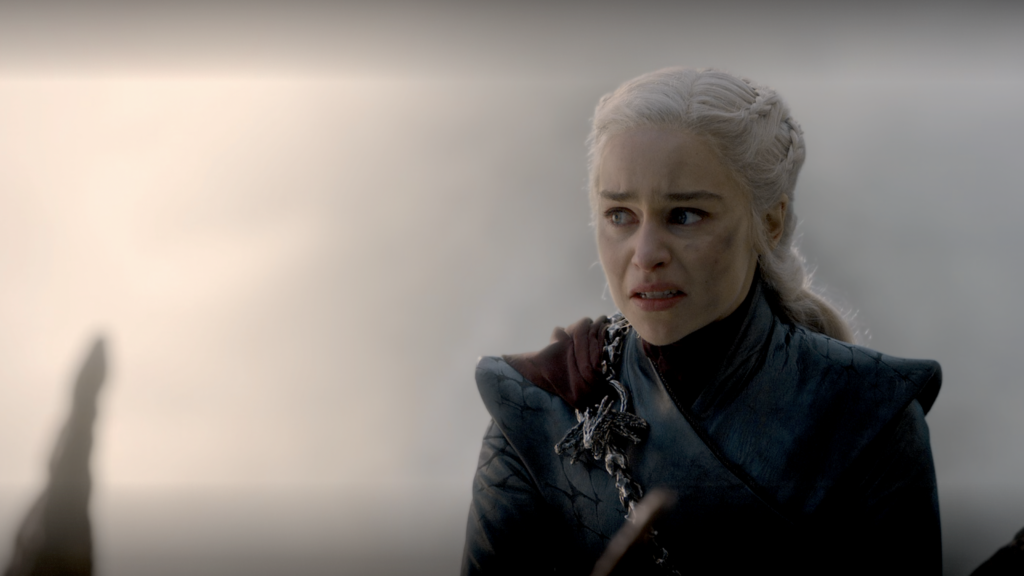 Over the last couple of weeks, I watched the original “Game of Thrones”, all eight seasons, streamed from HBO Max. My overall impression is much better—with respect to the final, tumultuous episodes that had many fans screaming loud criticism. Continuity is stronger storytelling viewed as a flow from first to the last—stark (no pun intended) difference during the final airing in 2019, when weekly nail-biting waits created so much anxiety and animosity about how the show runners chose to end a story that had advanced beyond the source material (In 2022, George R.R. Martin has yet to catch up the books).

I have two major complaints, though, and both are with the last episode. (Spoilers start here, so stop reading if you haven’t watched the series.) Jon Snow asks Tyrion Lannister about murdering the Dragon Queen: “Was it right? What I did. It doesn’t feel right”. Her death feels wrong. Whoever wrote the dialogue was right to ask the question. Daenerys Targaryen had overcome so many obstacles to reclaim the Iron Throne, only to have everything snatched away so carelessly by a wimpish hand. If Jon Snow had been a fraction of the man that Daenerys was woman, maybe the betrayal would have been better received—or better storytelling, if not at all.

My other gripe is about Arya Stark. Her departure into the unknown sets up possible spin-off series. Arya is by far my favorite character, and a show following her adventures could have had so many storytelling possibilities—world creating stuff that should make any show runner salivate over each and every script. Instead, we have the pretentious, overly produced prequel “House of the Dragon”, which exists within the worldly confines loosely established by Mr. Martin’s books.

Completing one episode of the new series compelled me to rewatch “Game of Thrones”. I wanted context and storytelling perspective before continuing.

The screenshot is from second-to-last GoT episode “The Bells”, of an anguished and angry Daenerys Targaryen before she chooses to scorch Kings Landing from atop dragon Drogon.