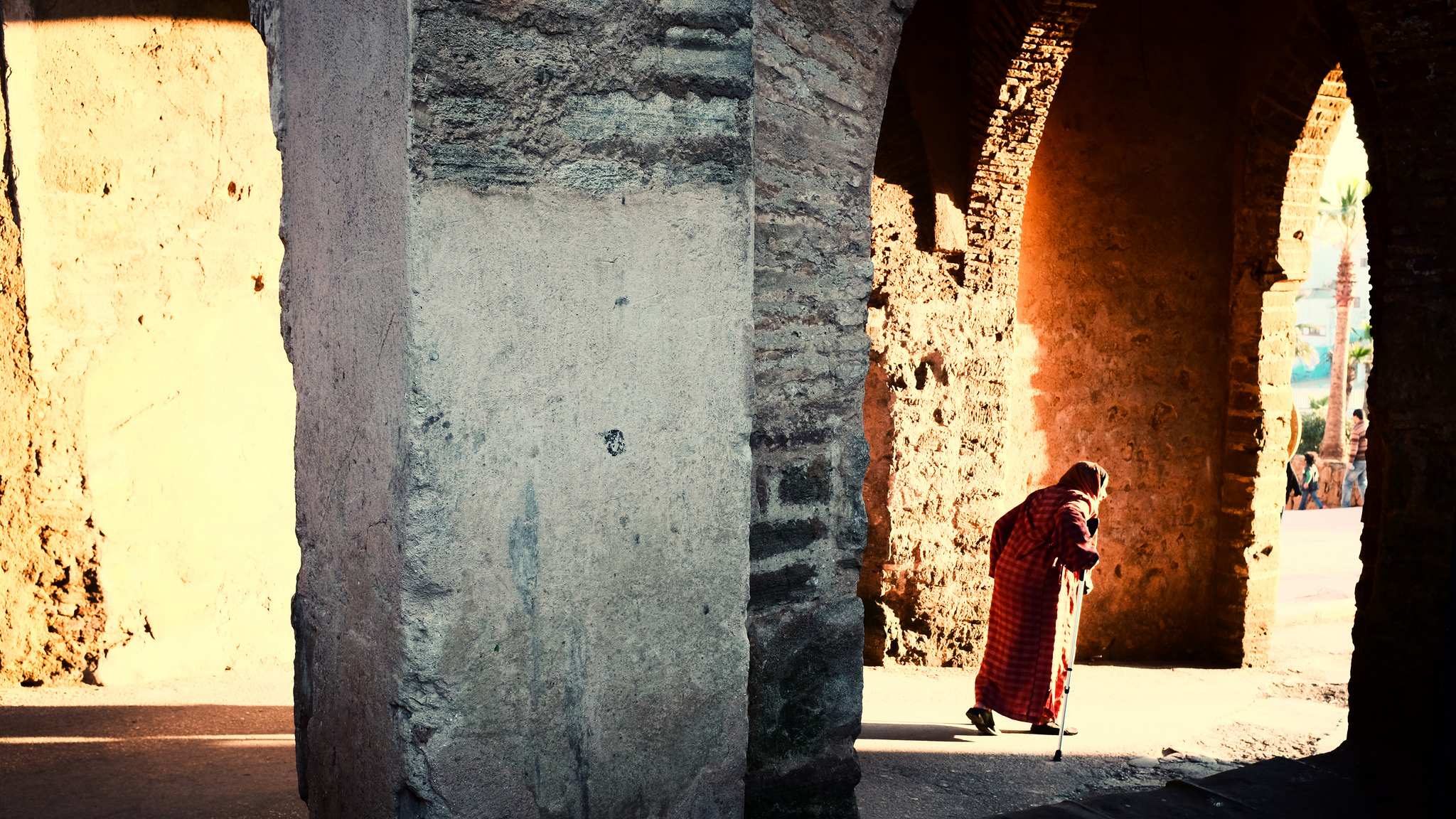 If you asked reasons for today’s selection, several would stand out. Top of list: Exhaustion that makes me identify with the subject. That’s how I feel after searching the photostream of Oliver Degabriele; I could choose any and most every image for the Day. Composition, color, and contrast also appeal, and I find something old-worldly and interesting about self-titled “Old Lady”.

But I like “Soundcheck” as much, but passed even though it more topically represents the photographer, who also is a musician. As the series progresses, increasingly my choices are influenced by previous picks. We bad musical performance themes on Days 12, 16, 92, and 100.

Oliver captured the photo on Jan. 28, 2015, somewhere in Morocco. He lives in Paris. Vitals: f/5.6, ISO 800, 1/120 sec, 23mm. He used the Fujifilm X100S, which is a fantastic professional compact—or so I presume, having owned the original X100 and currently the X100T. The original Fuji series is ideally designed for street photography, for which Oliver makes breathless use. Do explore his photostream and you will better understand my meaning.

Self-described musician and photographer, he joined Flickr in September 2005. Check out his personal website for more depth on his work.