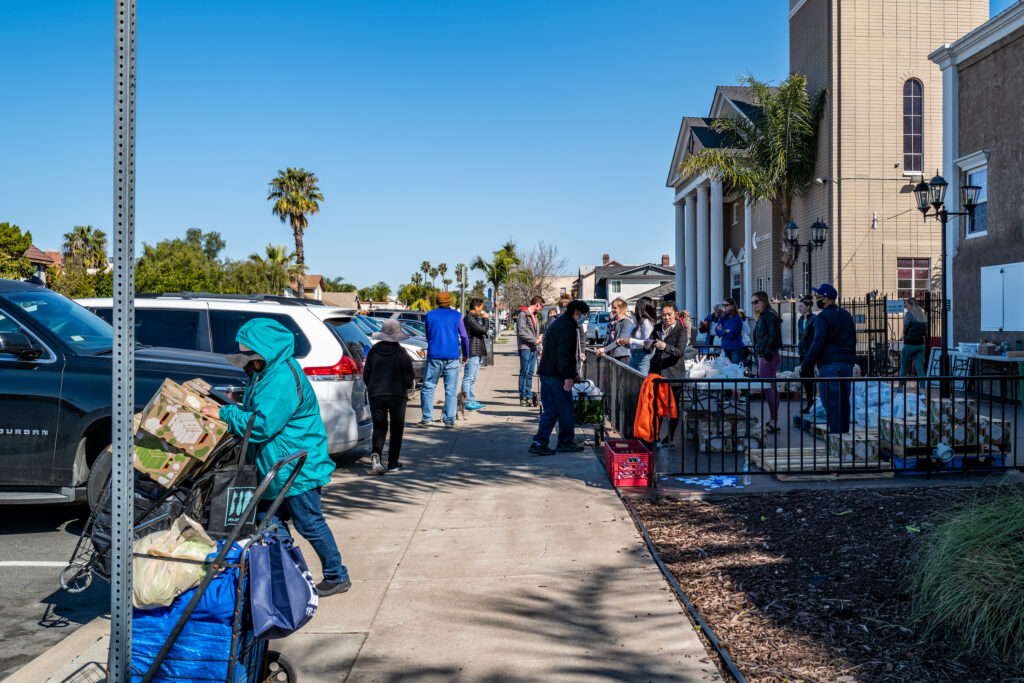 While walking along Oregon Street in North Park today, my wife and I unexpectedly came upon free food distribution outside Grace Church. Most of the gathered recipients were elderly, and they are a population often hiding in plain sight. There are many somewhat unkempt houses scattered about this San Diego neighborhood and those adjacent. Within may live someone older, or retired, who owns the property but lives on meager fixed-income in an area with rapidly rising cost of living.

Homeownership isn’t wealthiness if you are aged, attached to where you live (meaning not wanting to move), but barely able to manage ongoing expenses, which could include food. Tell you this: I saw no heavyweights waiting in line. This was a lean lot. 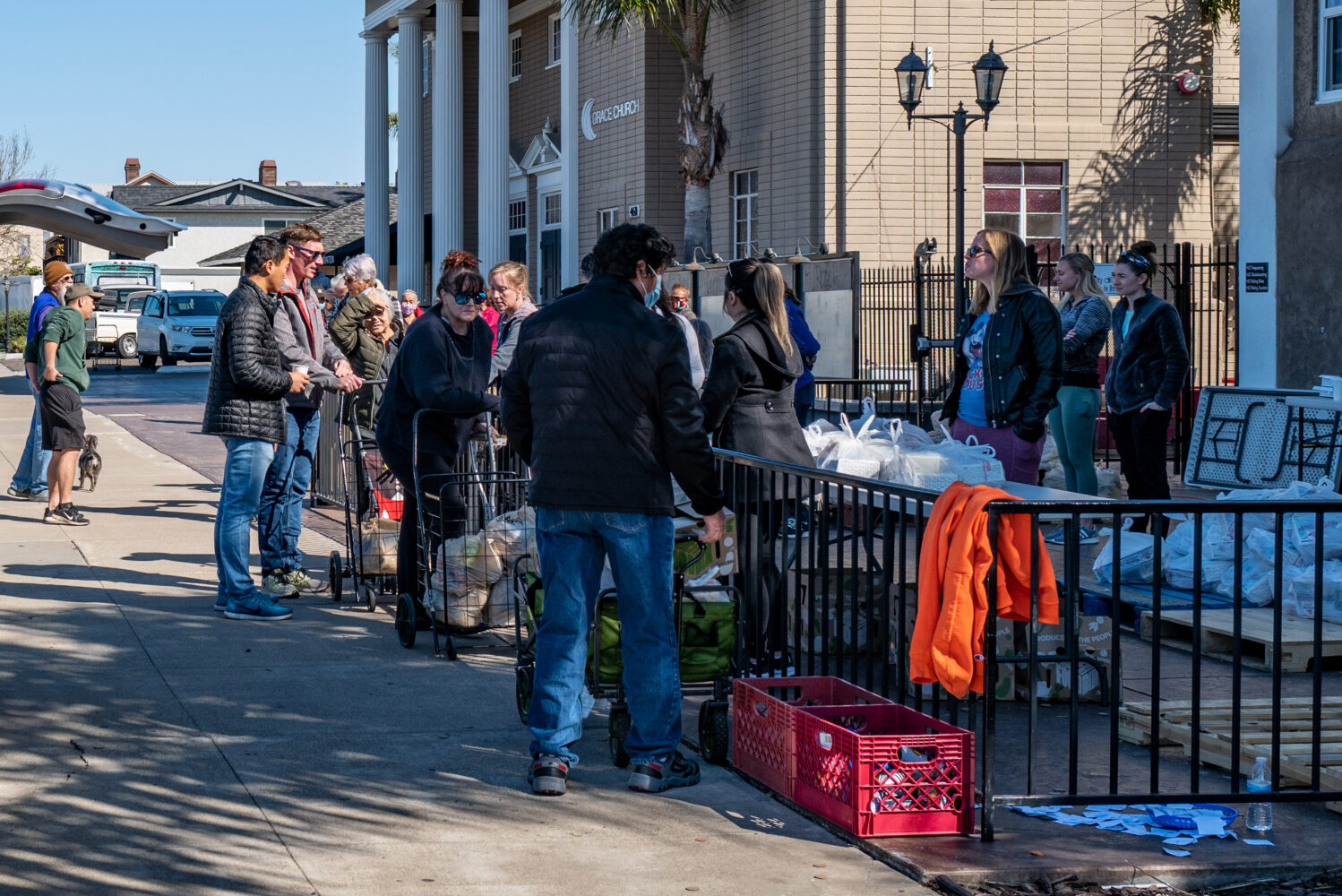 Someone correct me if mistaken: I believe that partial name is all the church shares with Grace Tower, a senior-living apartment building located 2 kilometers (1.3 miles) distance on Park Blvd in Hillcrest. Absolutely some of the recipients could have come from there as well—perhaps most, if bused in. That said, everyone I saw leaving with food walked and pushed one of those personal shopping carts.

Let’s discuss the photos. Taken using Leica Q2, the Featured Image and color companion are lessons in perspective. A rather long line of people waited to receive food, but none are visible in the first pic and just a few can be seen in the second. Vitals, aperture manually set for both: f/5.6, ISO 100, 1/400 sec, 28mm; 10:09 a.m. PST. The other is same but 1/500 sec, one minute later. 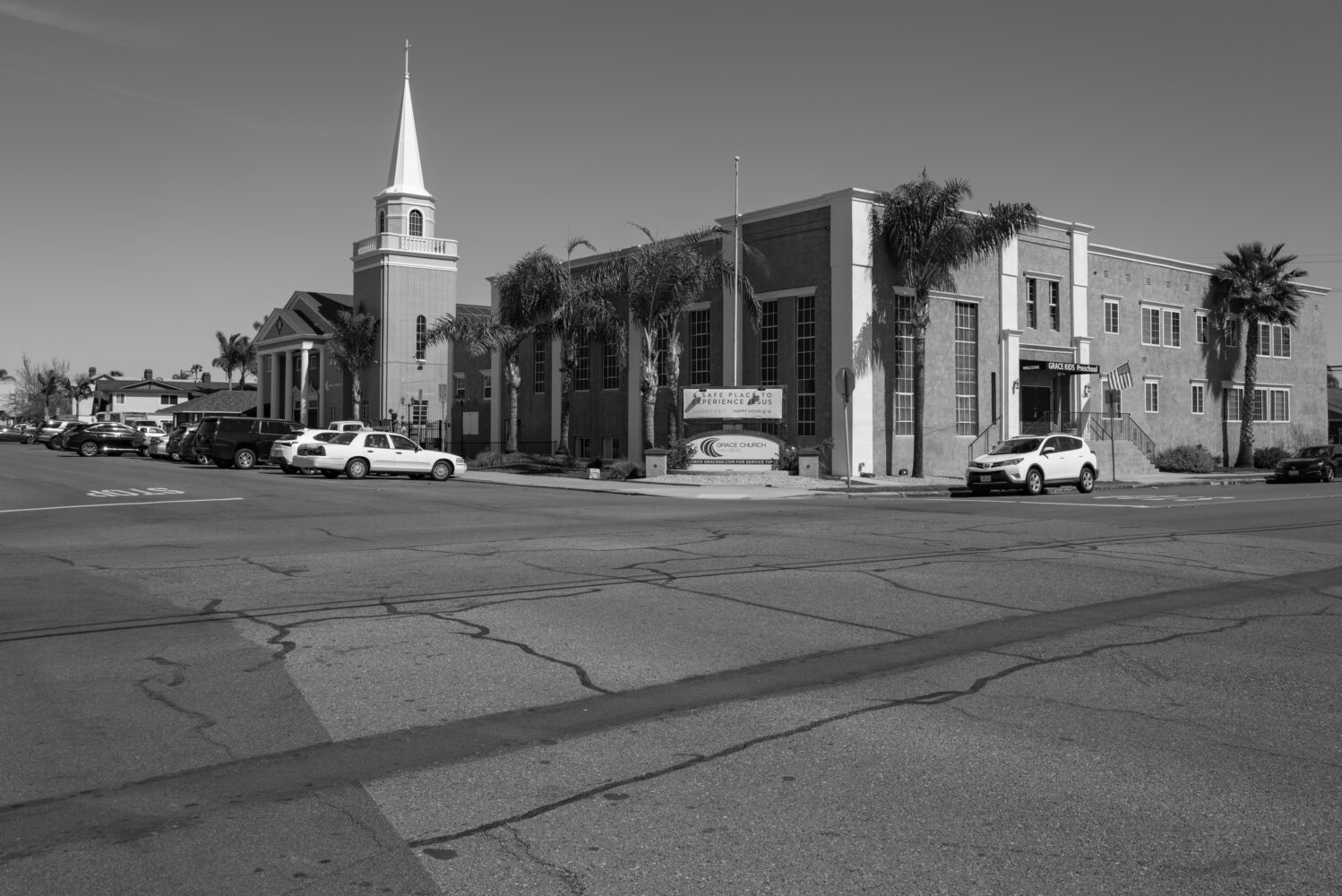 I eventually returned, lugging Leica Q2 Monochrom, hoping to get a becoming black-and-white shot. Unfortunately, volunteers had closed up the giveaway. But I asked one of them about frequency, and she said that the free food distribution is a monthly event.