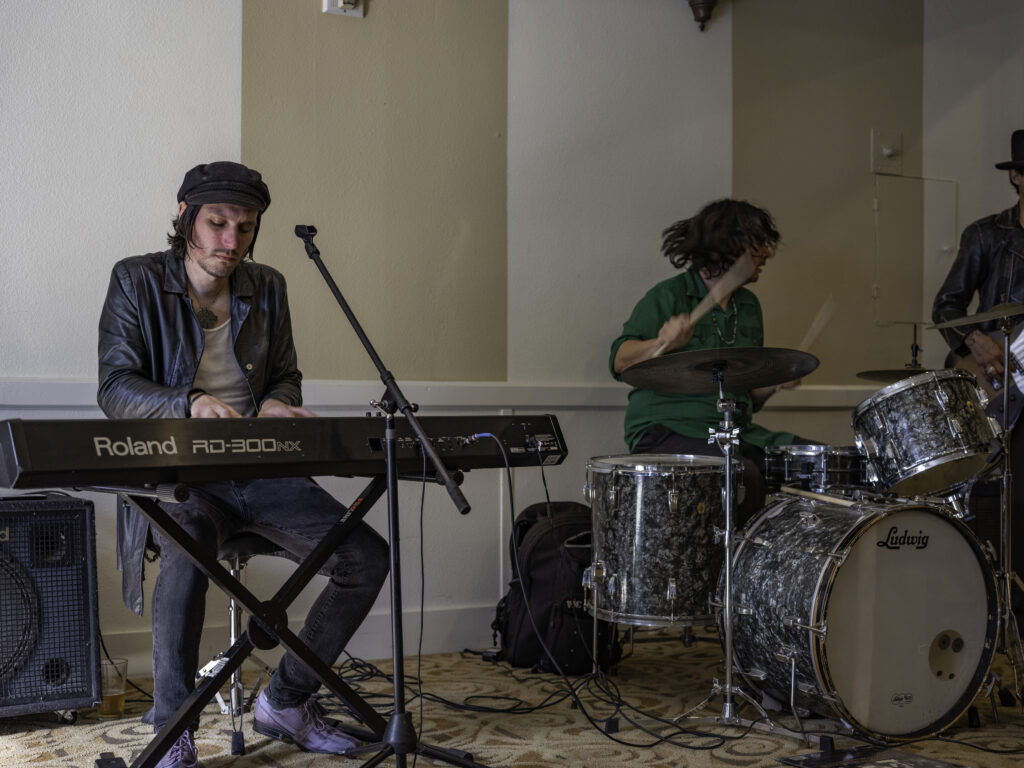 I absolutely have no idea who these guys are. On March 3, 2019, I came upon a parade along The Boulevard in San Diego neighborhood University Heights that ended at the iconic Lafayette Hotel, where festivities continued, including this performance.

The lead singer is out of frame. After some consideration, I chose not to crop out the guitarist, who is partially obscured.