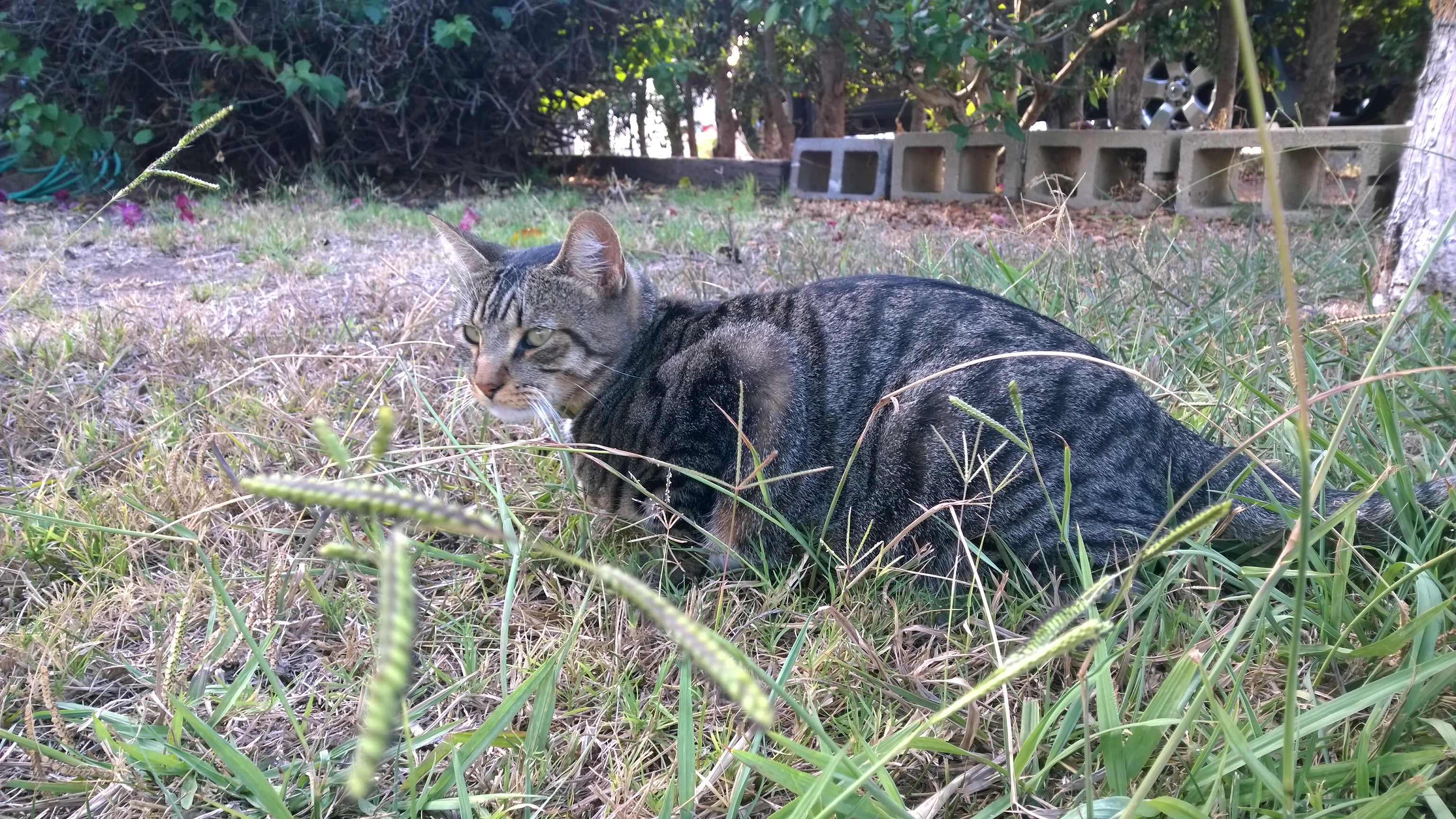 Now here’s a photo I don’t recall shooting, on Aug. 12, 2014, at 6:20 p.m. PDT, using Nokia Lumia Icon. I captured San Diego Comic-Con 2014 using the Windows Phone—and with surprising satisfaction. But my then fascination with Android and frustration with app gaps (like everything Google) led me to later abandon the handset.

There are three photos of whom I call Hunter, with the Featured Image being the best (another shows the cat’s mustard yellow collar). I assume he’s still a living beast (and not otherwise featured in this series because of my inability to tell one furball from another). GPS mapping puts the location on Cleveland Ave., midway between Meade and Van Buren. Vitals: f/2.4, 1/26 sec, ISO 100.