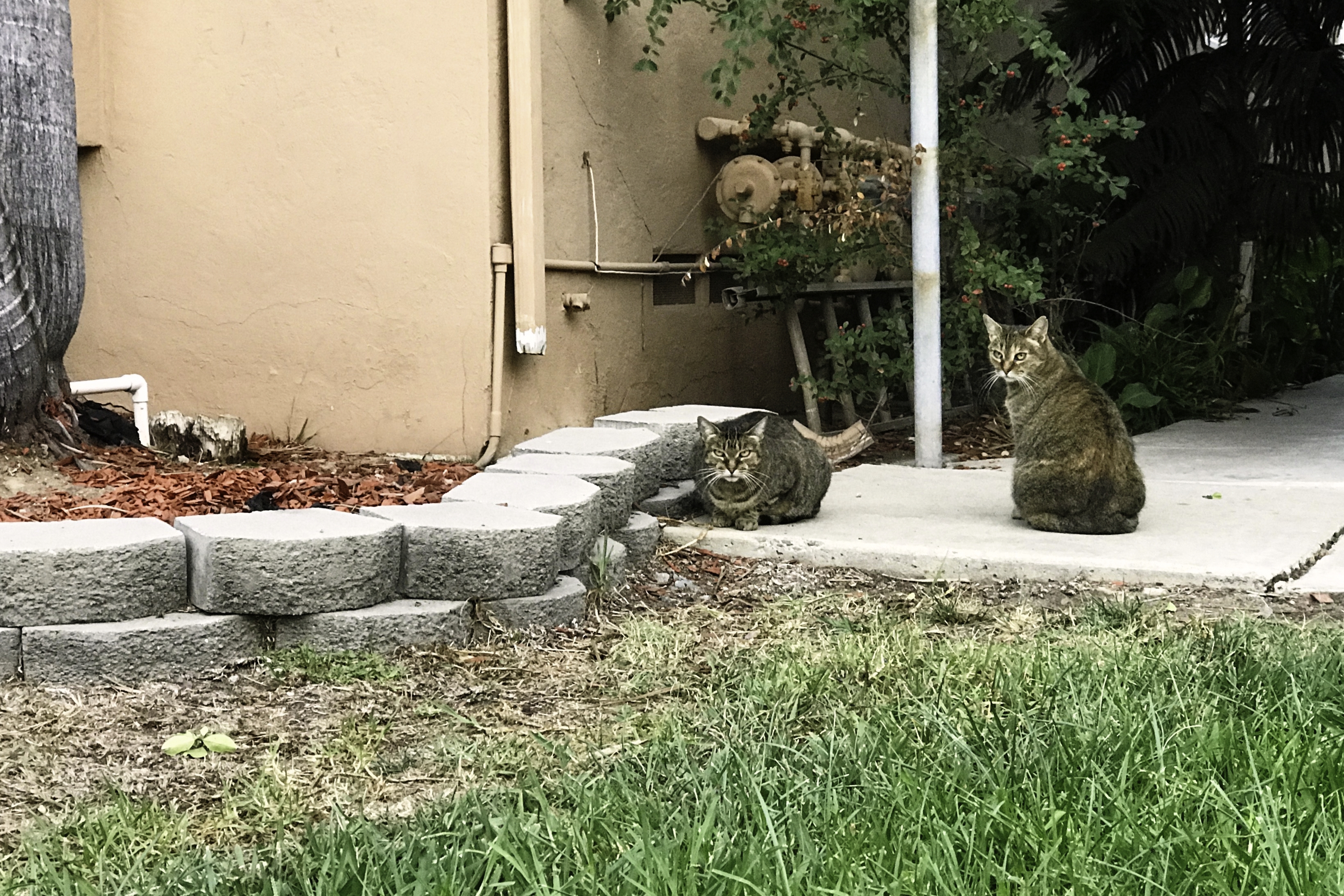 This is bit of a double repeat. On Oct. 26, 2016, the series featured the cat on the right as Stretch. Two days later, I spotted the pair together, and in rare occasion captured them both looking out, rather than one of them turned away. BTW, both beasts also appear in March 22, 2016 post “Here, Kitty, Kitty“.

Or am I mistaken? Because further comparing the photos from March and October, the cats do look somewhat different to me. Location is the same, but what is the chance that two different pairs hang out at the same place?

I shot the Featured Image, at 5:48 p.m. PDT, using the iPhone 7 Plus second camera as 2X optical zoom. I am dissatisfied with the overall image quality, which isn’t crisp. Granted, ambient light is low being near sunset, but the auto-set ISO isn’t all that high. In Alien Skin Exposure X, I applied the Kodak Ektar 100 filter, which intensifies the contrast and saturation. Vitals: f/2.8, ISO 160, 1/60 sec, 6.6mm.