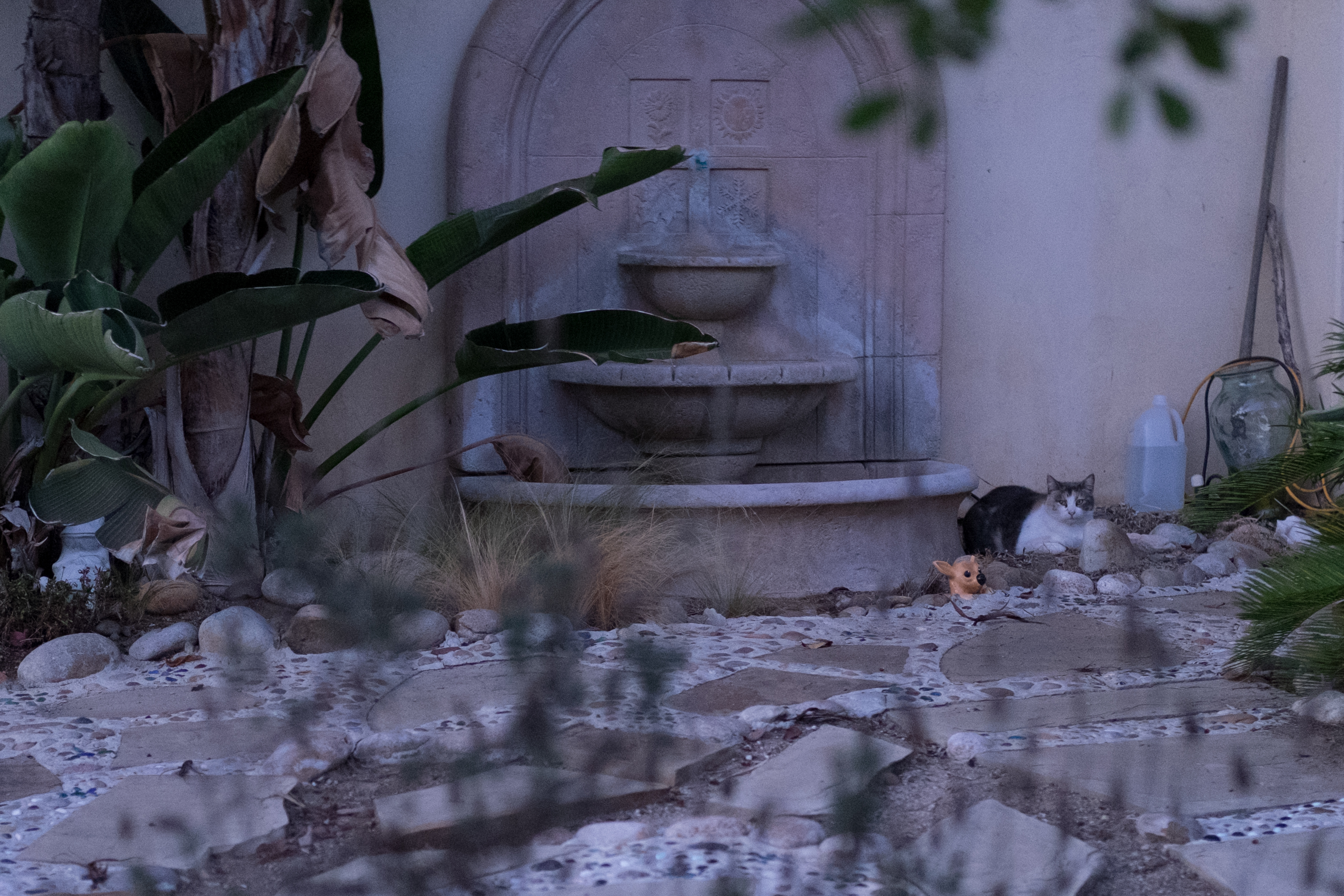 Sometimes the best cat pic isn’t the one you want but what you can get. Yesterday afternoon, I walked through a new part of the neighborhood, around Arch and Meade streets, looking for furballs to shoot. At 5:06 p.m. PST—about 15 minutes after sunset and already quite dusk—I spotted a kitty across a front yard resting against a wall. The day had been remarkably hot, even for San Diego in autumn, and the air was still a balmy 31 degrees celsius.

For low-light shooting, I had outfitted the Fujifilm X-T1 with prime lens—Fujinon XF35mmF2 R WR—so there was no way to zoom in, which would have been so useful. What you see is an approximately 70-percent crop, deliberately framed by foliage. Featured Image vitals: f/2, ISO 4000, 1/60 sec, 35mm.