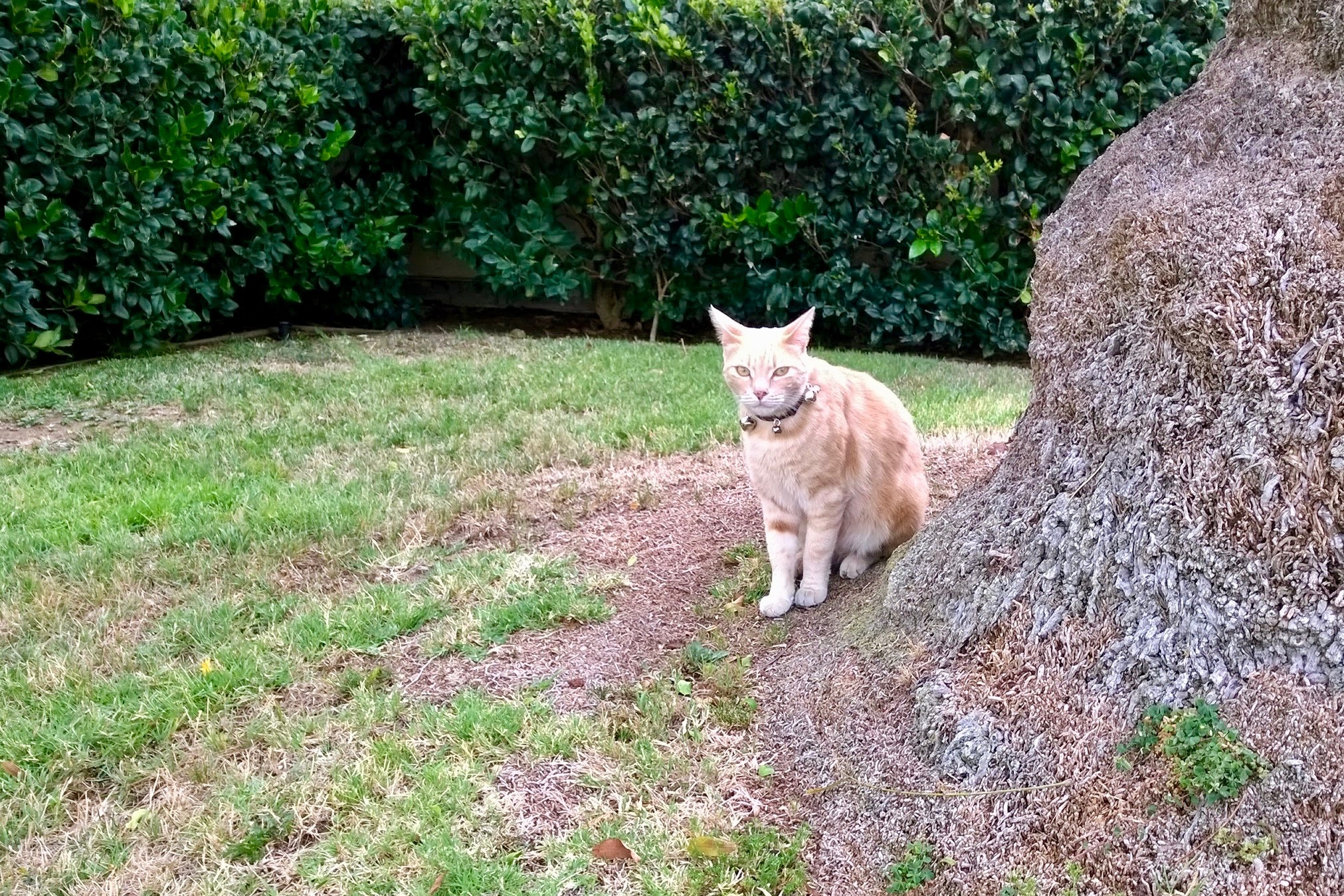 One month ago, I began this series depicting furballs roaming around my neighborhood. The postings will continue but at slower pace than one-a-day. Hell, how many domestic cats can there be here? I don’t expect to find many more new ones. But who knows?

Today’s portrait is a kitty I call Bell (real name unknown). The Featured Image a rare street-side sighting, at Cleveland and Monroe, shot on June 28, 2014, at 6:47 p.m. PDT using Nokia Lumia Icon. The cat more typically is seen on Kuma’s Ledge, which is visible from the bedroom window that looks down the alley behind our apartment building. I haven’t seen Bell for a few months, though. Vitals: f/2.4, ISO 100, 0.04032 sec.