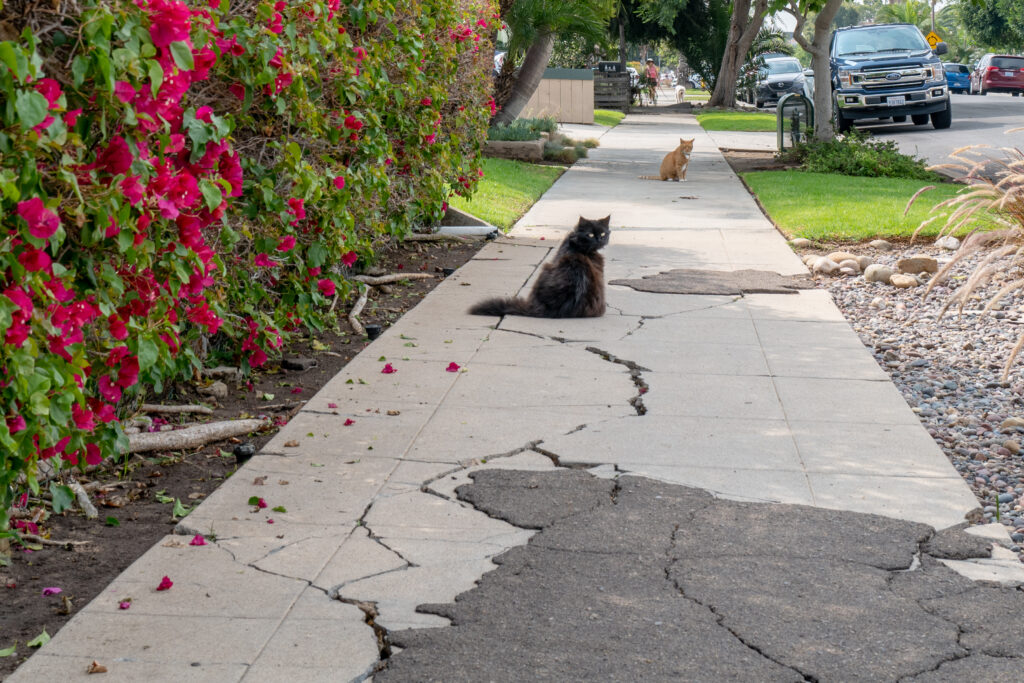 While looking for kitties to profile in my “Cats of University Heights” series, I occasionally come upon some hanging out together—as is the case with the Featured Image, captured on Sep. 25, 2021. Vitals, aperture manually set: f/8, ISO 125, 1/125 sec, 28mm, 10:26 a.m. PDT. Daniel Tiger approaches Darth Mew. The cartoon character-named orange lives on Louisiana, while the Star Wars black often hangs out there.

A better pairing with Darth Mew is the photo essay accompanying Jedi (a nickname). The others are less friendly: A stand-off with Ash and Bandit—and another between Goose and Jasmine. They all share territory and are not housemates. 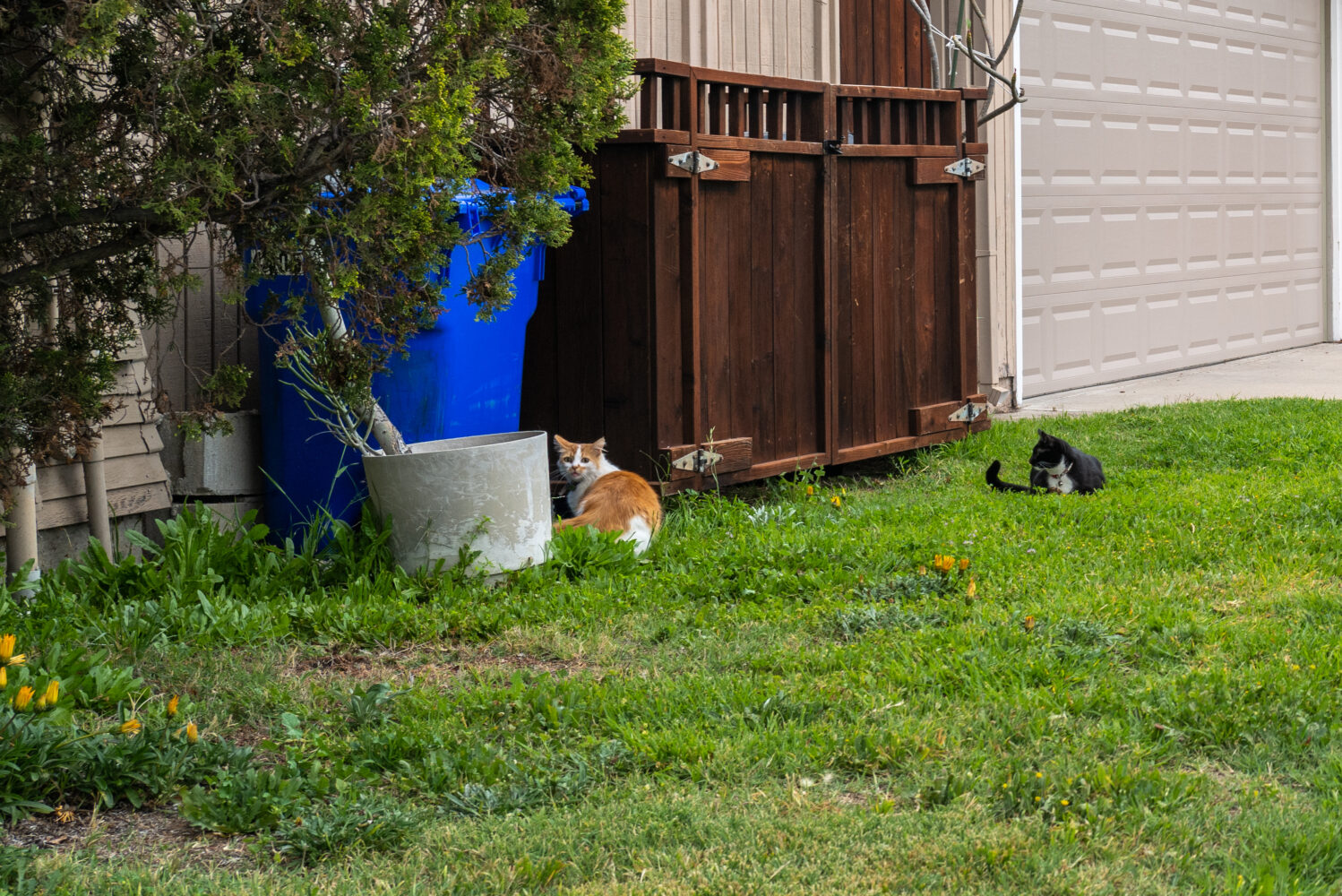 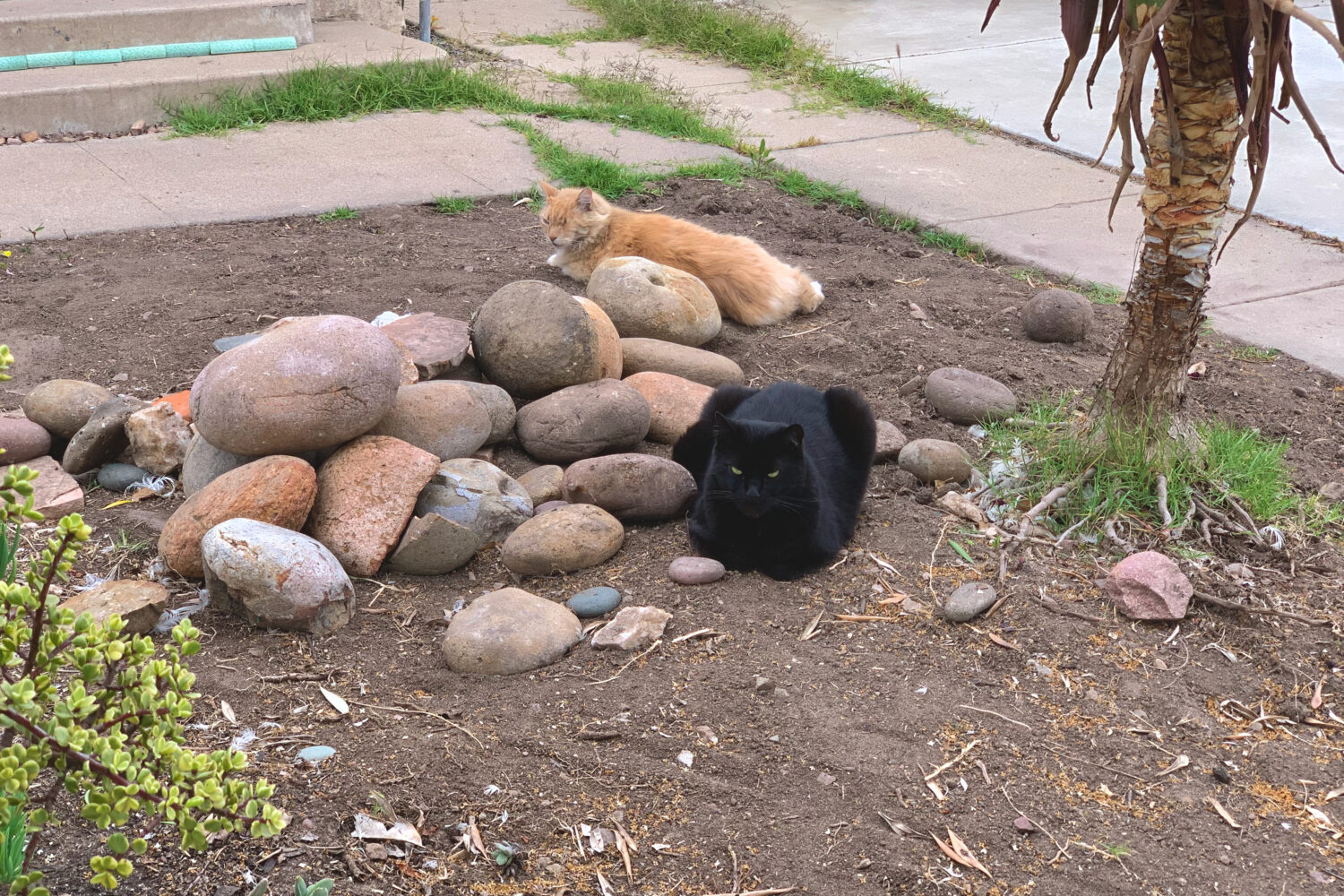