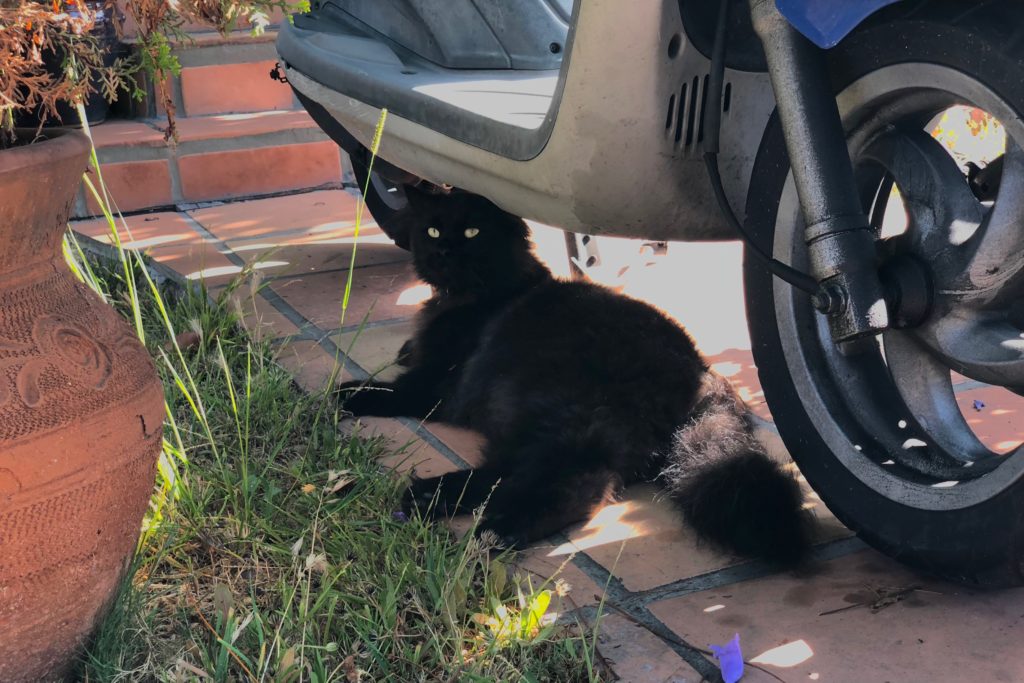 It’s a Friday doubleheader: two beasties with Star Wars names—and real they are! We follow Princess Leia with Darth Mew, whom my wife and I met on June 10, 2018. Texas Street is the neighborhood’s designated boundary, and we saw Darth just beyond as we walked in the direction of Arizona. 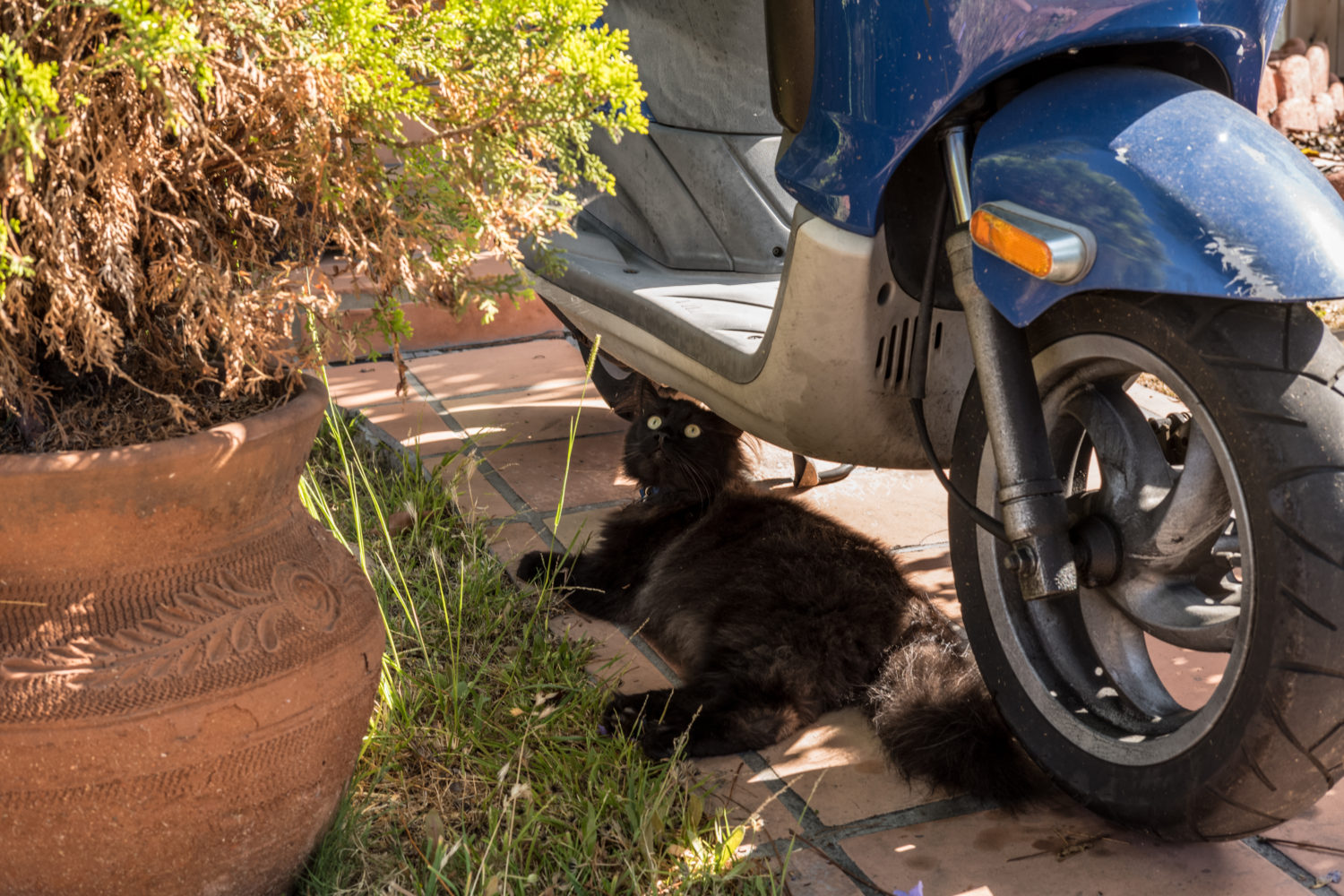 Update, Sept. 4, 2018: As I walked down Louisiana between Meade and Monroe, Darth Mew moved along the sidewalk. Texas is a busy-trafficked street, and I wondered which side he belonged on. I unsuccessfully tried to snap a pic of the phone numbers on his collar tag before he mosied into an apartment complex out of reach. While I drafted a Nextdoor post (later scrapped) asking if he was lost, Darth meowed outside a second-floor door, where he was let in. I called out to a woman, asking if he belongs to her. No. A close-by neighbor. I explained my concern about Texas, to which she answered: “Maybe he’s smarter than he looks” (or did she say “you think”).

Perhaps not coincidentally, Princess Leia made her first appearance nearby the same building.