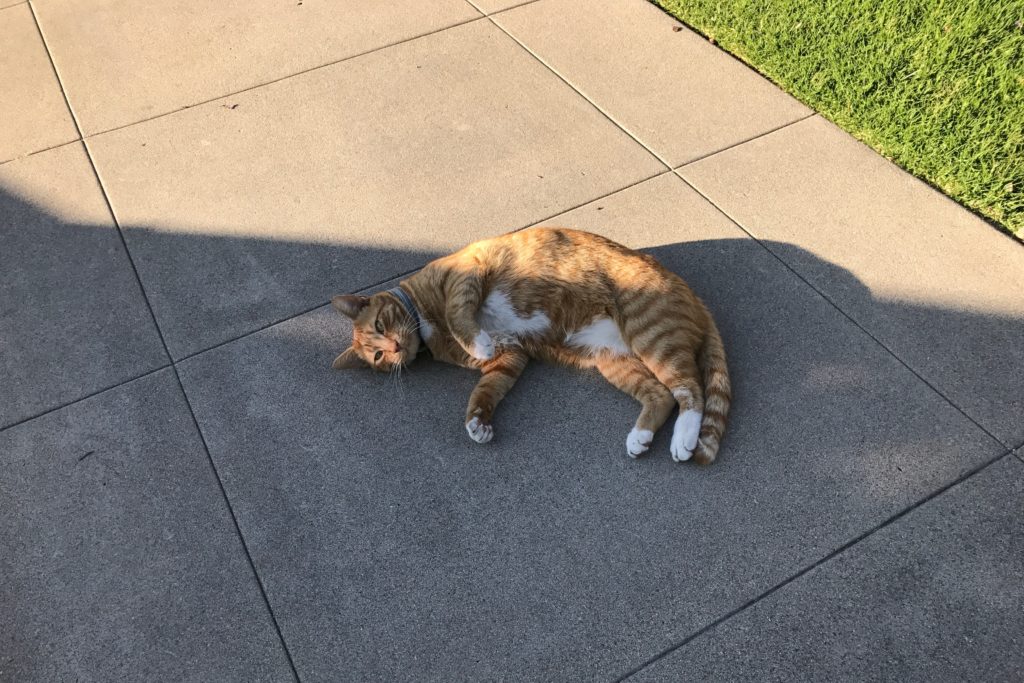 My Leica Q mistakes compounded on May 26, 2017. Earlier in the day, I forgot to change the shutter speed from the previous night’s shooting. Later, the battery died during my attempt to photograph an approaching short-hair. Doh. Who isn’t smart enough to read the charge meter in the display? Hel-l-lo? Joe? Anyone home?

While I fuddled with the camera, the kitty rolled around at my feet. Time wasted, I barely got out iPhone 7 Plus, before the furball sauntered off into the middle of the street—Louisiana, a few houses back from Monroe. Featured Image vitals: f/1.8, ISO 20, 1/634 sec, 3.99mm; 6:29 p.m. PDT.

Update Jan. 12, 2018: My wife and I encountered the kitty and got to see the name on the collar tag: Hehe, Daniel Tiger. “He is very much his own cat”, Anne said. He wandered in and around my attempts for a portrait before approaching for a whisk of attention and chance to identify him. The new photo, shot at 4:08 p.m., is cropped to remove a photo bomber behind. Vitals, from iPhone X: f/2.4, ISO 16, 1/122 sec, 6mm. 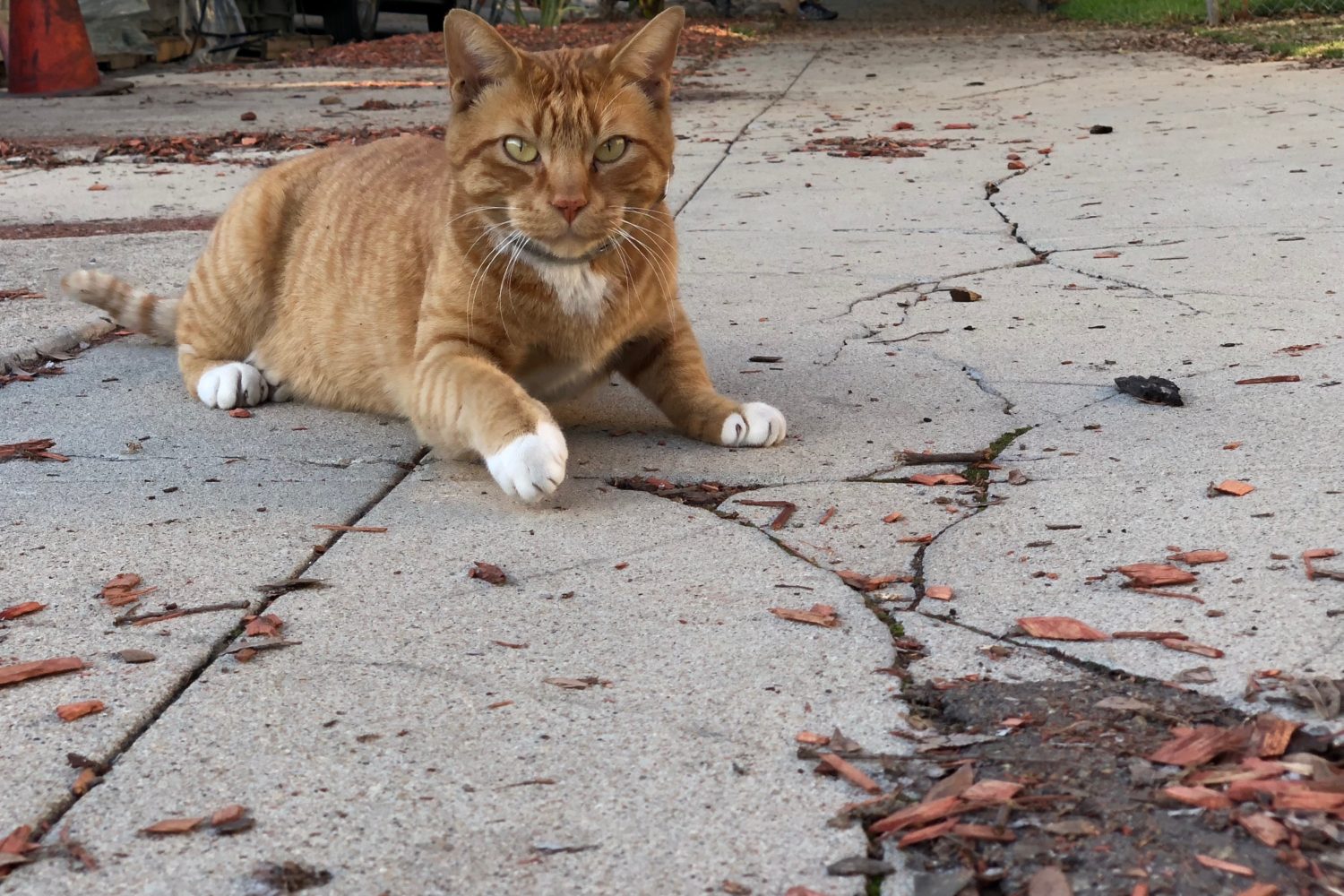