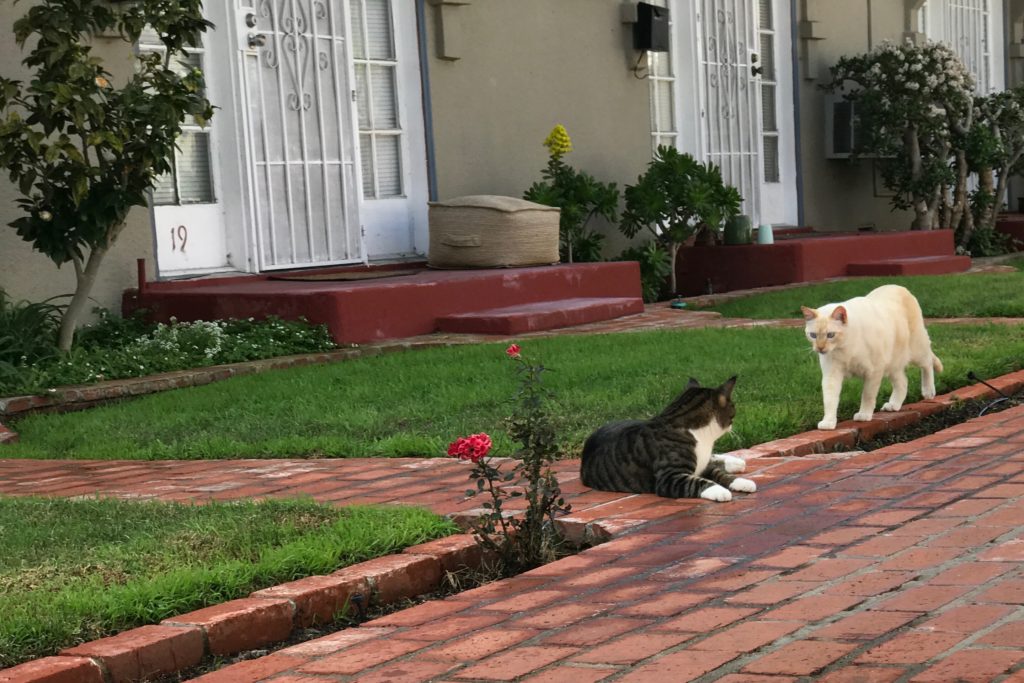 Comet (his real name) approaches Herman on Christmas Day 2016 in a courtyard off Campus Ave. Owner JoAnn named him before his white coat took on an orange tint. The energetic feline is about one year old. She adopted him from the local shelter when a four-month kitten.

I met JoAnn and her four furballs, while walking from my father-in-law’s apartment. She gives them four hours of outdoor time, regardless of weather, each Friday, Saturday, and Sunday. The accountant perennially keeps the same number of cats. Comet replaced another animal hit and killed by a car. 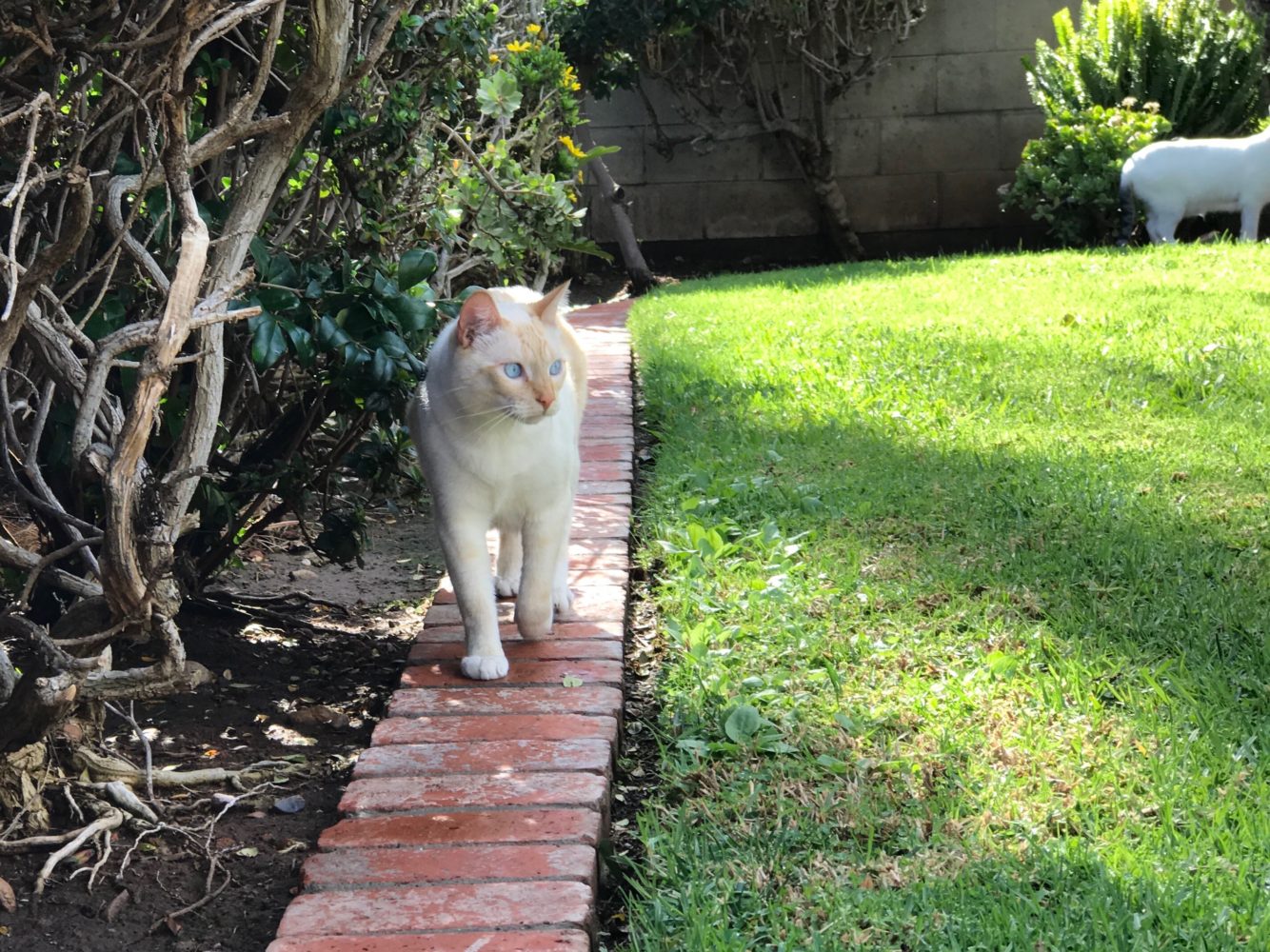 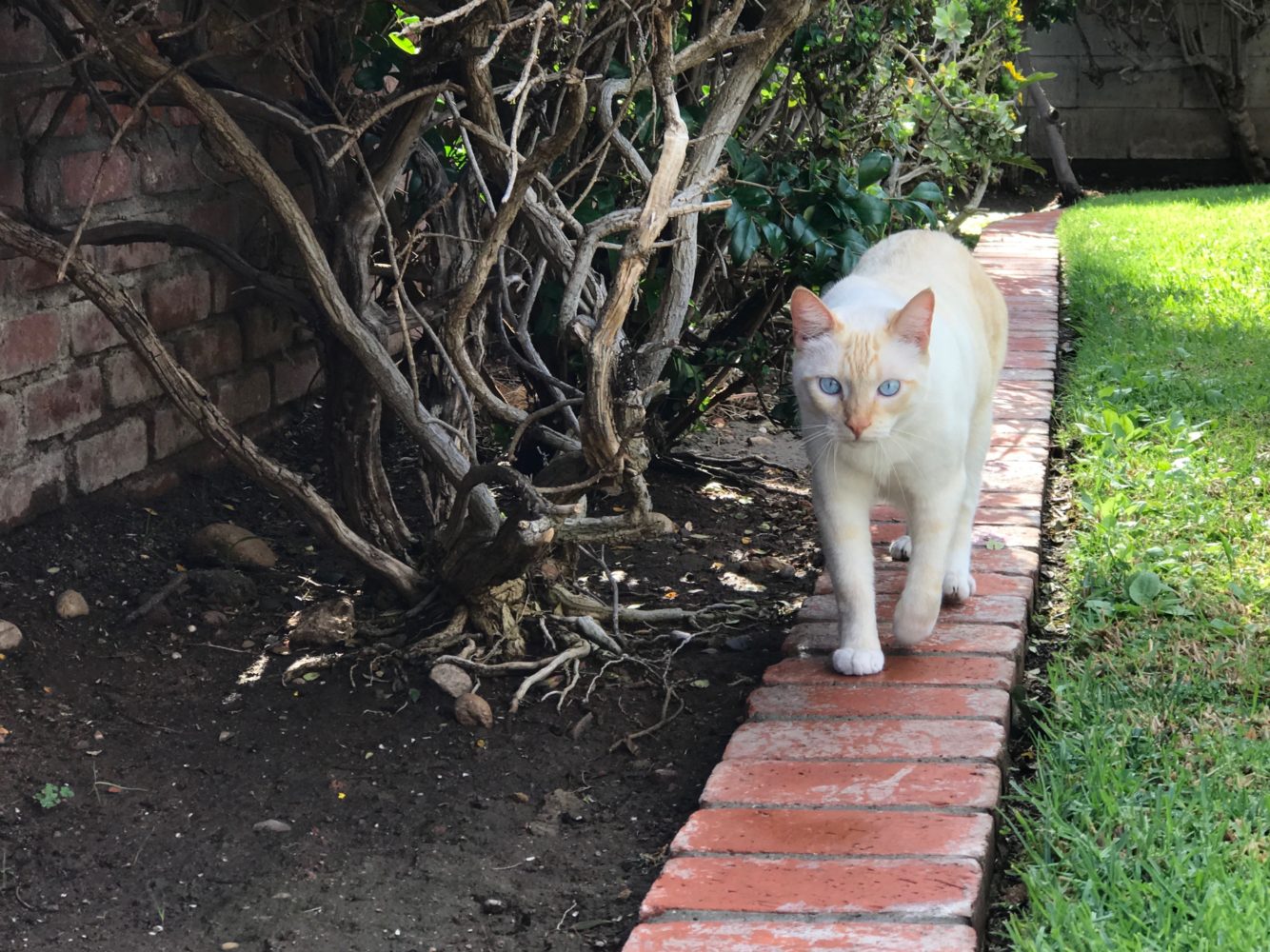