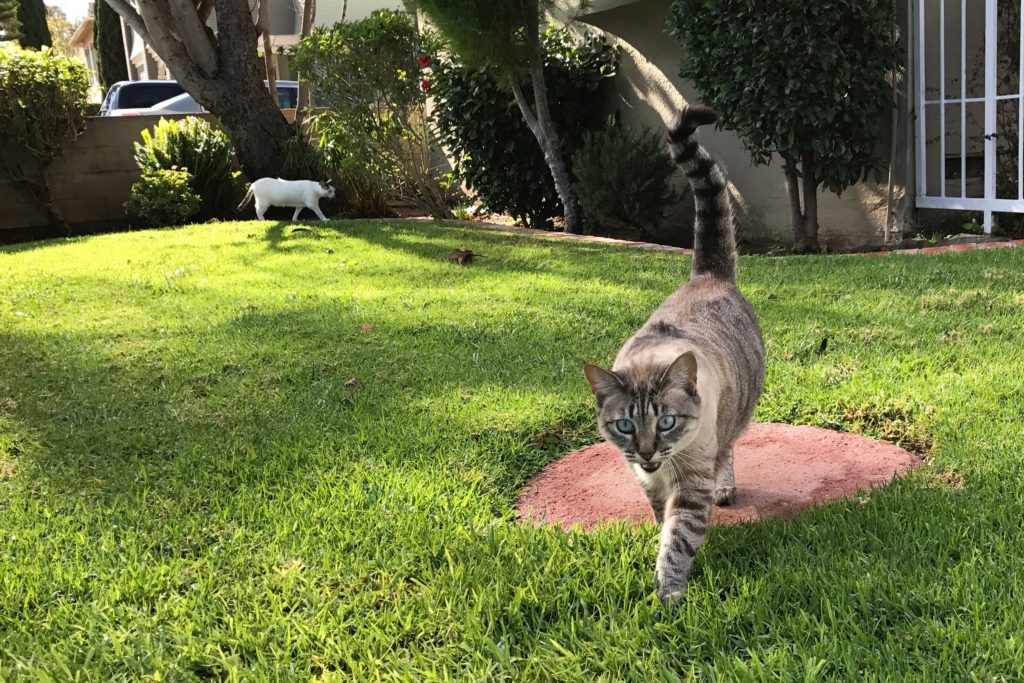 Willow approaches me meowing, as her housemate Roman circles behind. She is the only female among owner JoAnn’s four felines, whom I met on Christmas Day 2016, while walking down Campus Ave. from my father-in-law’s apartment.

The 65 year-old accountant describes her brood as “friendly”, and I absolutely agree. She expresses dismay at the disregard of some folks moving around the animals on the sidewalk. “People walk by and ignore the cats. How can you not want to stop?” She waves her arms: “All around you is life”. 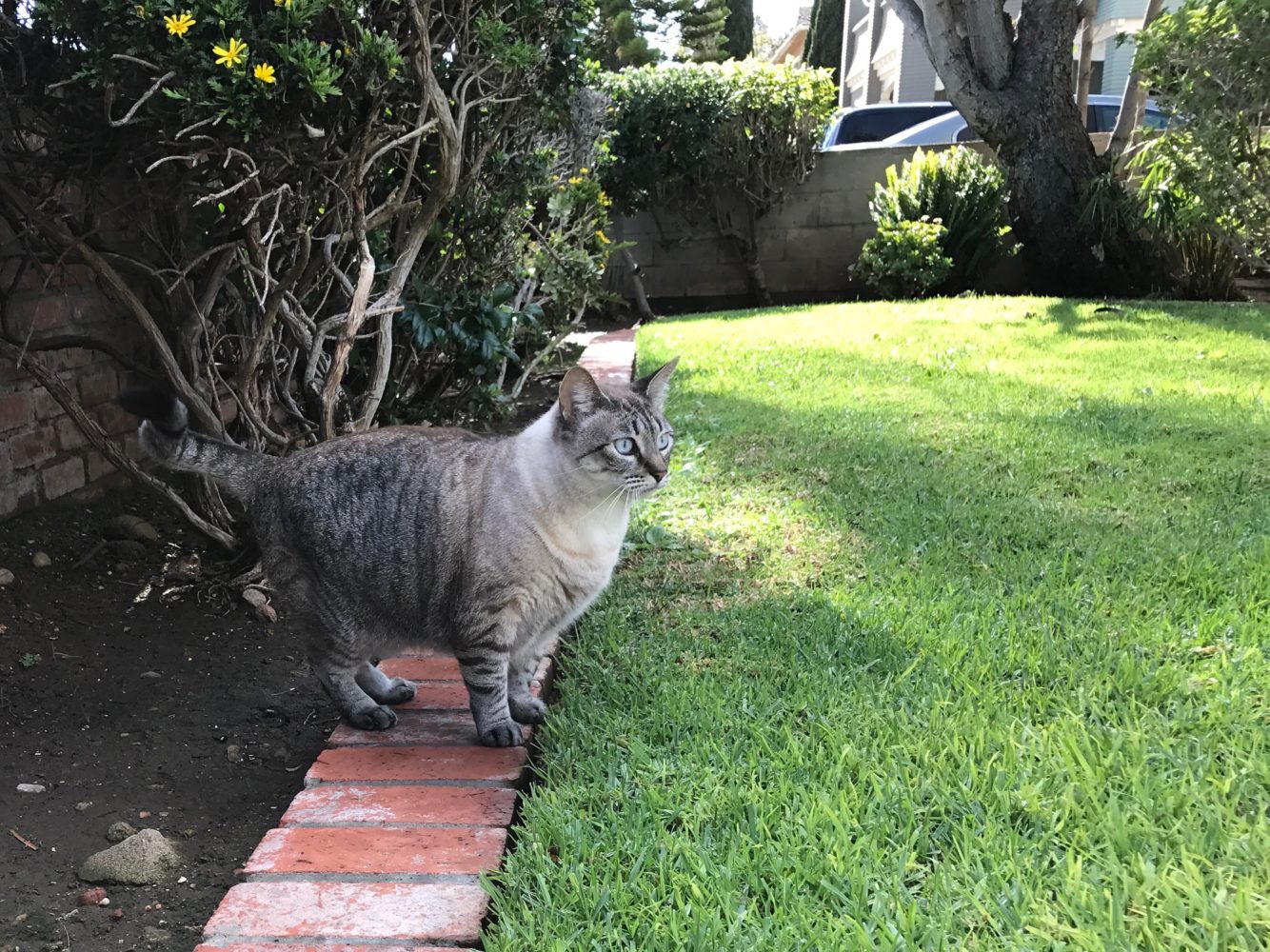 The kitties get four hours of outdoor time on Fridays, Saturdays, and Sundays. On her workdays, they entertain one another in her studio apartment of 19 years. The three males were shelter cats, while Willow, whom JoAnn has owned for about 2 years, came from a neighbor.