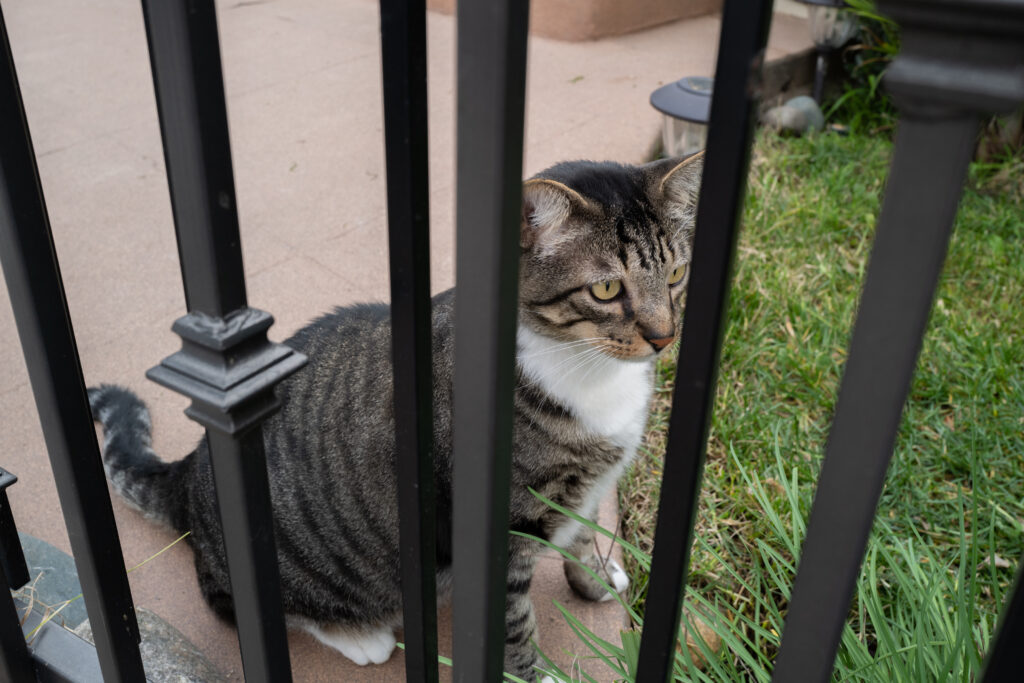 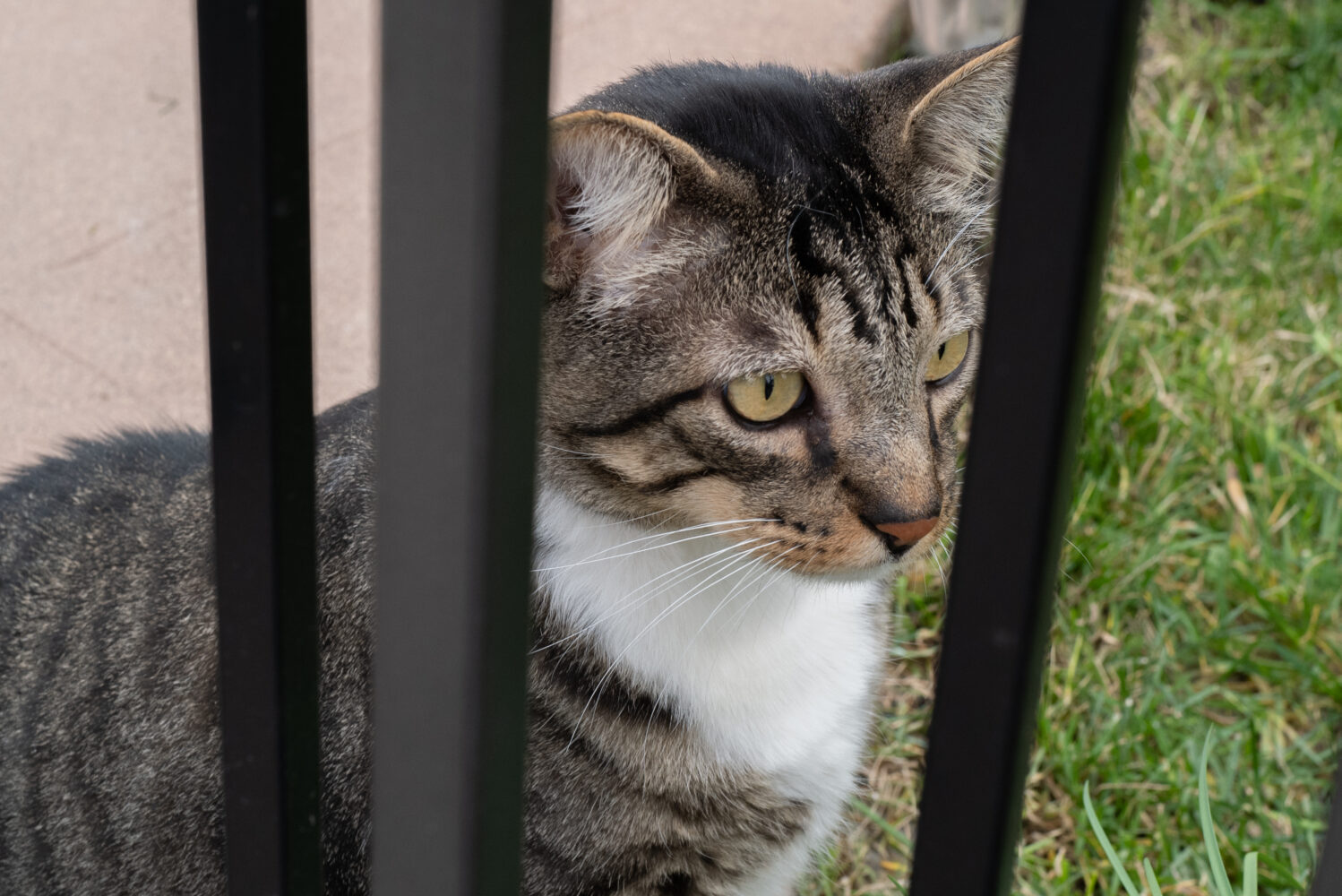 So Sparky, who is between four and five years old, has lived in The Love Bug household for about 18 months. The pair, which get along handsomely, are indoor kitties who receive outdoor romps, where they respect the confines of the front yard fence. Hence, they get to enjoy the lawn and some San Diego sunshine with little supervision. 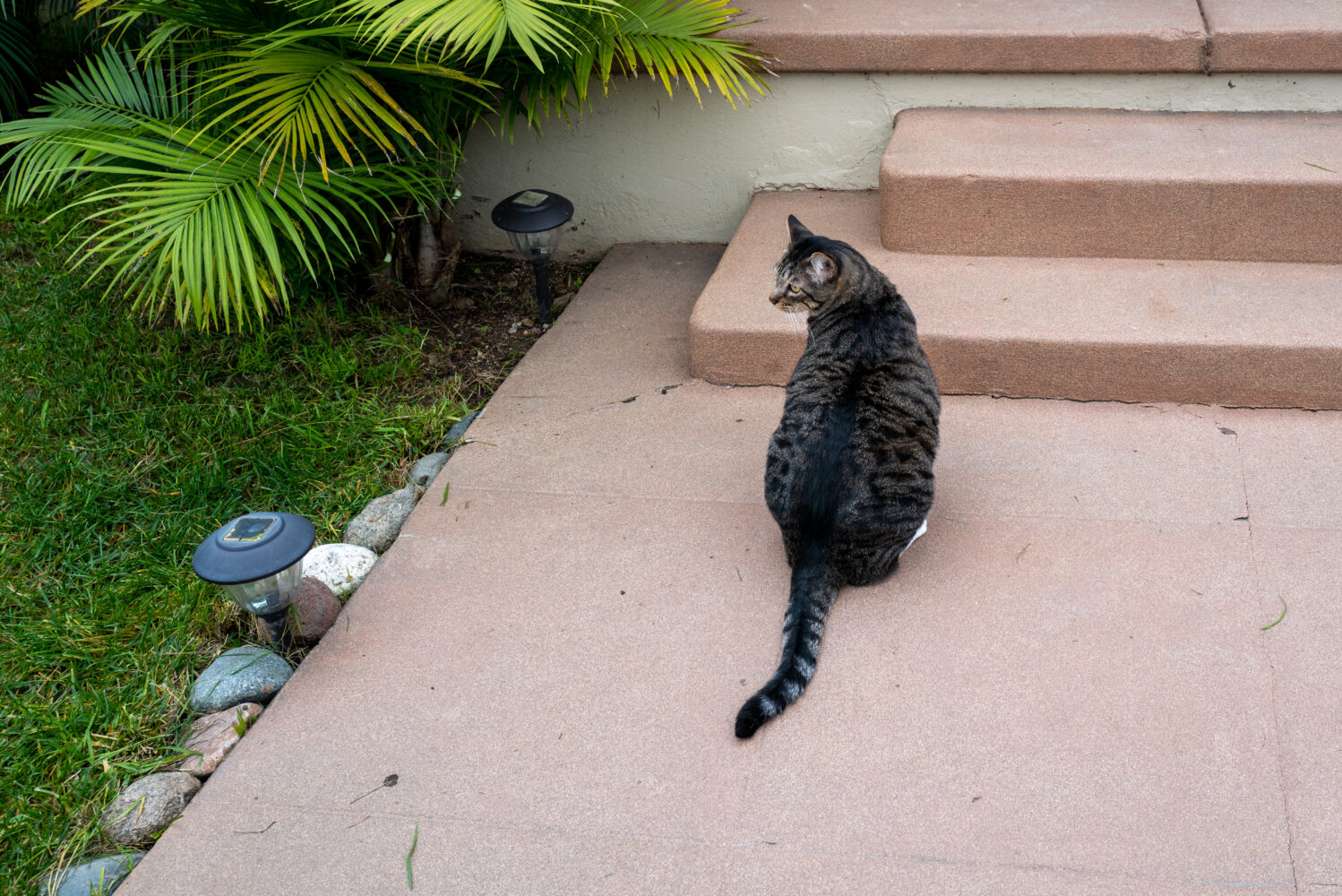 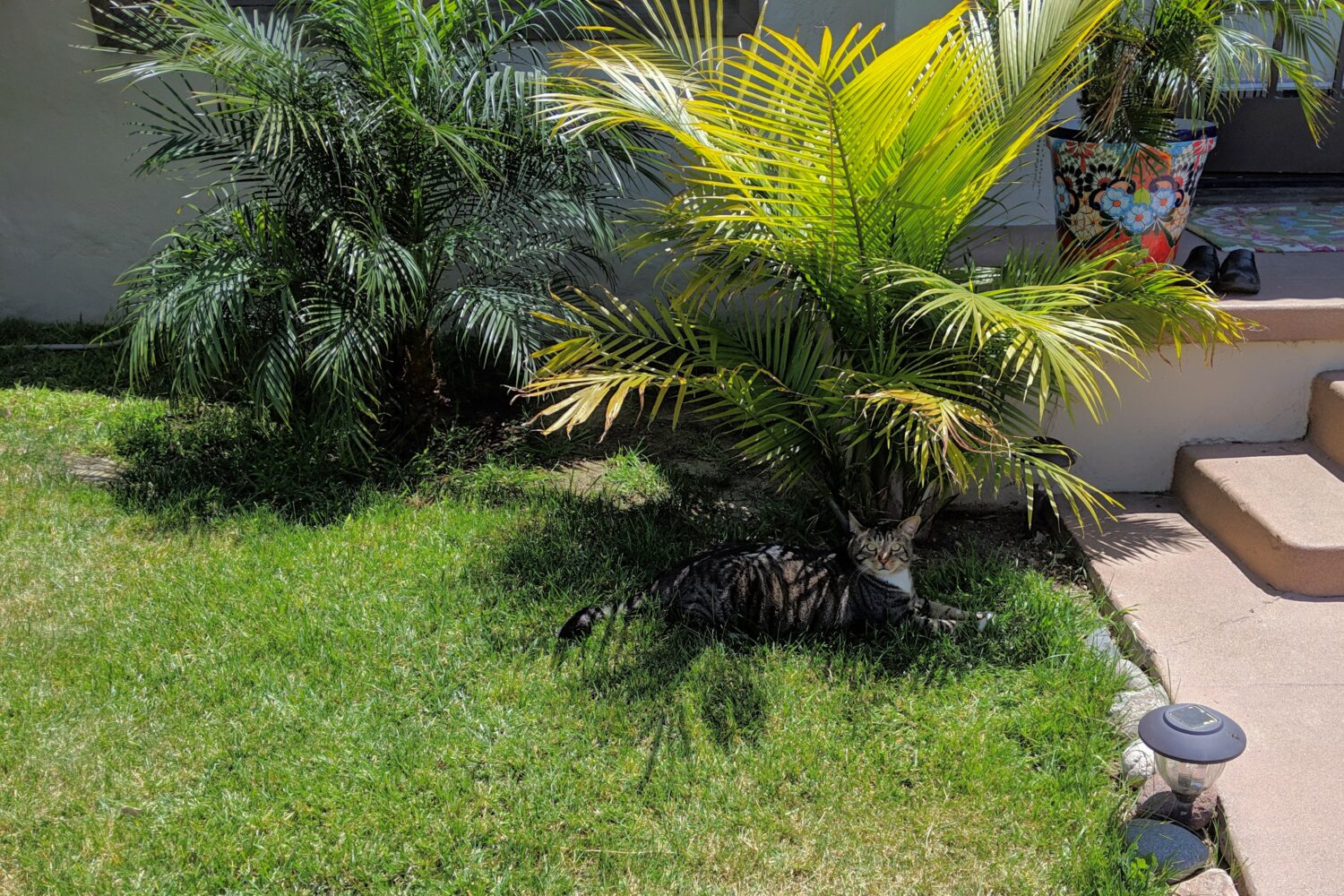