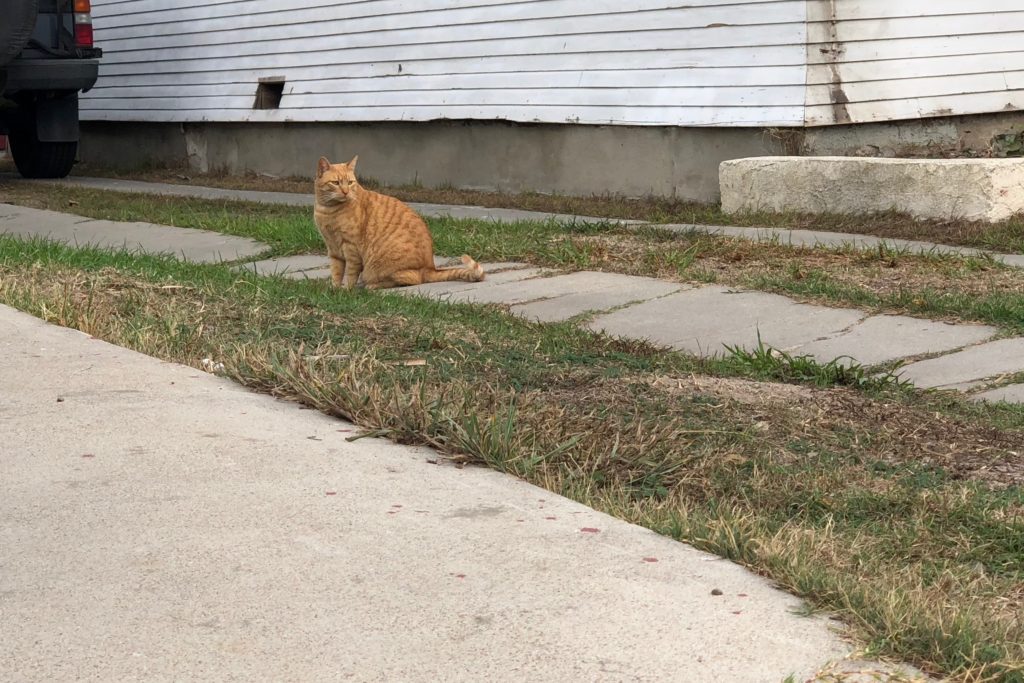 Dec. 10, 2017, as I walked down Louisiana, a handsome orange tabby presented himself—somewhere between Madison and Monroe, perhaps beyond. I thought at first that he might be a similarly colored cat spotted on the same street seven months ago. But on close inspection, differences are clear enough, and the animals displayed different temperament: One was friendly, the other standoffish. 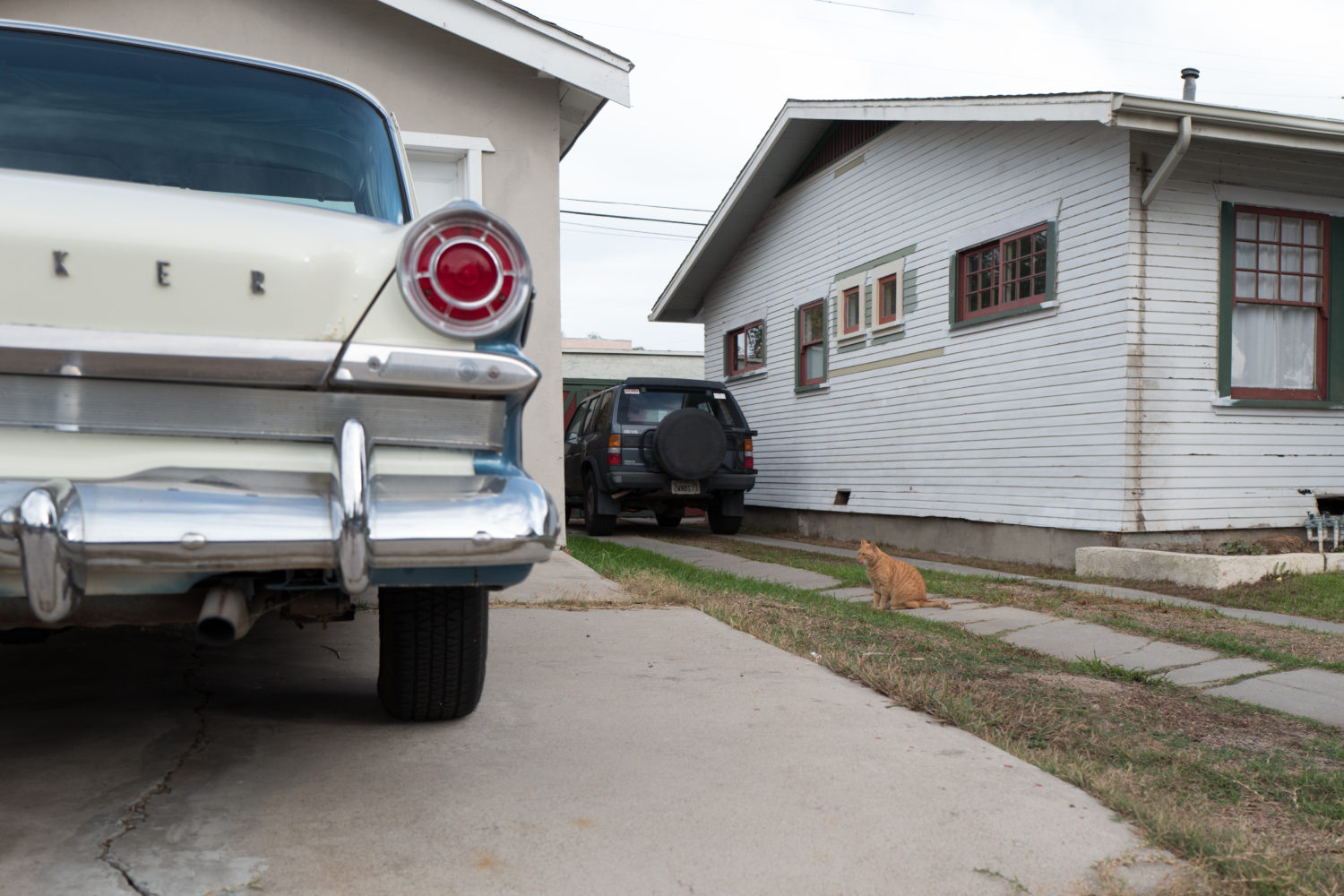 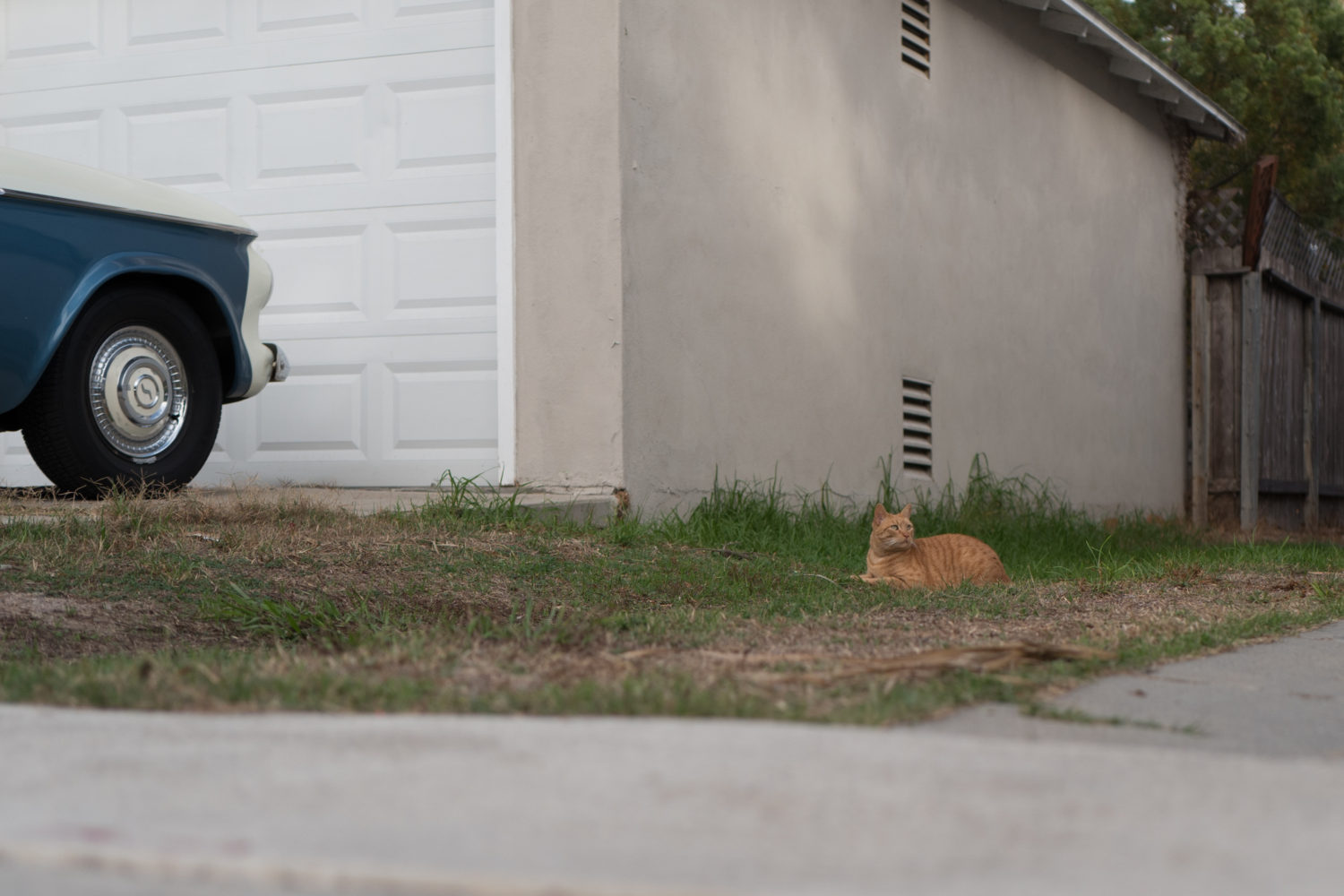 The other capture showcases one of the camera’s best street shooting features: Manual focus, which was really needed going wide open from the distance; depth of field was narrow. However, clarity can’t be fully appreciated because I over-cropped. Vitals are same except f/2 and 1/1250 sec; 2:52 p.m. Aperture was manually set for both photos.

Update, Sept. 11, 2019: I met the cat’s owner, who is originally from Philadelphia, while walking by with my wife. The orange tabby’s real name is Nelson, for Mr. Mandela.