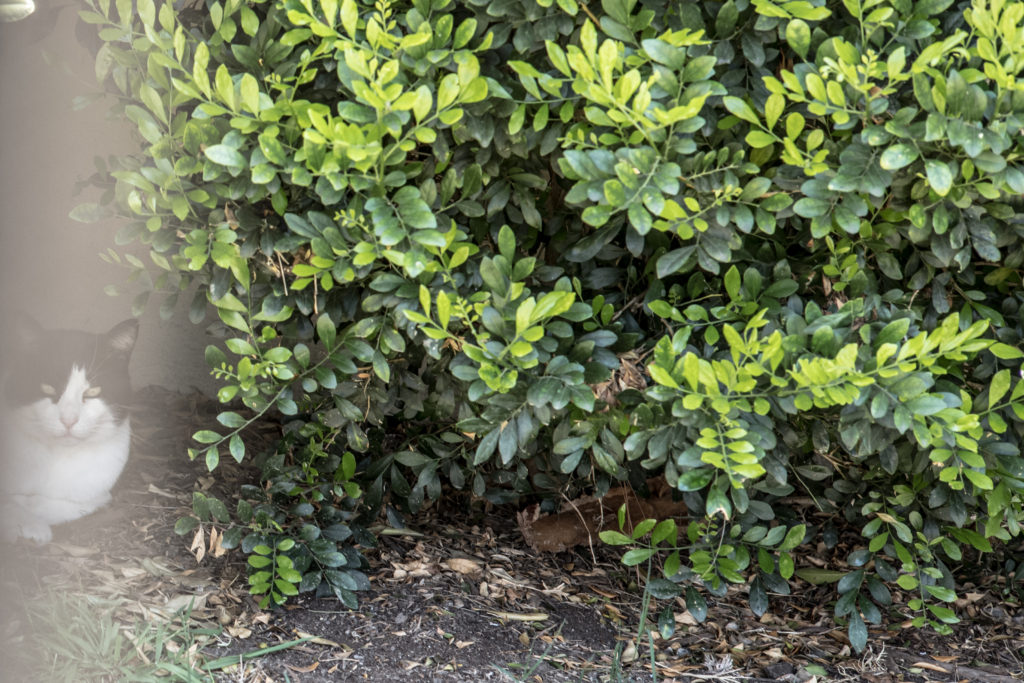 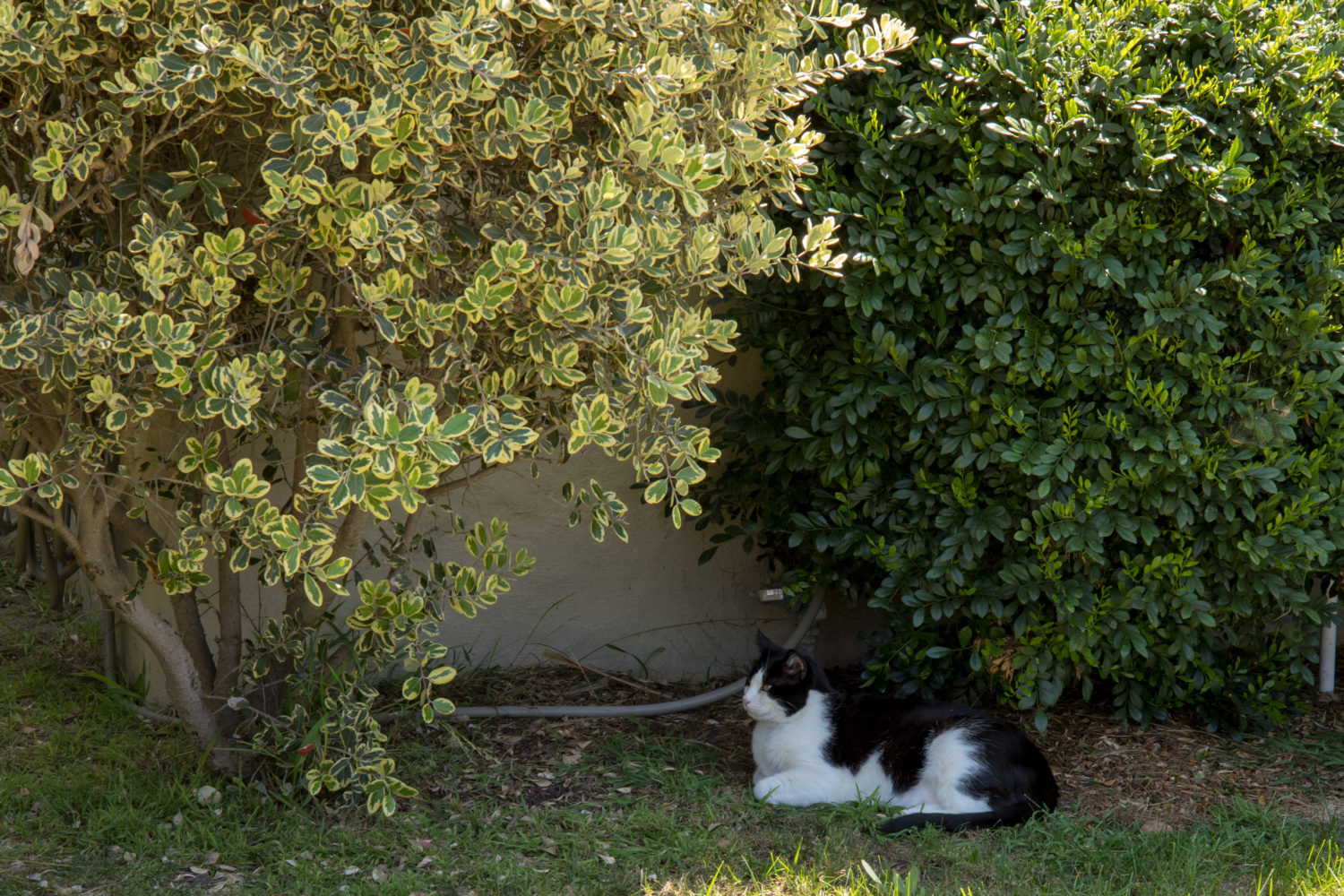 I debated a long time about the Featured Image. I shot the last portraits through the fence bars, which in all of them partially block Herbie and present what looks like fog (it’s not) around his face. Odd as the photo may be, something about the composition and effect appeals to me. Vitals: f/8 or f/11 (uncertain which), ISO 640, 1/60 sec, 50mm; 1:54 p.m. PDT. 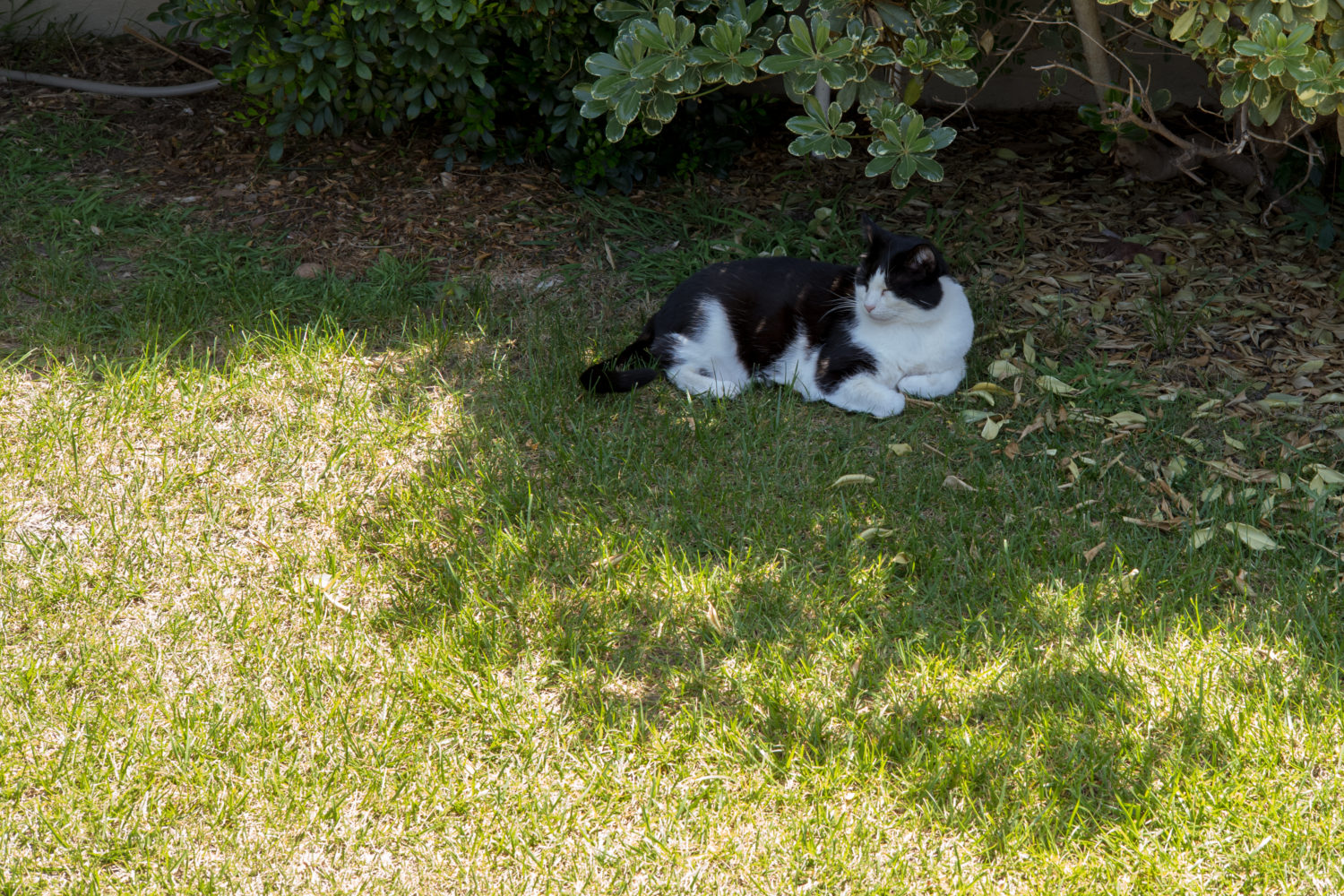 The companion pics are timestamped 1:35 and 1:41 p.m., respectively. Vitals for the second: ISO 400 and 1/45 sec. For the third, they’re same as the first. The crops are composed to minimize contrasting sunny areas.