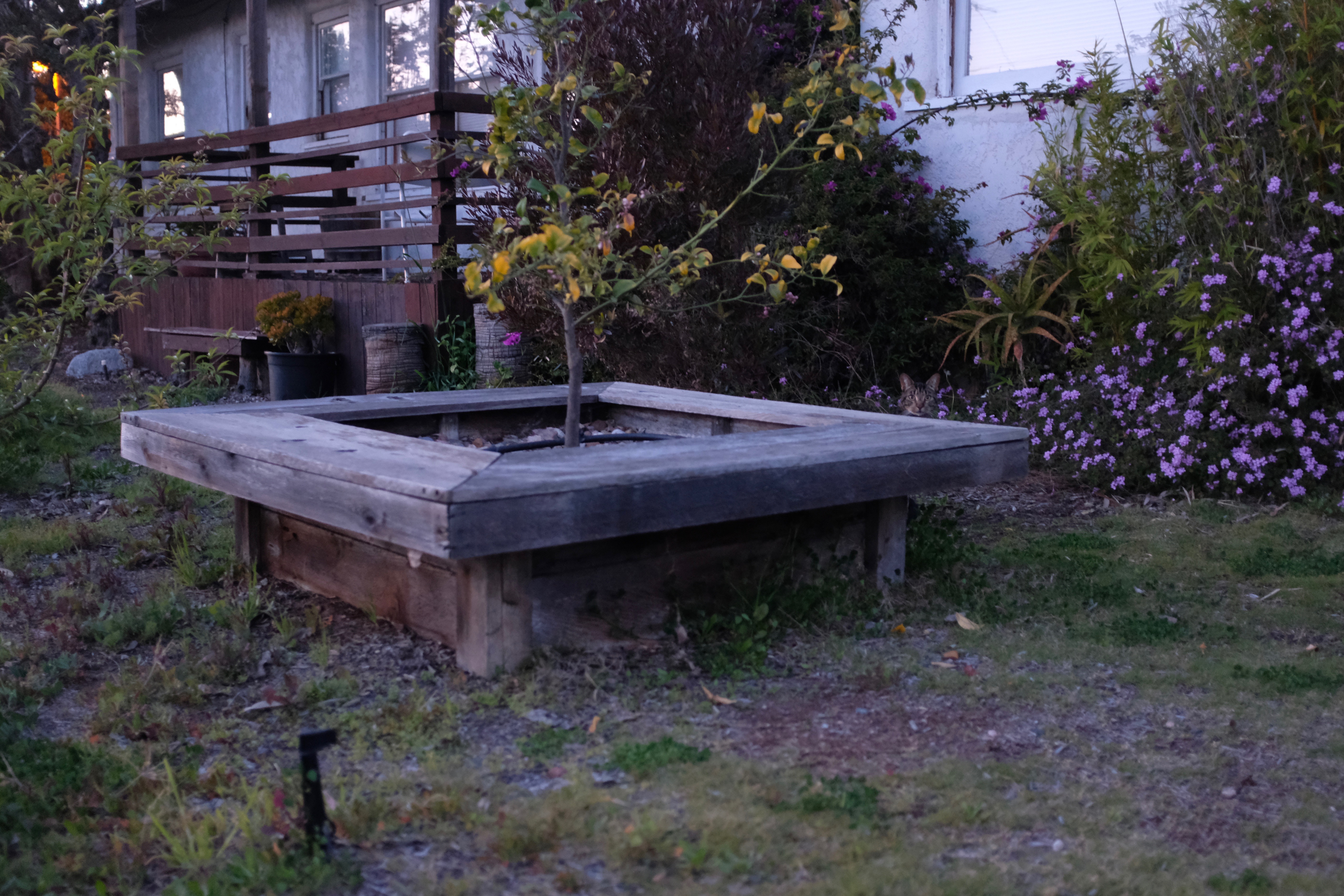 The Fujifilm X100F and I are still getting acquainted, bringing big digital lifestyle change: always-carry. The compact camera is lightweight and unobtrusive attached to ONA Lima strap, such that I sling it and bring it with ease and capture the moment where iPhone 7 Plus would miss. I only lugged larger Fuji X-T1 when planning to use it, thus making the Apple smartphone my primary street camera. That all changed February 28. The new digicam, with its 24.3-megapixel APS-C sensor and fixed f/2 lens, is classic—for style and shooting. I previously owned the original and preceding T model.

Rushing out for a twilight walk on March 9, I spotted, not for the first time, a tiger-striped cat in the yard at Campus and Monroe. Our eyes met yet again, around the same time of day; he lurked where he had several weeks before, cast in the shadows. I shot Featured Image at 6:09 p.m. PST—about 20 minutes after sunset. Except for straightening, the JPEG is unaltered from the X100F. Vitals: f/2, ISO 3200, 1/26 sec, 23mm. Despite its f/1.8 aperture, based on past efforts, iPhone 7 Plus would have botched the shot—or using flash to set focus, scared off the feline.

Look closely. His head pops up, only. I shot two other photos, which are usable except for composition. His face is turned towards the bushes. I don’t know if the kitty lives where we met. Years ago, the residents kept a pair of indoor/outdoor siamese cats, one of which was struck and killed by a car. The survivor is my main interest in the property. She would make a fine addition to this series. 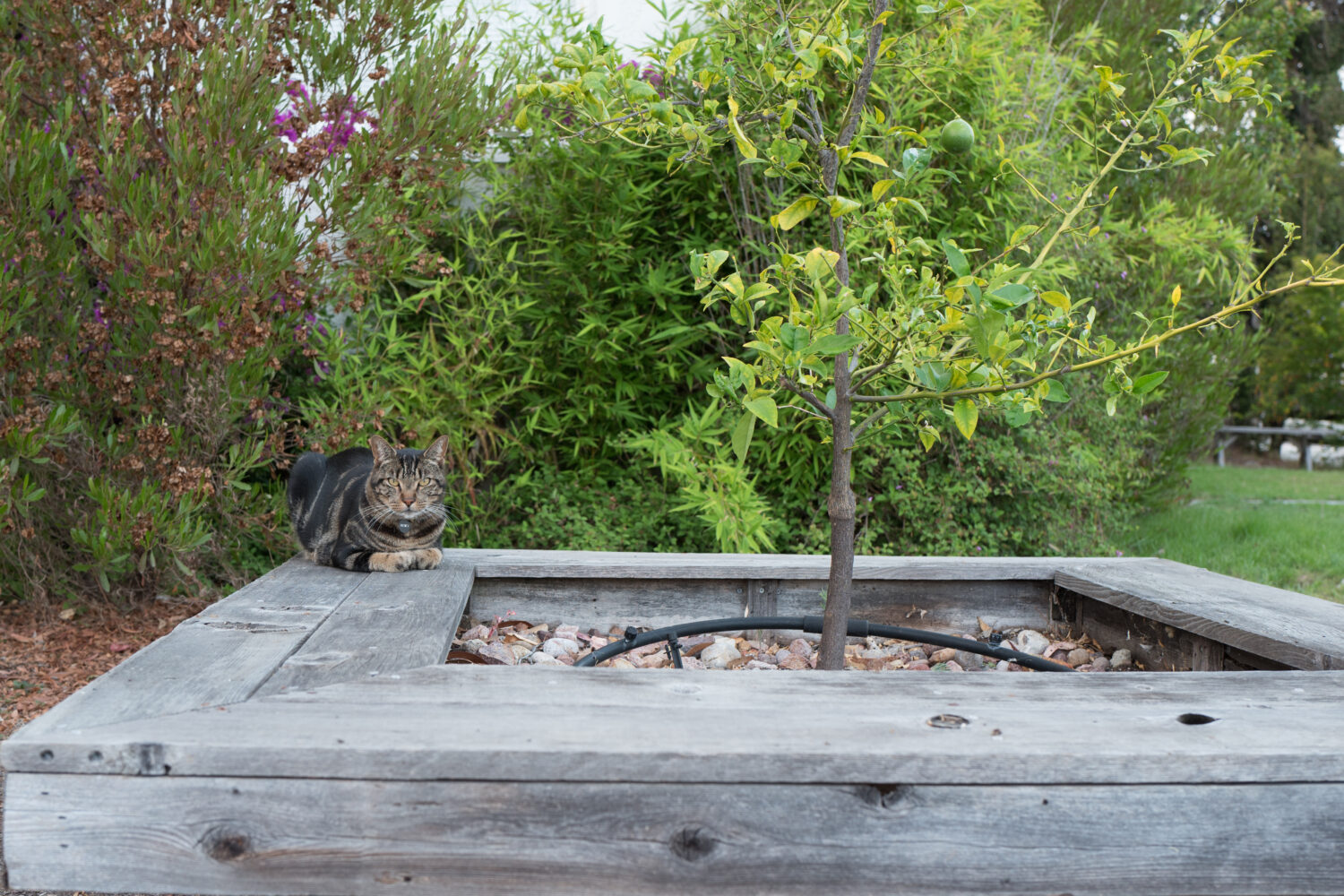 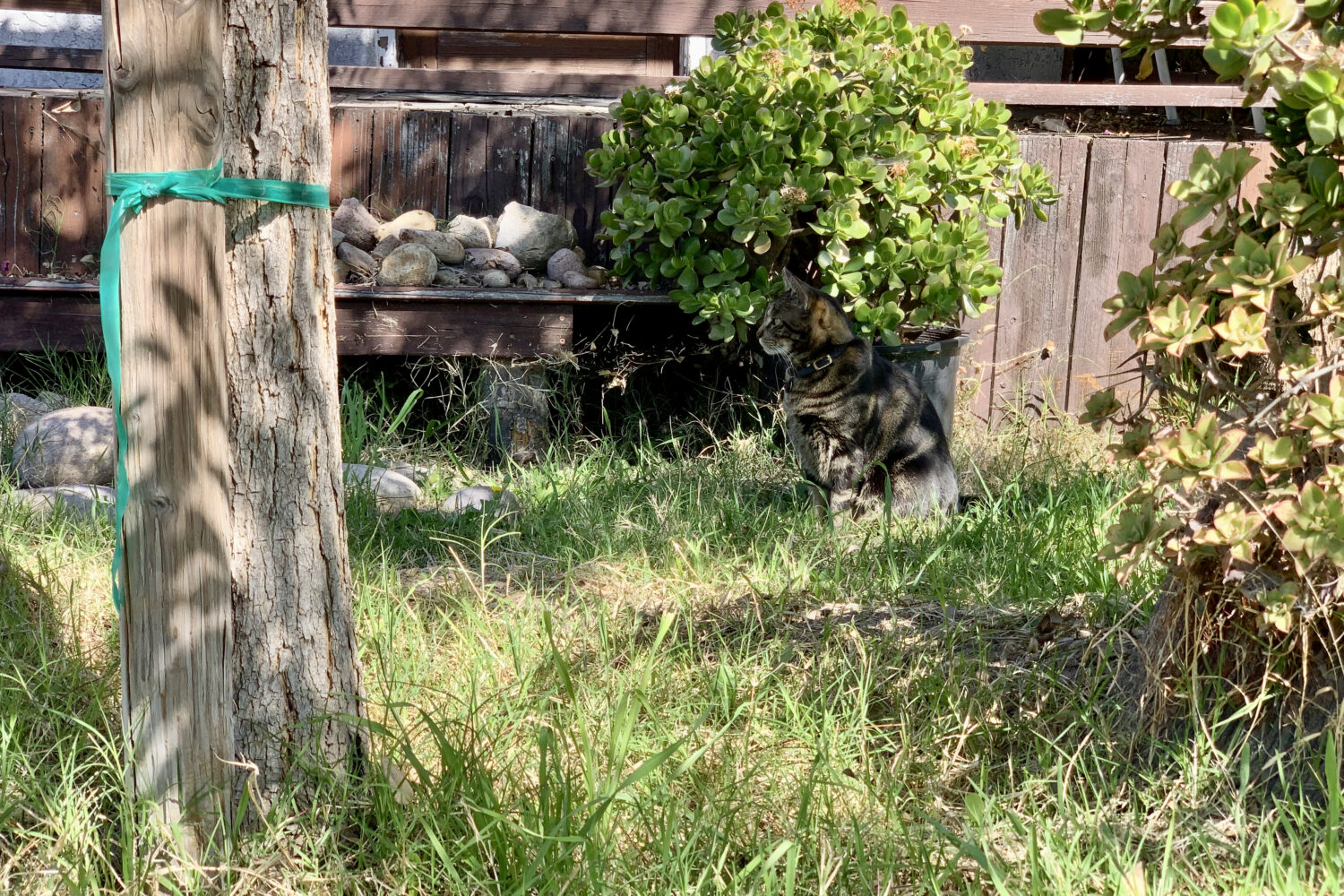 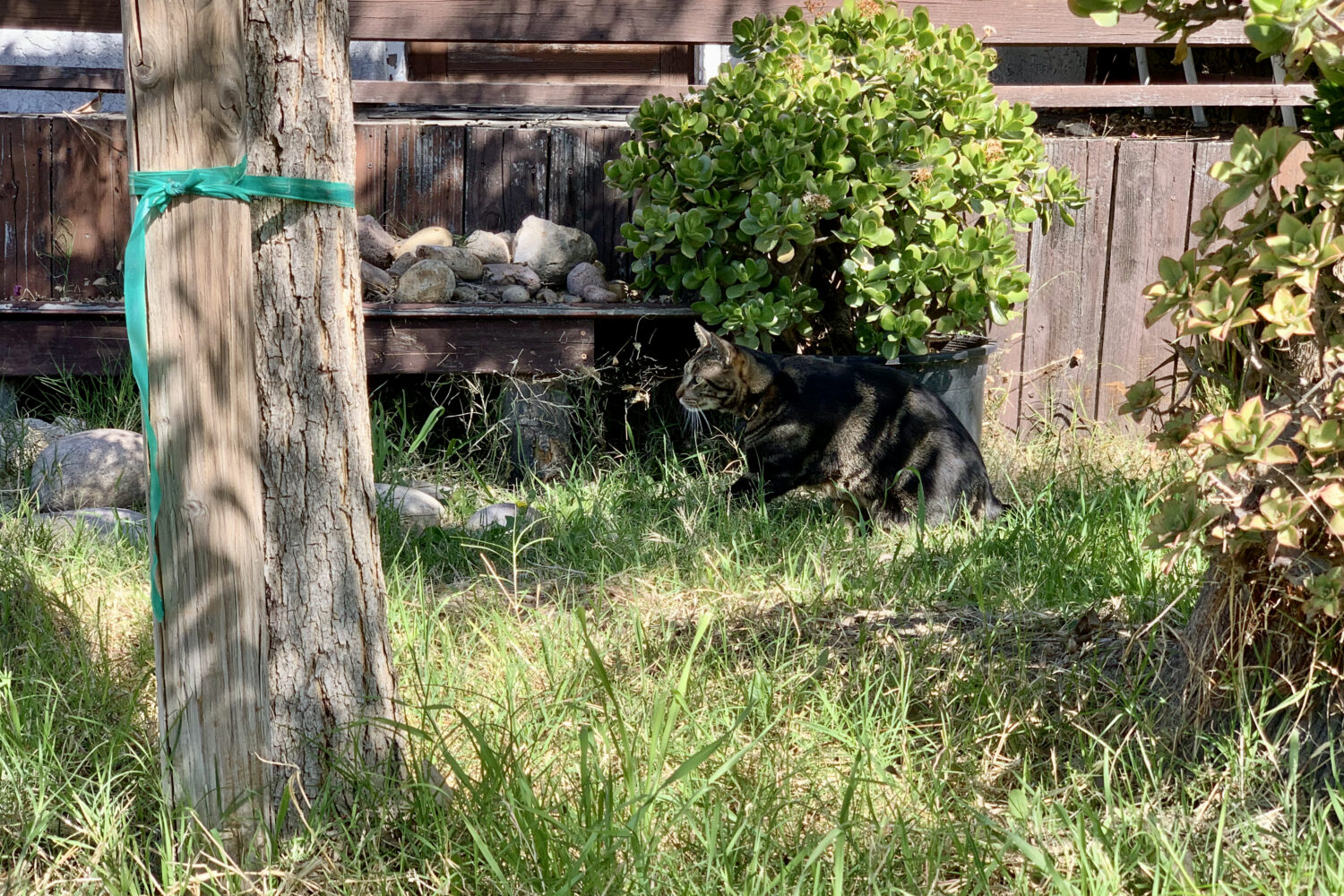