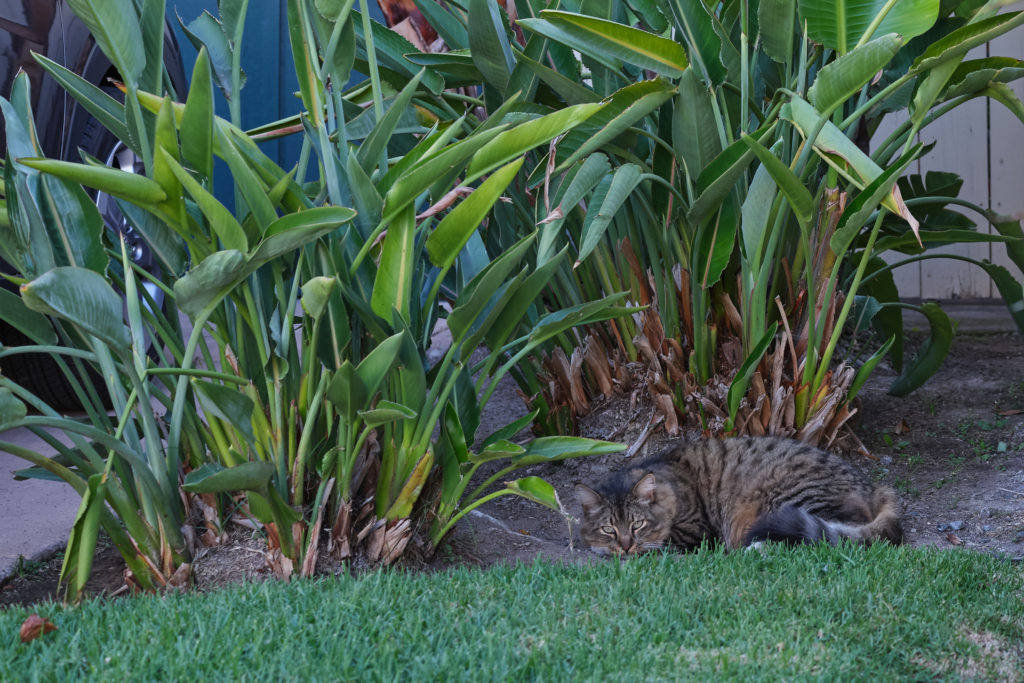 The tiger-stripe wore a collar, but I couldn’t approach close enough to read the tag. I have returned to that portion of Louisiana several times a week hoping for another sighting and a name. But, a few days ago, roadwork ramped up such that the street is partly blocked and daily work-week crews jackhammer asphalt. If this cat, and any others living nearby, has any sense, it won’t be anywhere to be seen.

With my quest for identity in neutral, I dub him Fluffy—and I am amazed that among 311 profiles (including this one) that moniker hasn’t been used. We have a Fluff, who lives elsewhere in the neighborhood, but the “y” variation is new to the series. 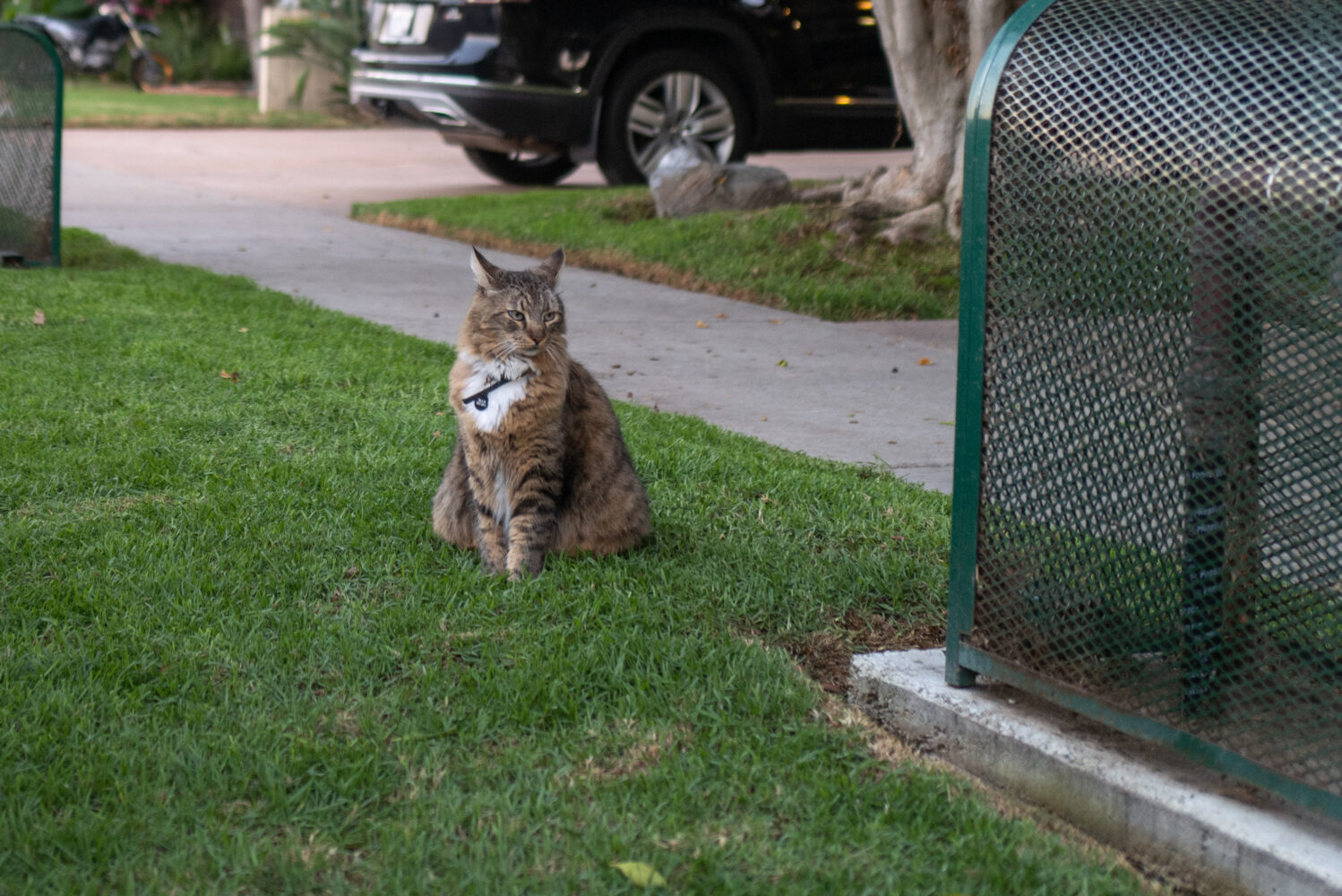 Update, Sept. 30, 2021: This evening I met the cat and his owner. Real name: Maceo. She says that he is indoor/outdoor but usually stays in at night. Maceo is about 10 years old. He grew up in the mountains (I should have asked where) and is well-prepared for unexpected city dangers (like coyotes on his street).