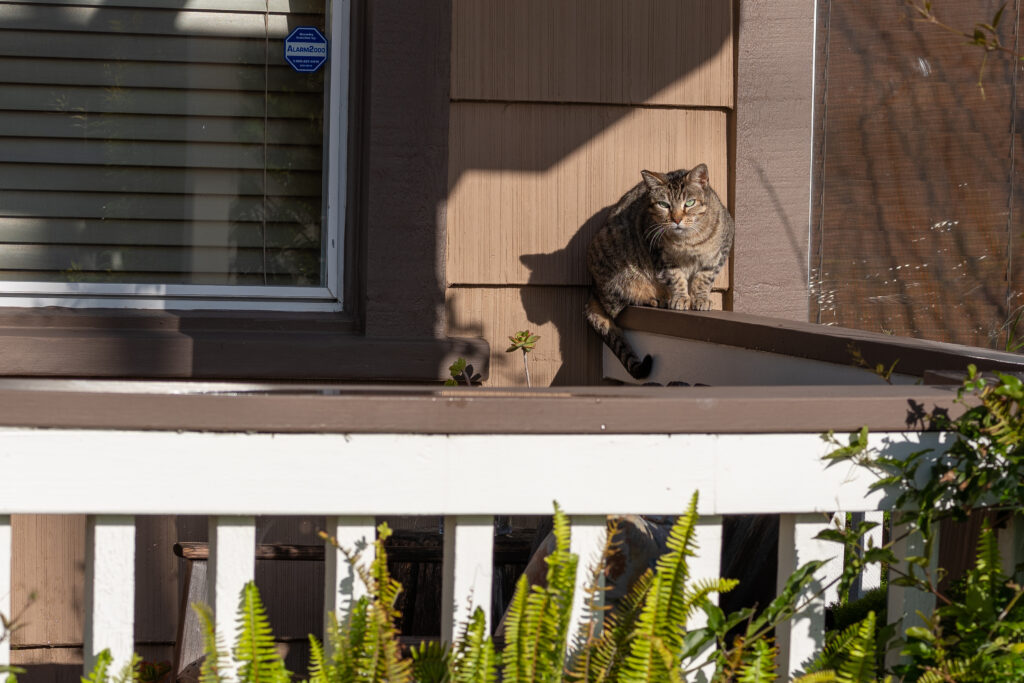 I post additional portraits of the kitties appearing in this series to Flickr, which is where this one has been for about 11 months, wrongly identified as Roadie. Today, the image is revised to represent its addition here, with new nickname: Glory, chosen for the gloriously intensive expression on the feline’s face. Given that for nearly a year I have thought of the moment as being Roadie, my sentimental mindset will need some adjustment time.