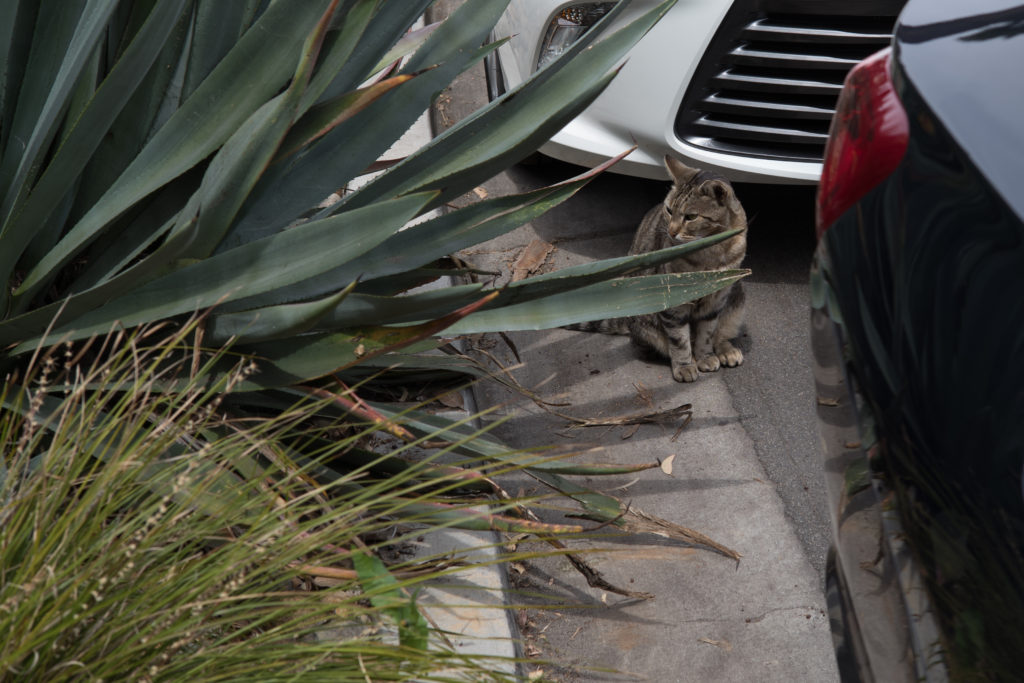 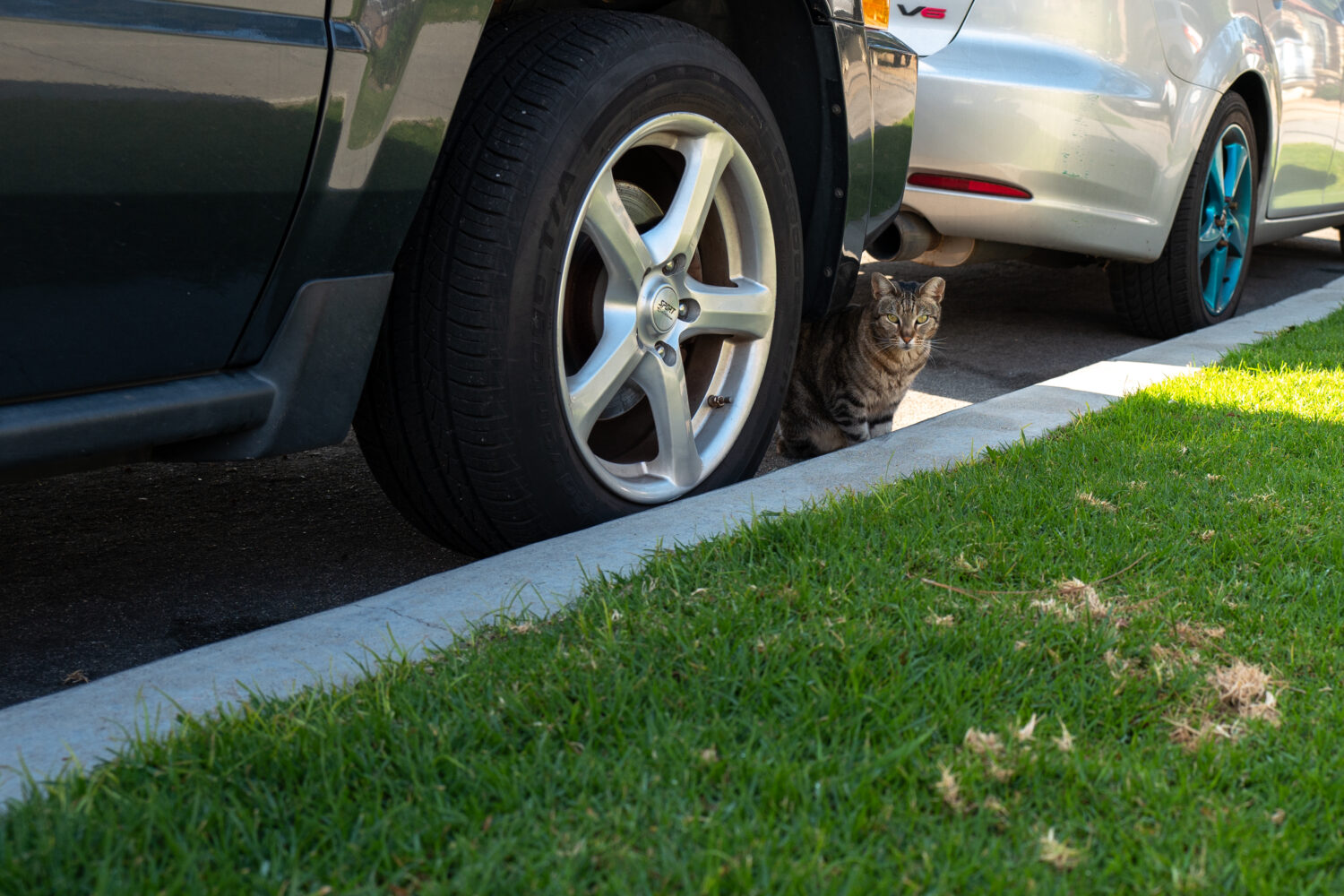 Update, Jan. 16, 2020: Today, Herbie’s owner told me that Roadie is gone, and now only one community cat remains along that stretch of Panorama Drive. Eight years is how long the woman helped care for the feral tabby, who started losing weight and became quite thin and feeble before vanishing.

When watching this tabby cross Panorama, nearby our first meeting 10 months earlier, I thought it to be a new kitty for the series. The animal looked considerably thinner than the one profiled in April 2018. But when examining the photos, markings match. This is indeed the beastie that I nicknamed Roadie. Several residents along the street, which borders a canyon, have told me about the community cats cared for there. It’s a tough life, even in mild San Diego, for these outdoor felines. And I wonder why Roadie is skinnier now.

It is my understanding that Roadie had no other name than the one I gave her for this series. May she Rest In Peace.