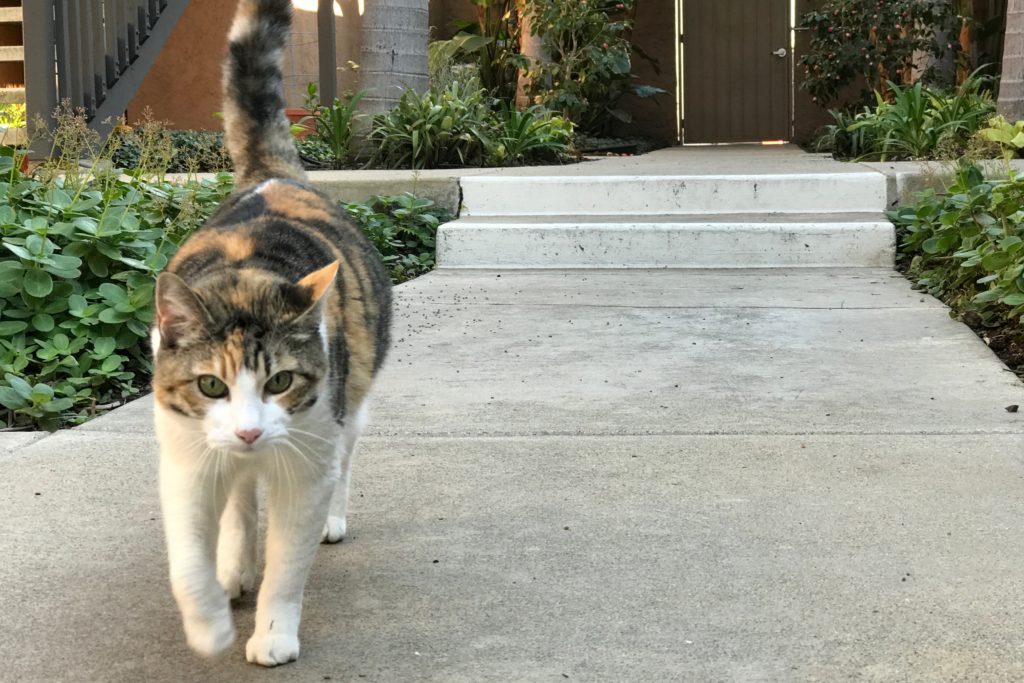 My father-in-law’s oldest San Diego friend lives across the ally. Her complex faces Cleveland Ave. and his looks onto Campus. Yesterday, my wife and I invited Joan to his place to look over books and CDs; she took some that are more spiritually inclined; Anne and I helped carry them to her door. Along the way, in the luscious, green courtyard we met Lilo (pronounced Leelo).

I captured the Featured Image, using iPhone 7 Plus, at 12:39 p.m. PST. Vitals: f/2.8, ISO 40, 1/60 sec, 6.6mm. Being a courtyard kitty, Lilo wouldn’t normally be available for this series. So the sighting was a real treat, brightening another somber day cleaning out Bob’s apartment. He died last week at age 95.