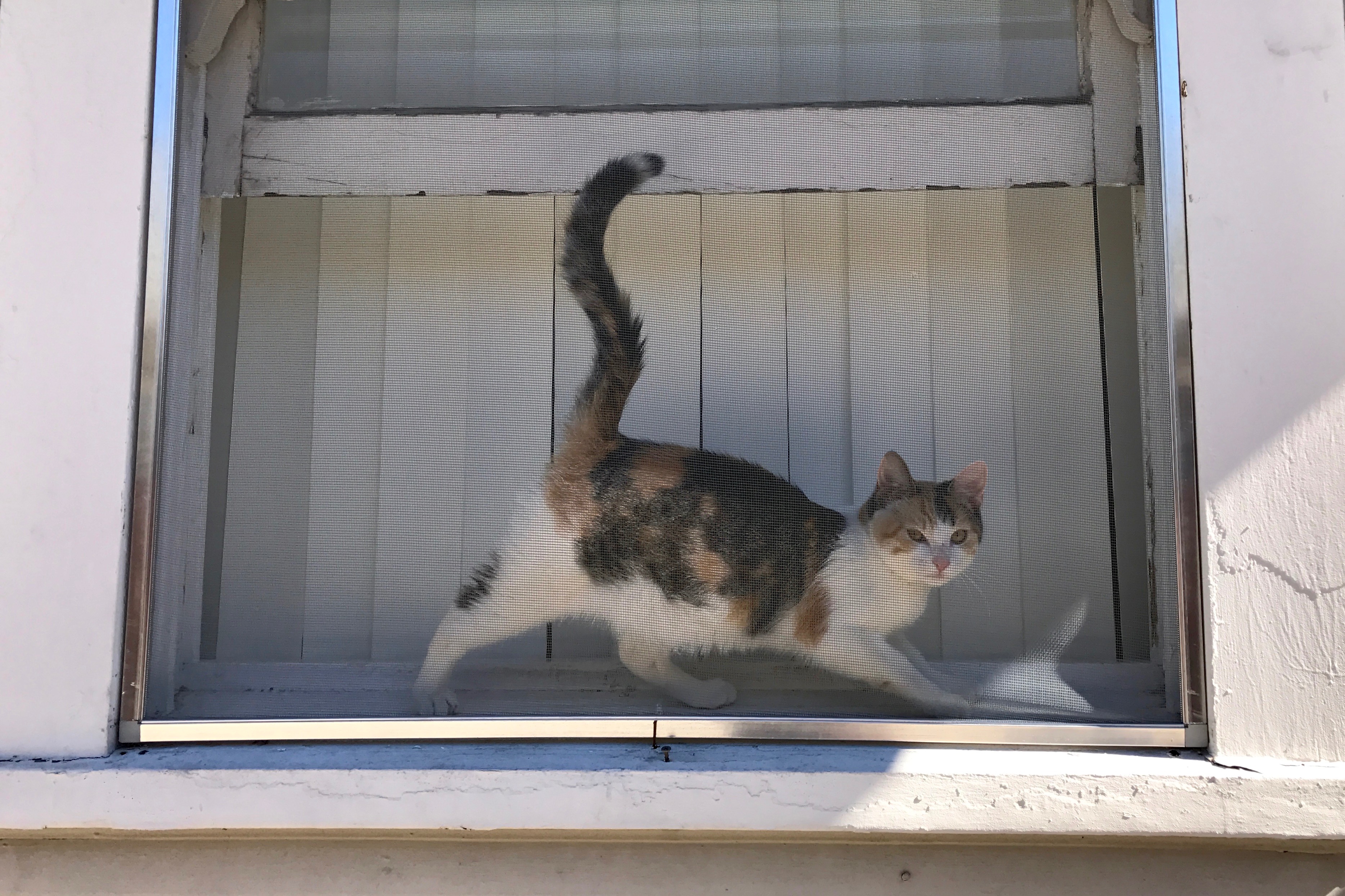 On, Jan. 30, 2017, as my wife and I walked down the alley behind Campus Ave. approaching Madison, we spotted a frisky young kitty in a window. No way could we resist stopping to say hello to this cutie, whom I nickname Kit. I shot a half-dozen quickies using iPhone 7 Plus. I little-bit blame the bright, blinding sun for obscuring my vision and obliterating the screen for the Featured Image‘s weak composition. 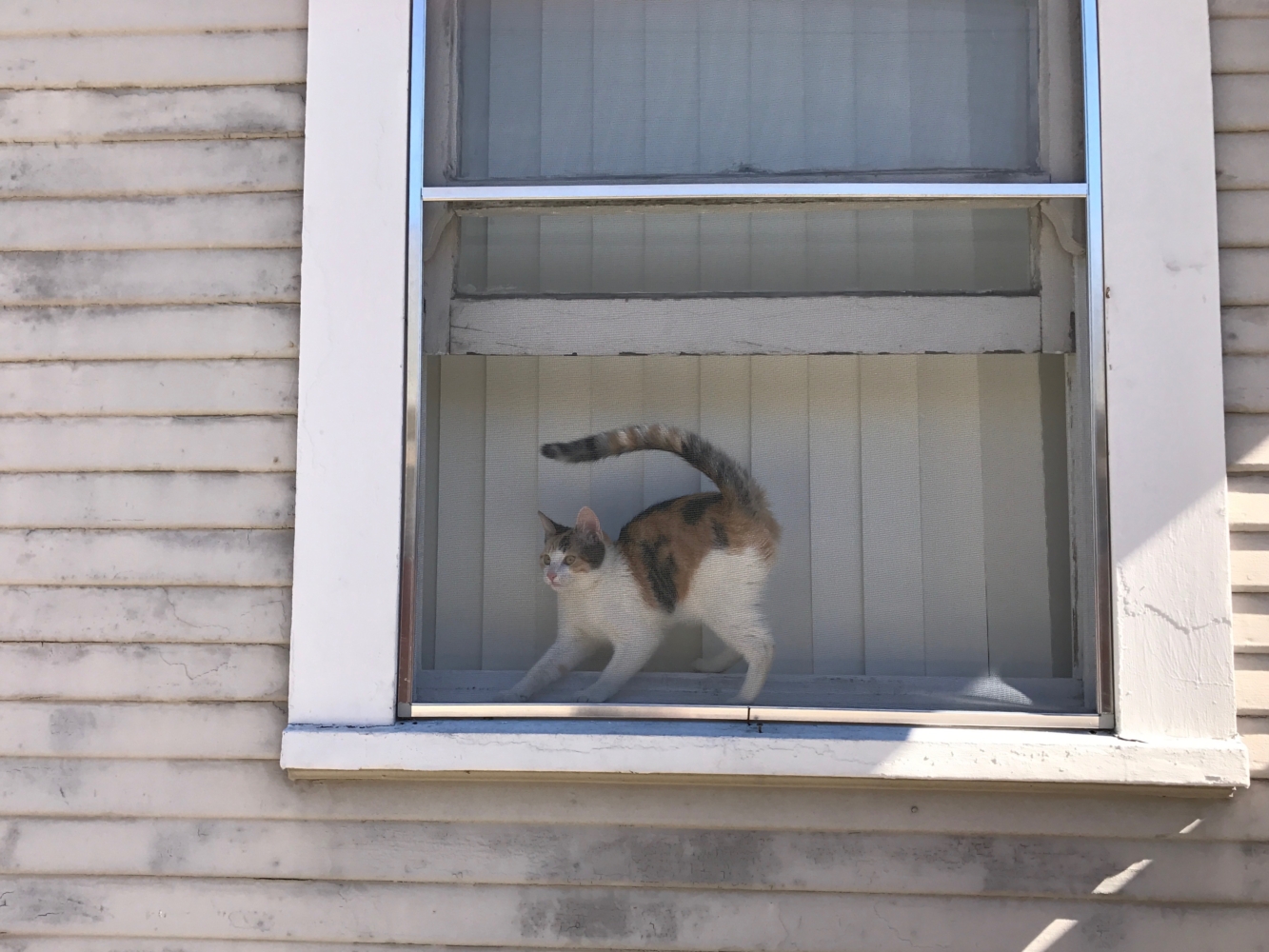