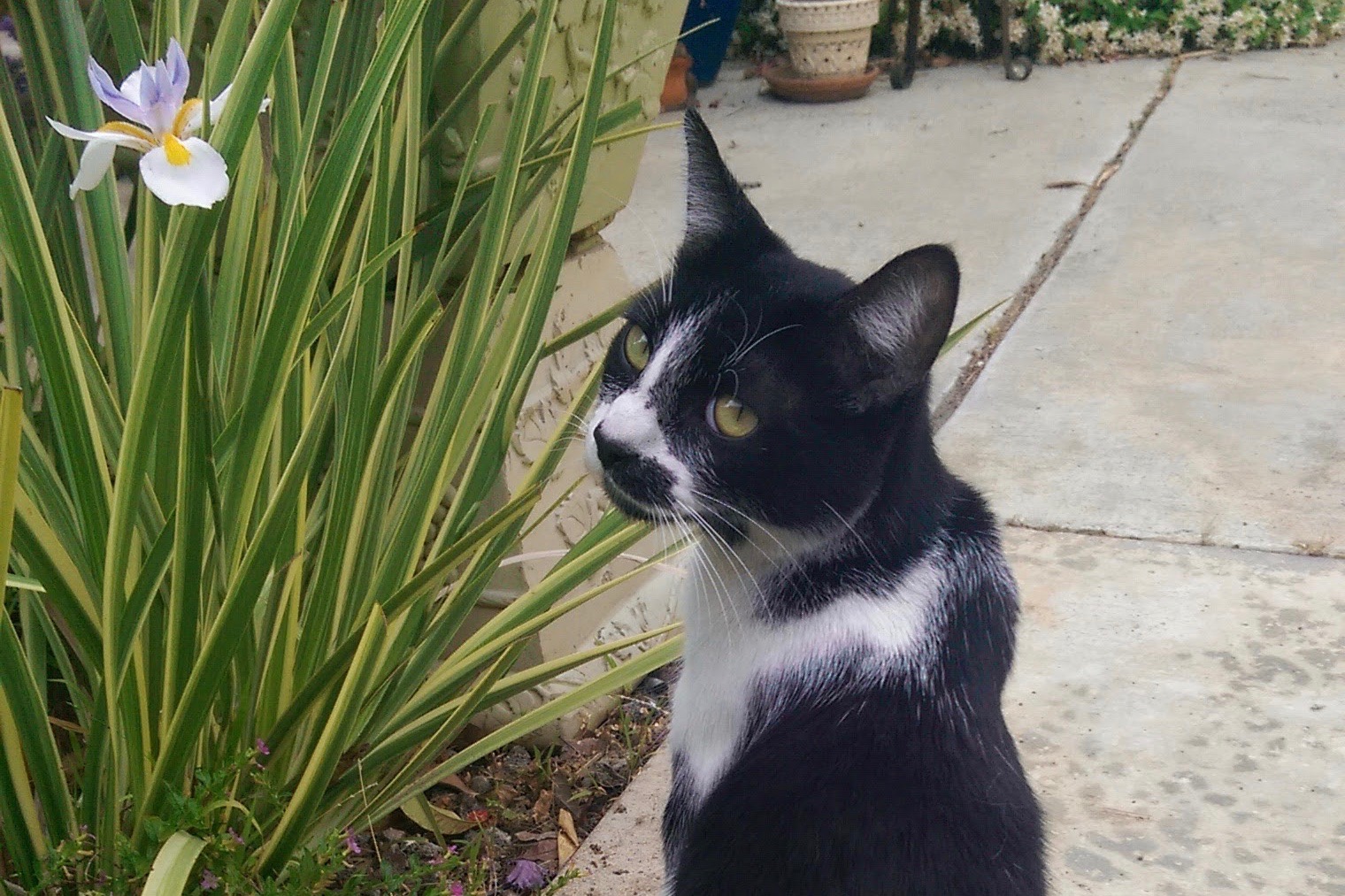 For several days in May 2014, a daring but skittish kitty skirted around my father-in-law’s apartment complex on Campus near Madison. I never managed to capture his image—he always ran from me. But the furball tolerated my wife, who snagged several photos, from which comes the first in this series snapped by someone other than me. 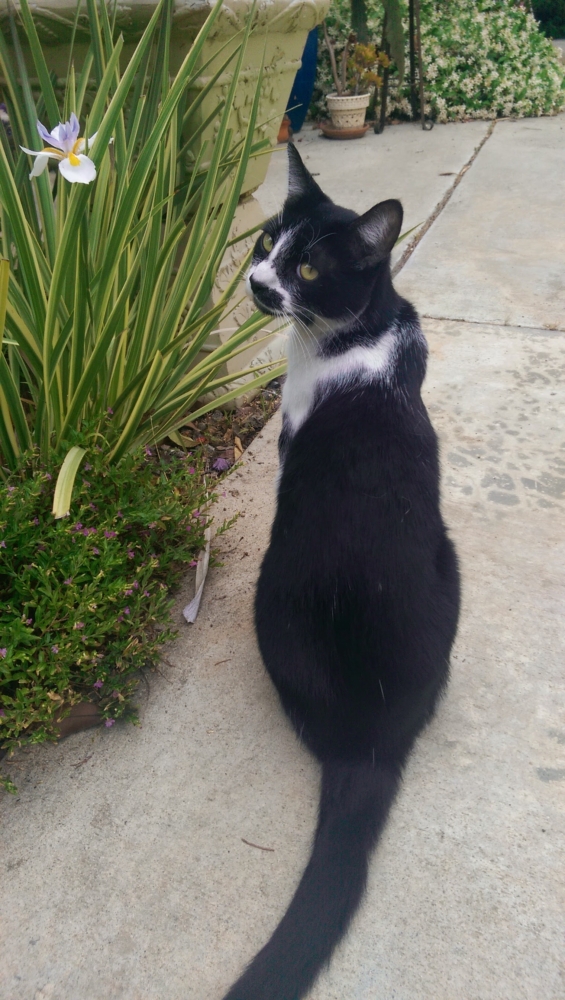