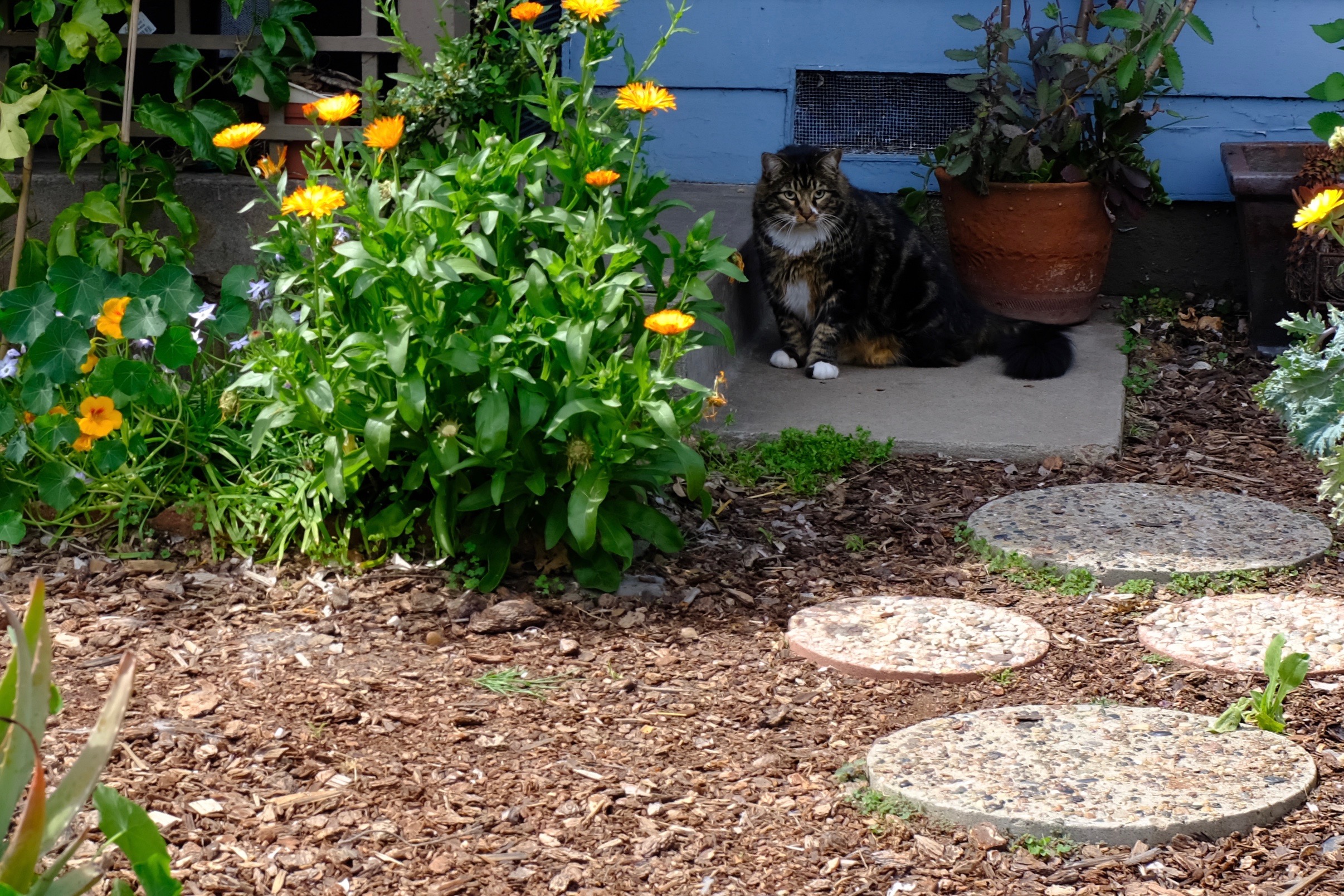 Yes, you are experiencing déjà vu. We have been to this yard before—three times in six days. The furballs are resident pets of the “Wildlife Habitat”, as an official sign states. They must have a time-sharing arrangement, as cats are quite territorial. While walking to The Hub, my wife and I spotted Ash (his real name) around 1:20 p.m. PDT today. I observed the other two, Sebastian and Booger, in mid-morning and late-afternoon, respectively, on different days. The Maine Coon is about two years old and vision-impaired.

I captured the moment using Fujifilm X100F, with Velvia film simulation. Both pics are crops—the Featured Image 100 percent. That one is Anne’s preferred composition, and the other (below the fold) is mine. In both, the framing attempts to use the stones to lead the eye to the kitty. I shot the first photos with aperture manually set to f/8; they didn’t make the cut because Ash was turned away nibbling a plant. The keepers are auto-everything—and meant to see how well the camera handles contrasting light (in the yard) and shadows (where is the cat). Except for slight straightening and the aforementioned cropping, the two portraits are not tweaked for light or color, beyond what the camera does. 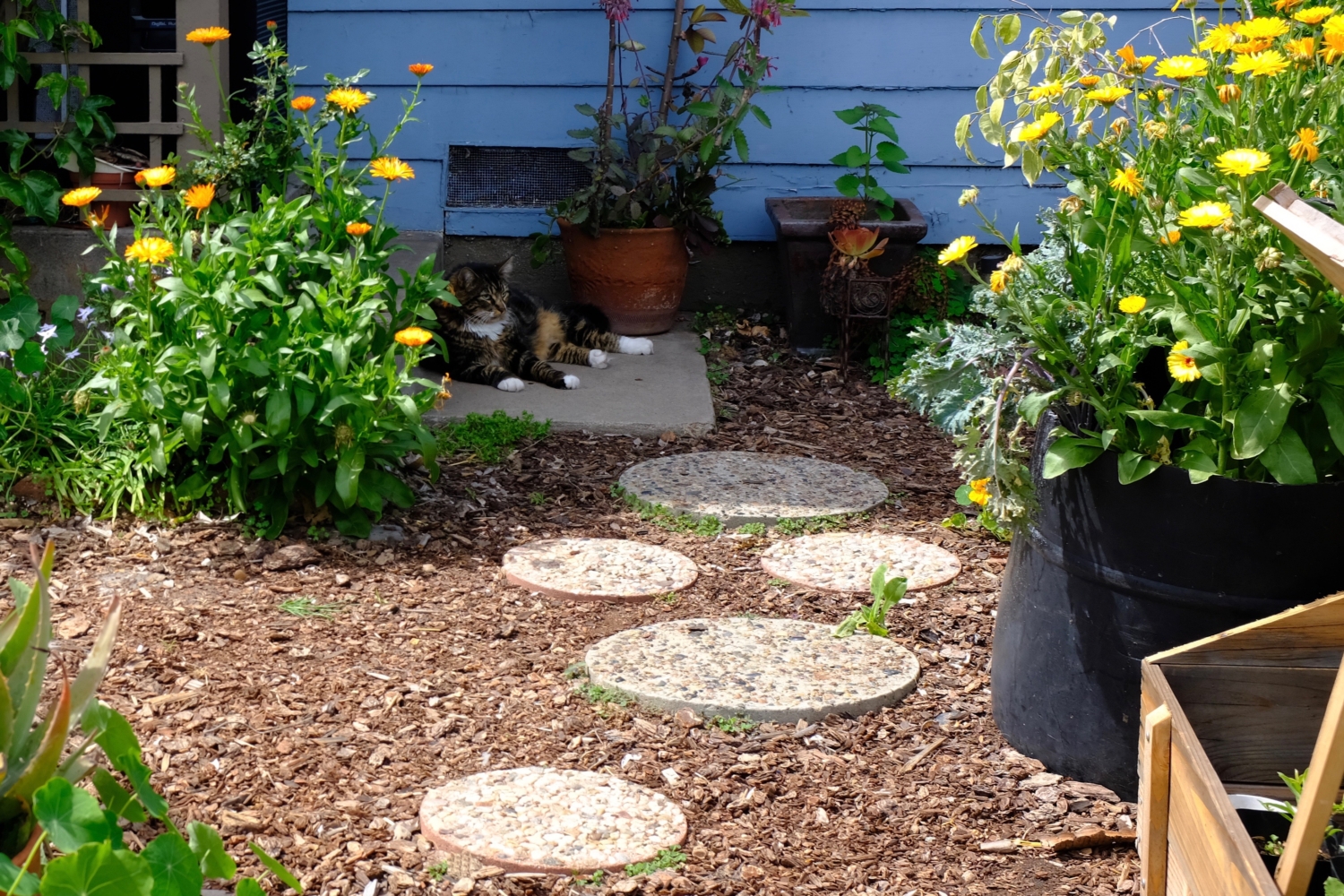