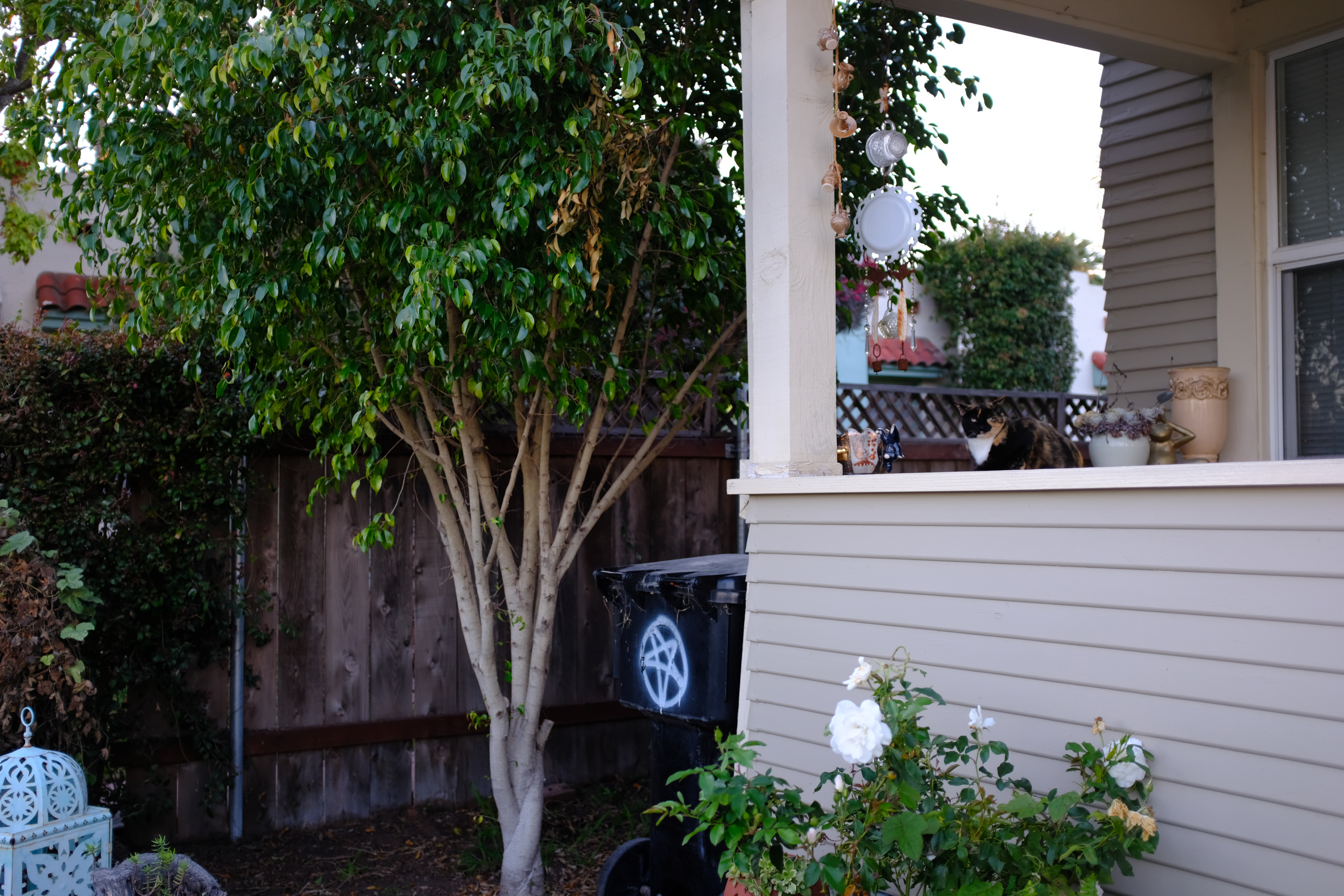 Last night, a calico that I had been looking for since Oct. 29, 2016 finally appeared—about the same time of day and different location on her owner’s porch. I shot the Featured Image at 6:52 p.m. PDT; 10 minutes before sunset. The portrait is straight from the Fujifilm X100F; no post-processing (and big file at 13MB). Vitals, with Velvia film simulation: f/2, ISO 200, 1/90 sec, 23mm.

I met the couple who owns “Veruca”—or “Rukie”; the name will mean something to anyone who is familiar with Charlie and the Chocolate Factory. She is five years old and not a big eater, despite from some vantage points appearing to be overstuffed. One of the caretakers calls her voluptuous.

The second photo is a 100-percent crop, around the same time and vitals but for shutter speed: 1/110 sec. The X100F continues to satisfy, with the joystick living up to its namesake by allowing me to quickly change point of focus and thus vantage point. 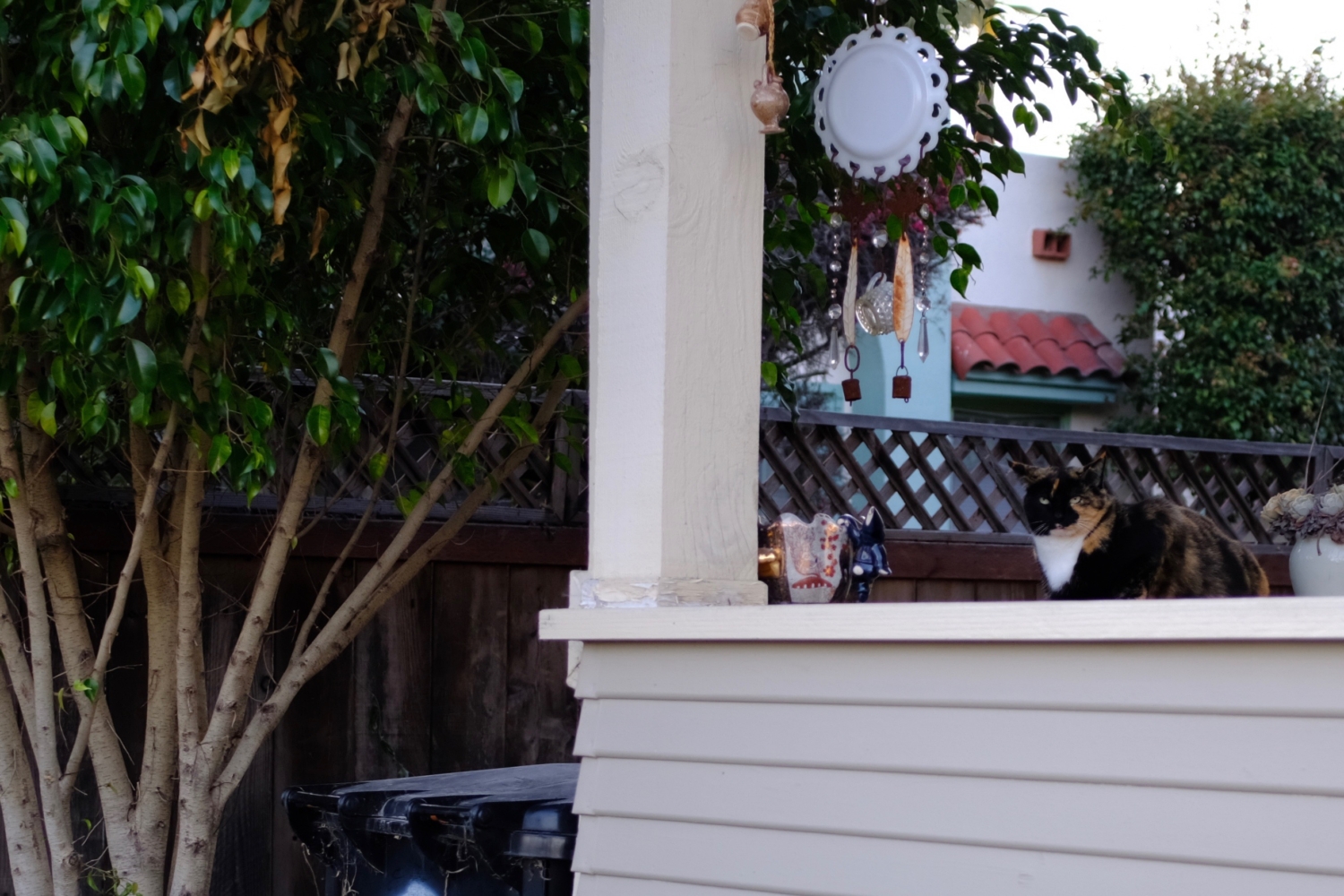 Both pics are truer to color than the third. I captured the previously unpublished reject (and others) 16 minutes after sunset, which was 6 p.m. PDT that evening two days before Halloween, using the Fuji X-T1 with Fujinon XF18-55mmF2.8-4 R LM OIS lens. Vitals: f/4, ISO 6400, 1/25 sec, 55mm. By itself, the portrait wrongly suggests the cat is obese. She isn’t. Honest! 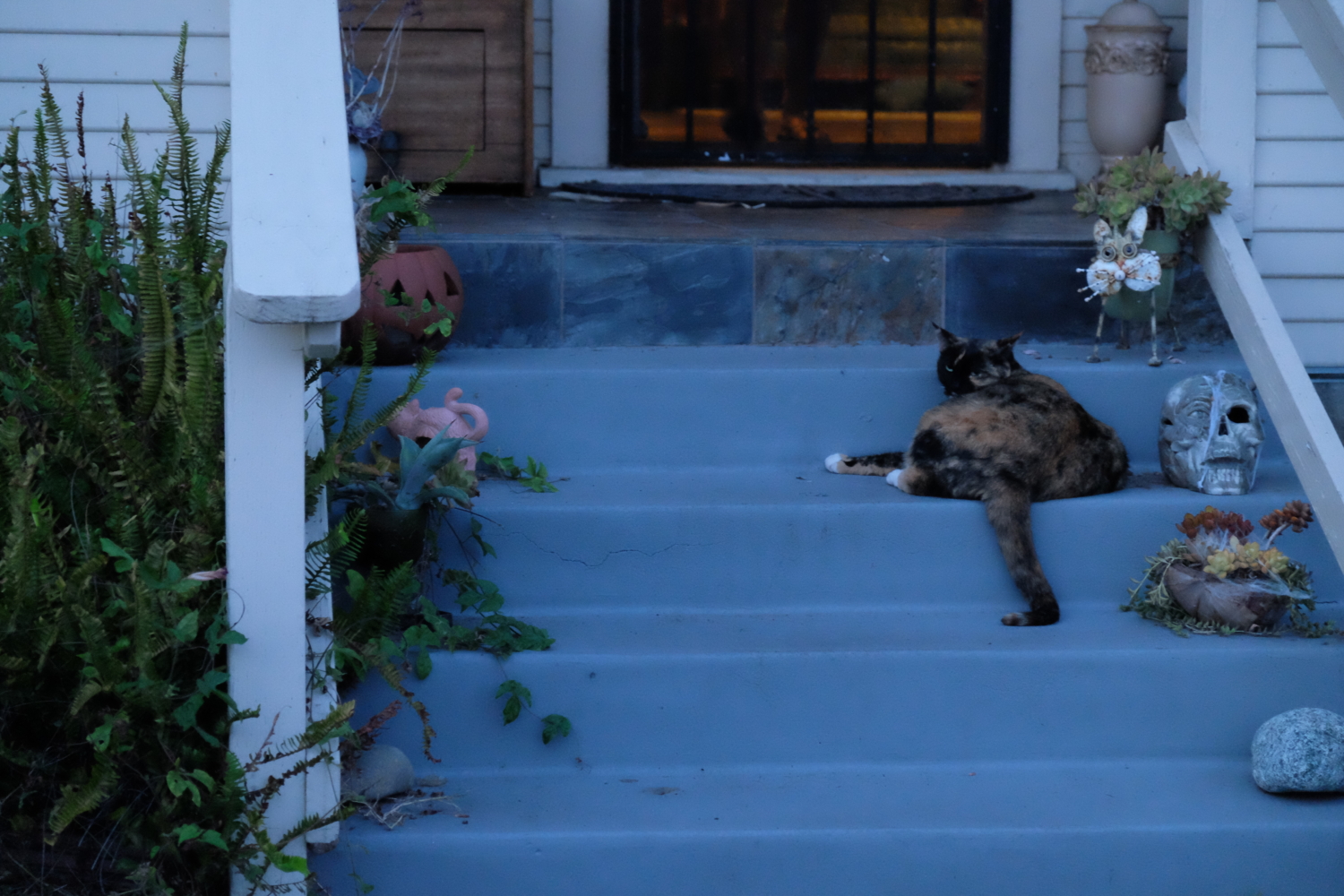