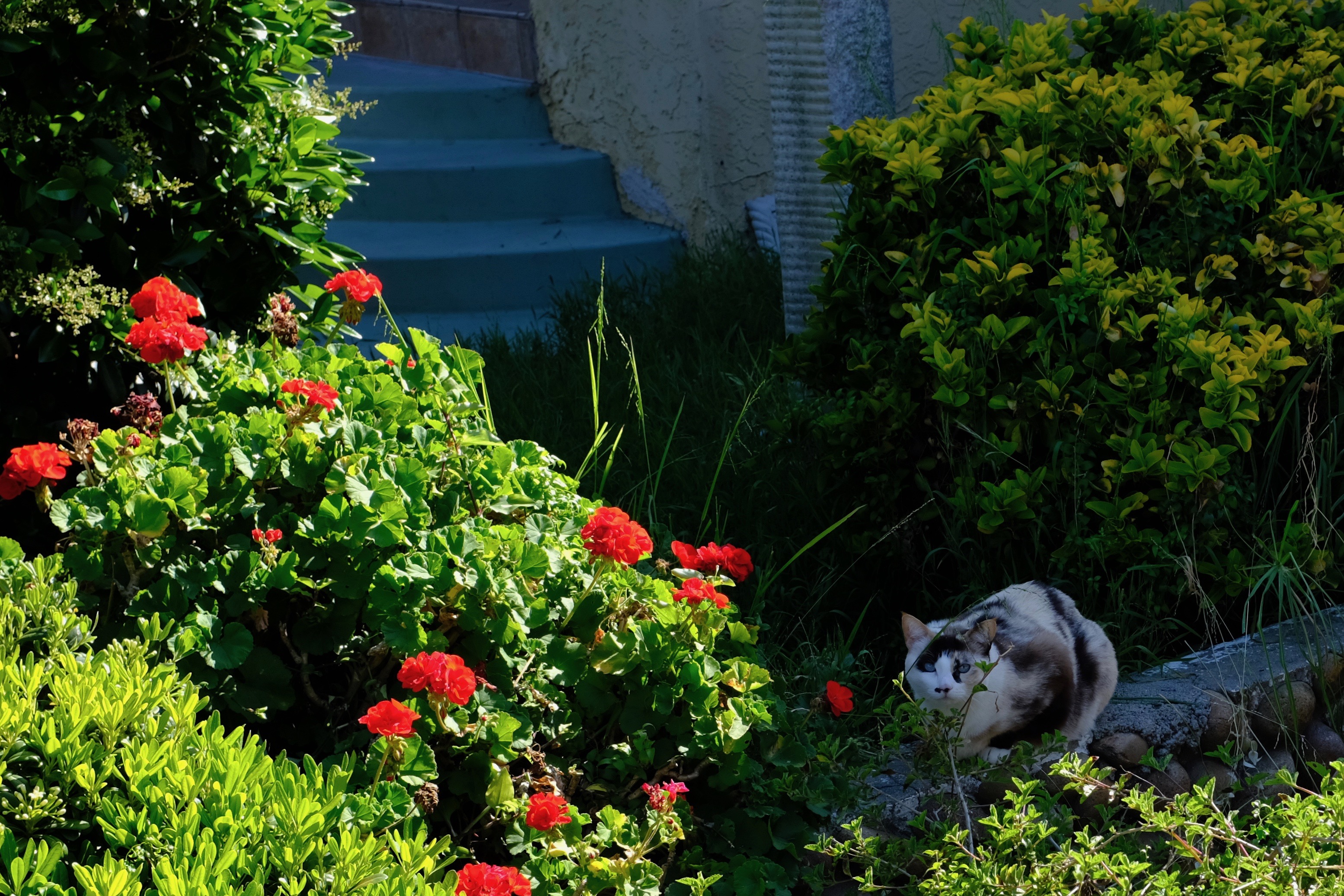 On the same block where is the three-legged Bengal, Mini, whom visited with my wife and I yesterday, and where was the hit-and-run tiger-tabby last week, there lives a Calico—or so we learned while walking down Cleveland Ave. this afternoon. She earns nickname Mellow, for letting me shoot so many photos over the course of three minutes. I tried various vantage points, seeking memorable composition, and the closest came in post-production cropping. 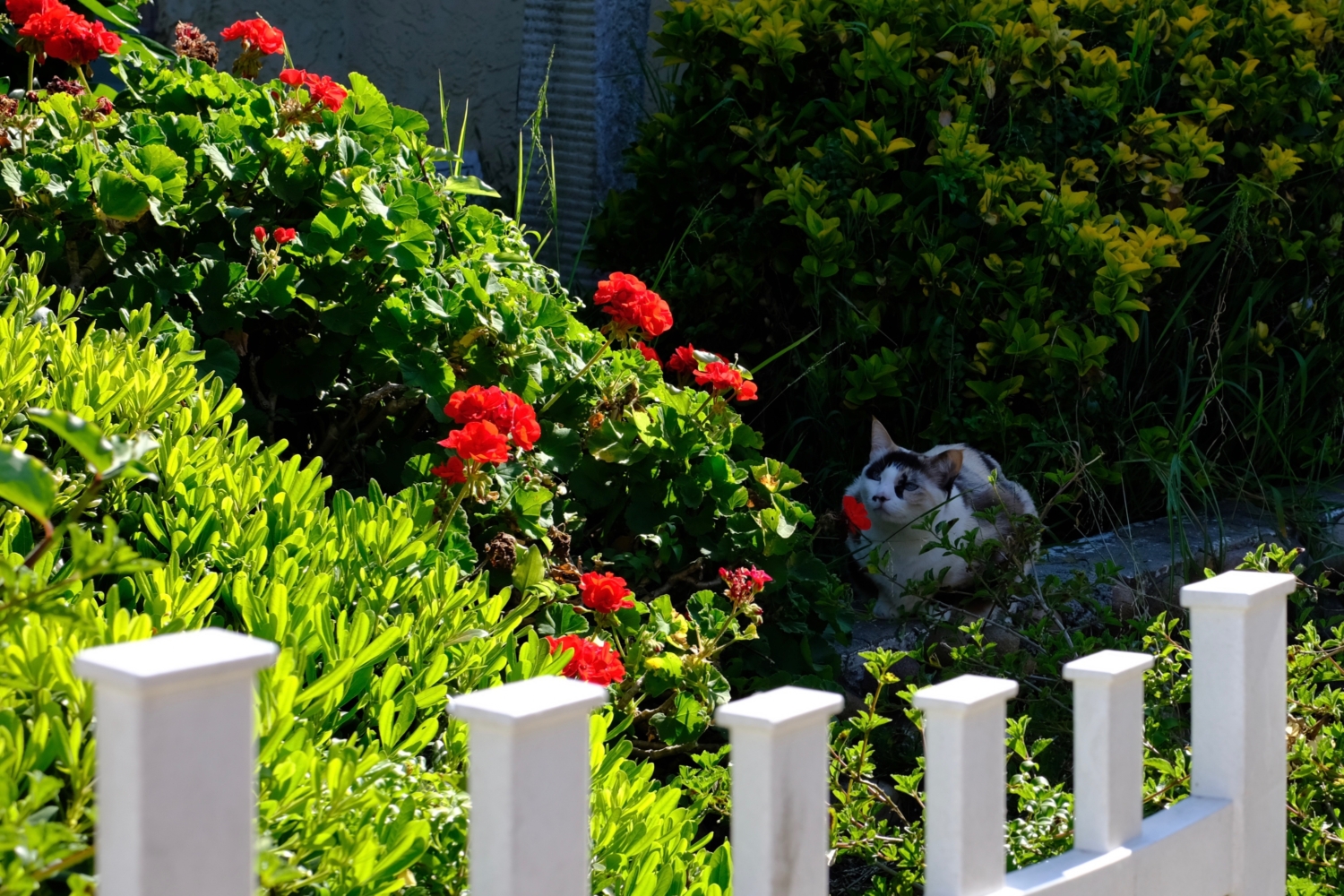 The second crop captures different perspective; angular upwards—fence, flower bush, feline’s head. Vitals, this time aperture auto-set, are same as the other but shutter speed is 1/350 sec. Time stamp: 4:11 p.m. PDT. Other than cropping, neither image is retouched. I thought to even out the light, but in the end I rather like the contrasting shadowed subject.