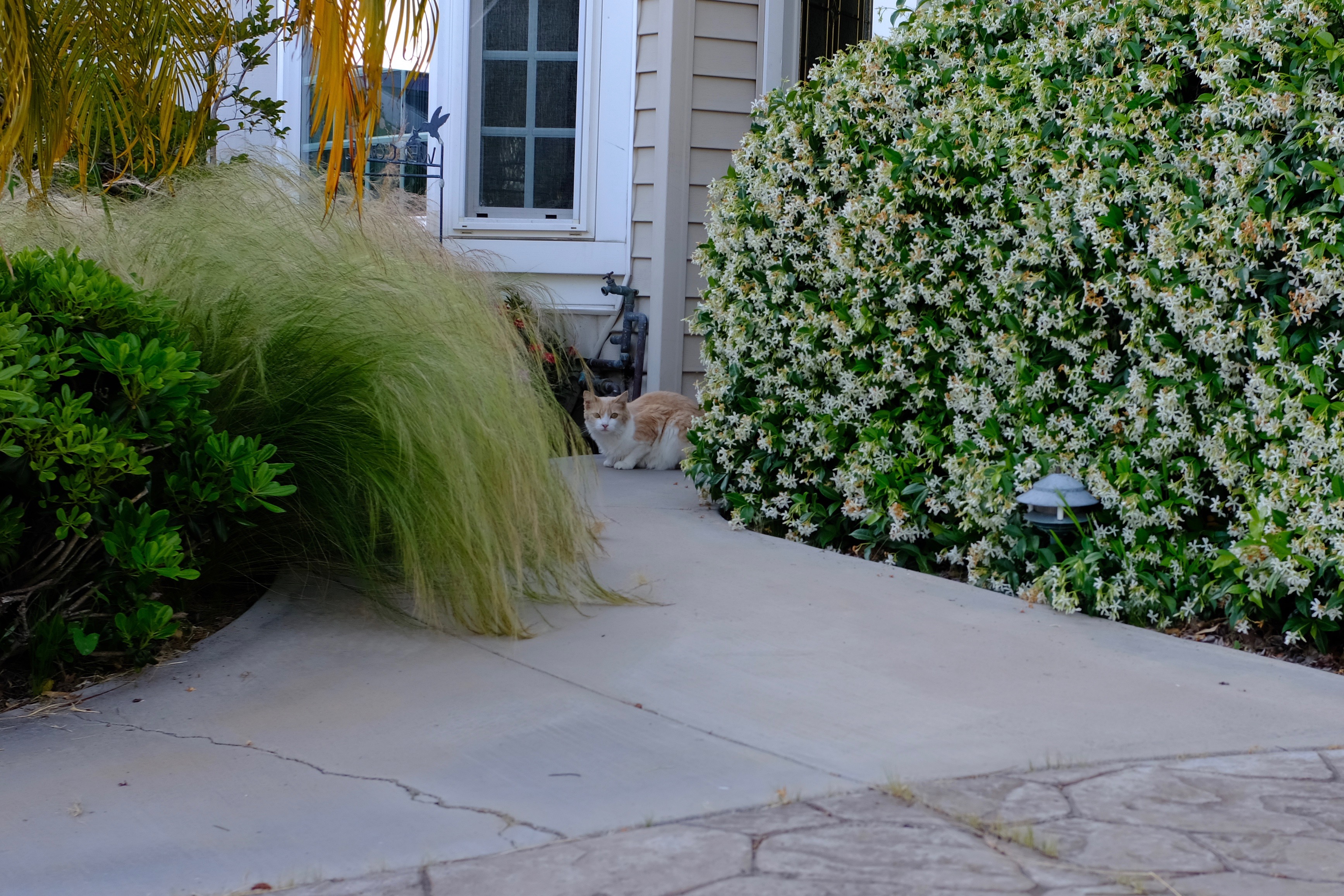 What could the owners possibly call this fine specimen? My nickname comes from our chance encounter, as I almost missed the kitty while walking down Monroe Ave. nearby North. The furball crouched just outside an open door, from which I could hear the television inside. I shot six photos at three different manually set apertures, using the Fujifilm X100F, with Velvia film simulation. I chose not to approach and risk causing a scaredy-cat calamity. The Featured Image is a 75-percent crop. Vitals: f/4, ISO 200, 1/105 sec, 23mm; 6:38 p.m. PDT.

I recognize the house, BTW. My wife and I walked through it in 2016, or perhaps the year before, when up for sale. Guess that means a new cat moved into the neighborhood—and I remain surprised finding more to add to this series. 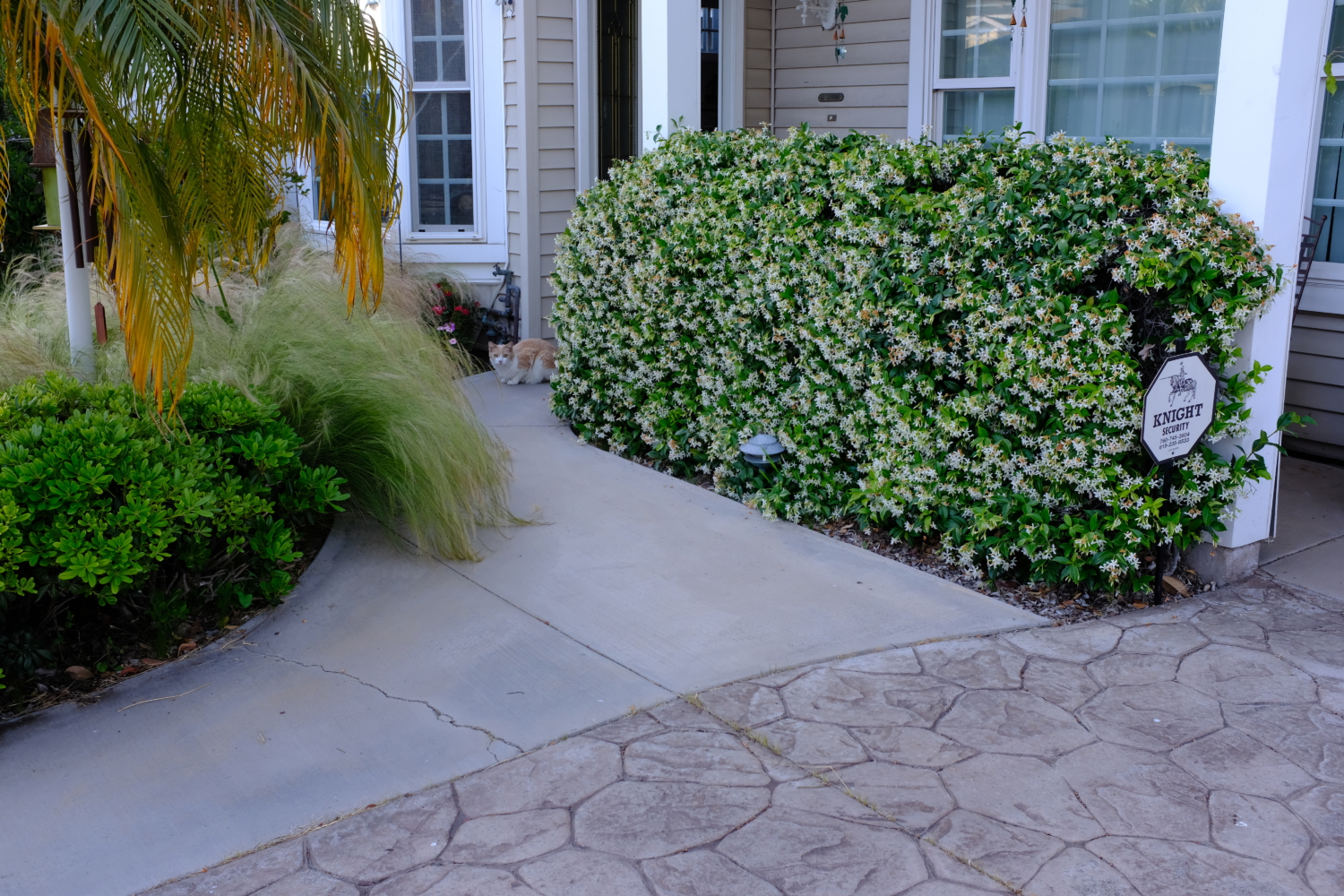 Update: Dec. 8, 2017: Walking past the house, I met the cat’s owner and asked her name: Bonde. That’s two syllables. She has a strong ancient, and Bonde is Norwegian in origin. The kitty is about five years old.