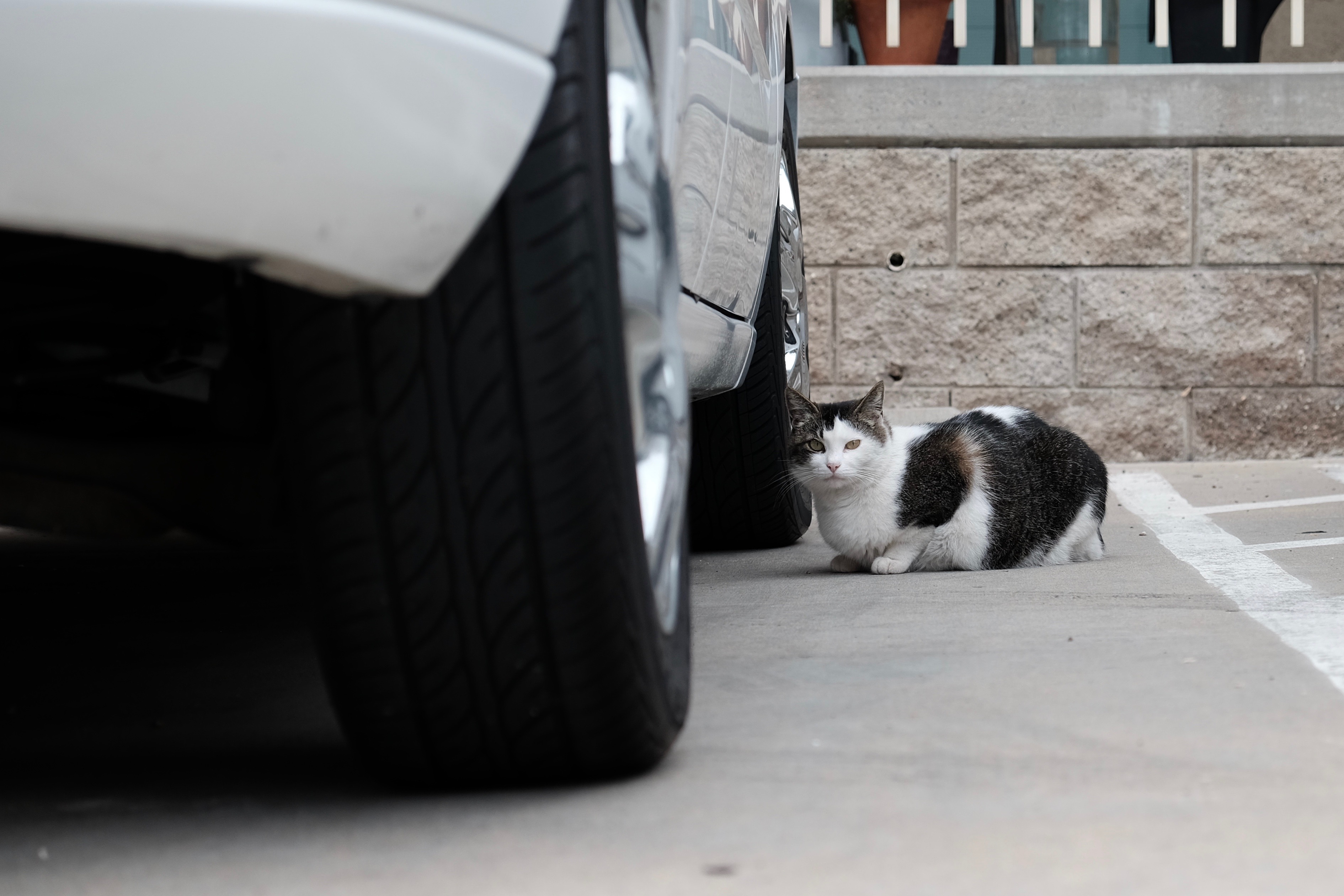 Grey May descended yesterday, as persistent clouds preceded expected weekend rains. As my wife and I trudged up Maryland Ave., not far beyond Morla the tortoise’s house—but across the street—Anne spied in an alley a cat perched by a woman sitting on a ledge talking to another neighbor. The lady explained that the all-outdoor furball responds to name BeBe, or nothing. The animal’s mother is a feral grey tiger-stripe that no longer breeds (she was fixed). The daughter had one litter before her operation.

BeBe accepts food and attention from people whom she knows. As I am a stranger, she shot round a car when I approached. But she stayed to the side rather than scurry beneath, allowing me a dozen shots while not moving too close to her. Vantage point is important. I like to get down low, and she let me. The Featured Image is last among the 12, captured using the Fujifilm X-T1 and XF18-55mmF2.8-4 R LM OIS kit lens at 4:56 p.m. PDT, with Classic Chrome simulation set. Vitals: f/4, ISO 200, 1/140 sec, 55mm. The portrait is straightened and cropped but not enhanced. 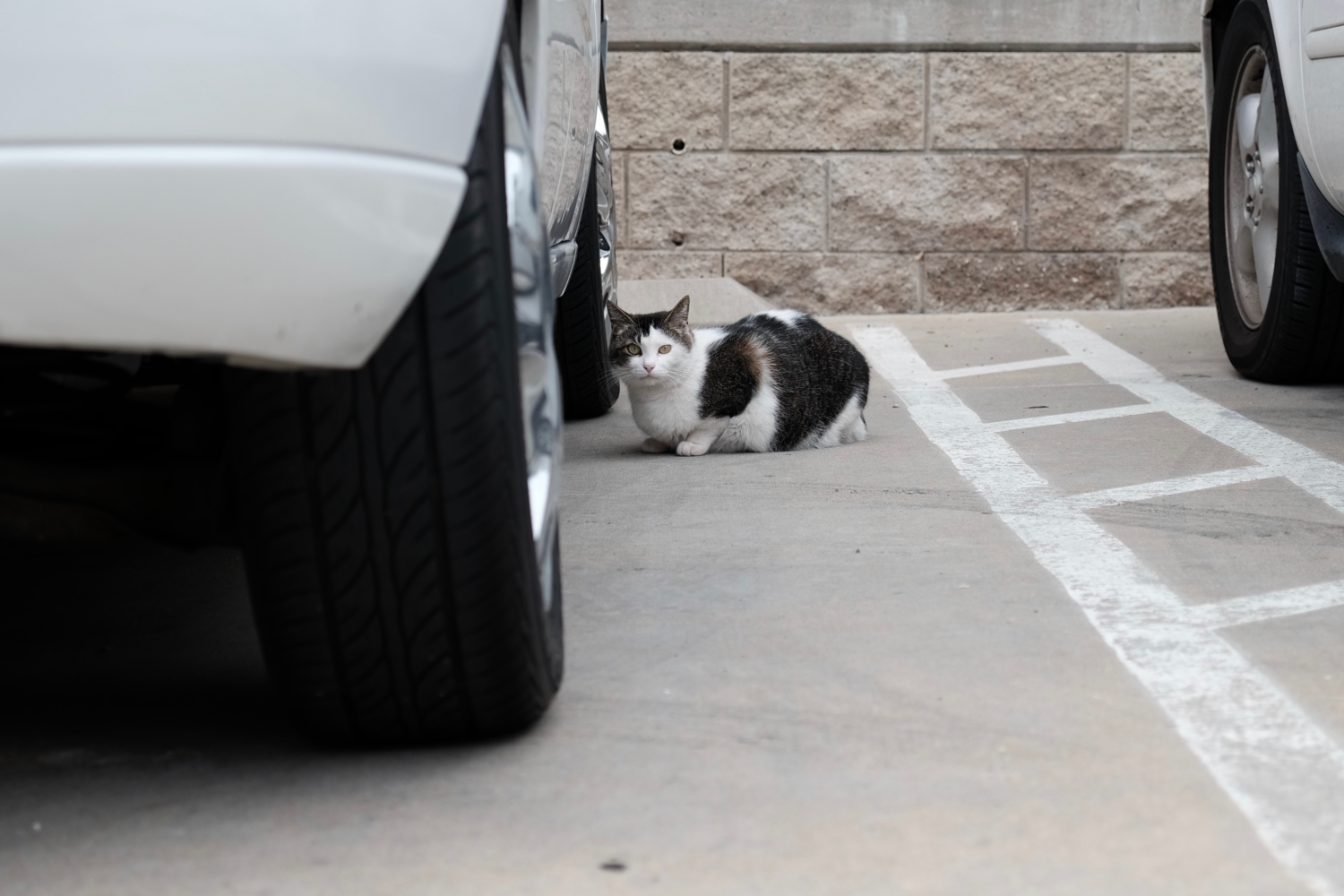