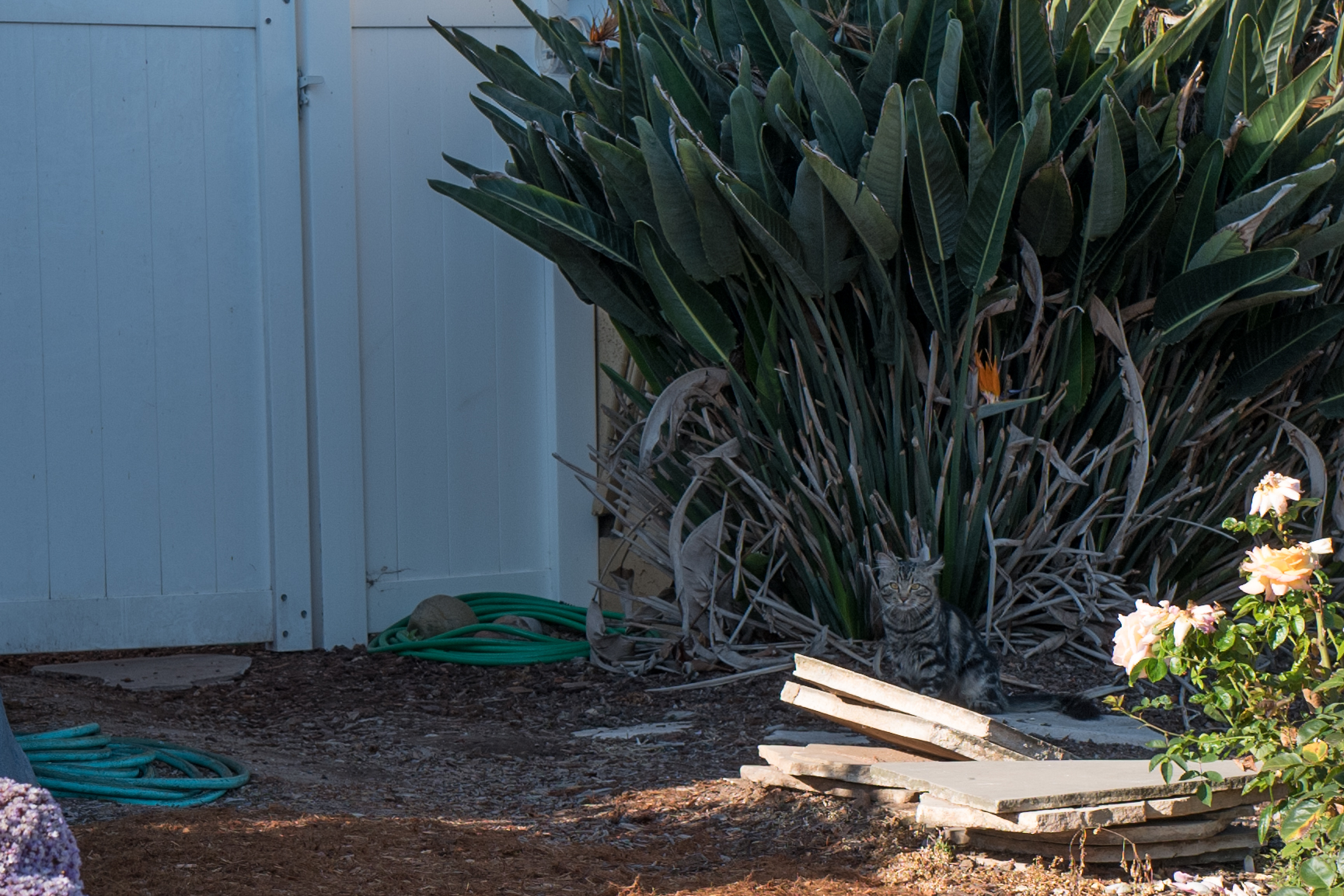 On the morning of June 26, 2017, I took an unusually early walk through the neighborhood. Along Mission Cliff Drive, approaching Park Blvd., a pretty tabby moving in the shaded greenery from yard to yard caught my eye. I jaunted down the street ahead of the kitty and took up vantage point to shoot, and she obliged by stopping to pose. This is the first of nine portraits—and the best. I used manual focus for some of the later captures only to catch the tabby turned down grooming. Humph! The Featured Image is a fairly-close crop from an original shot with Leica Q at 8:06 a.m. PDT. Vitals, aperture manually preset: f/5.6, ISO 100, 1/320 sec, 28mm.