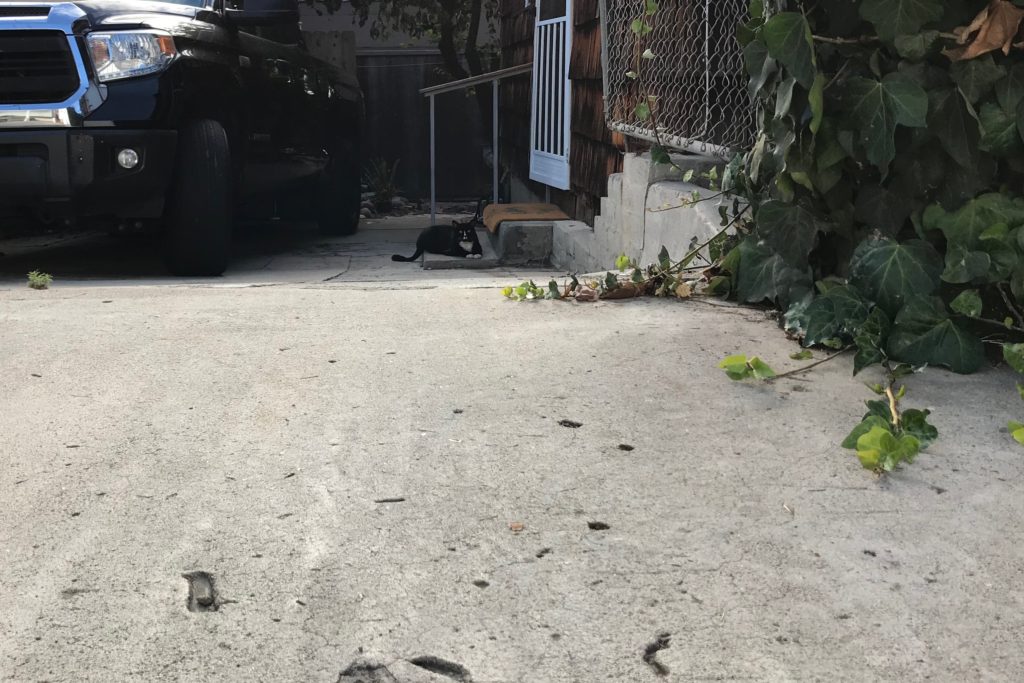 Among the distribution of neighborhood kitties, two color combinations surprise me: White with orange/tan blotches and tuxedo. Hence the nickname for today’s furball. Drop by for the other, tomorrow.

I spotted this fine specimen while walking up the Maryland Ave. alley from Van Buren to Meade. At first, I thought that Pepe, who lives nearby where VB meets Cleveland, had gone on an adventure. But after close inspection, on MacBook Pro at home, this fine feline is a different animal. And the other tuxedos: Fraidy, Patience, Poser, Sammy, and Spot.