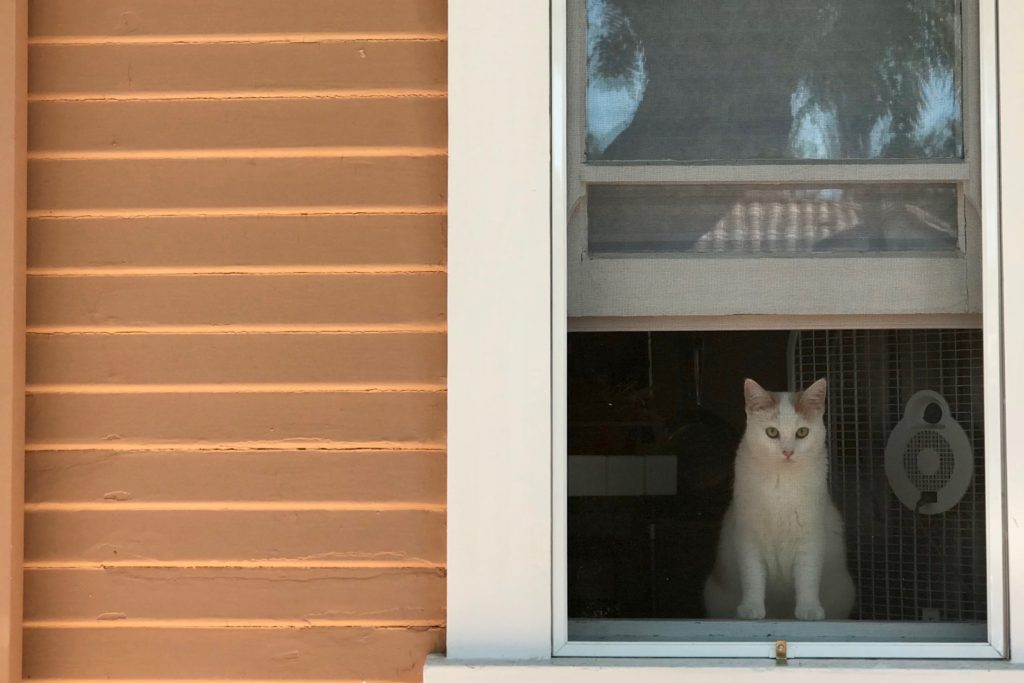 Since starting in October 2016, this series has featured more than 85 different felines—the majority of them domestic pets. Solid colors like black or grey and tiger-stripe combinations are unsurprisingly widely represented. But I would never have anticipated any number of white with orange/tan accents. Like today’s meower: Flower, Riley, and Scruffy.

I shot the Featured Image yesterday morning, using iPhone 7 Plus’ second camera to zoom by 2x. While walking to Trader Joe’s, I saw an Open House sign for 1052 Lincoln Street. But I arrived about a half-hour early for the uhm (cough, cough), ah (choke, choke) $1,499,000 listing. Homes here are insanely overpriced. Moseying a little further along, a cat meowed at me through a window screen. Somebody surely wanted to come outside!  I nickname the kitty “Cool”, because of the fan he sits beside. Vitals for the 100-percent crop: f/2.8, ISO 20, 1/128 sec, 6.6mm; 11:28 a.m. PDT.