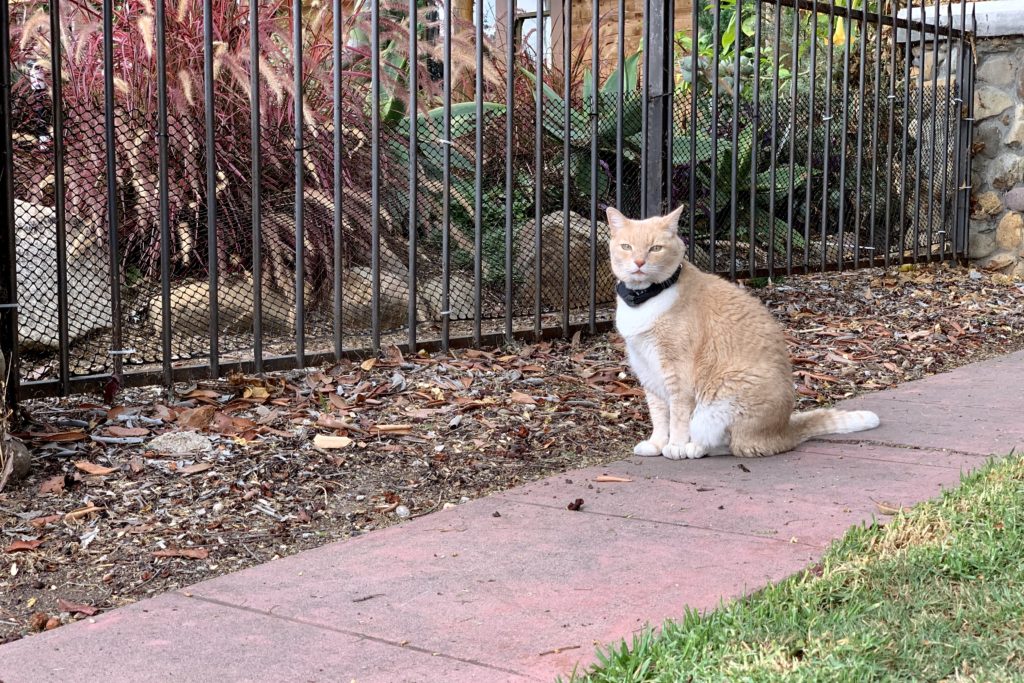 One apartment complex courtyard and three cats—two of them seen in the photo below the fold. But the beast in the foreground is not today’s featured feline. I just like the composition and opportunity to differently present our Caturday specimen. With confidence, I can state that the tiger kitty is none other than Chub (a nom de plume), whom we met on New Year’s Day. But his buddy in the back is new to me; and to this series. The third beastie, whom I dub Blue Too, presented minutes later, and her photo will appear in a followup to “Meow! Second Sightings“.

My nickname for the tan short-hair is “Roamer” because a GPS collar appears to hang around his neck. If the owner put one, there must be a reason—like a wandering pet. I trespassed to get his portrait—and others. The furballs live on Campus Ave., beyond Madison towards the canyon that overlooks Mission Valley. I spotted them from the sidewalk, then approached slowly, shooting a series of portraits before capturing each one. Hey, did Chub lose some weight? 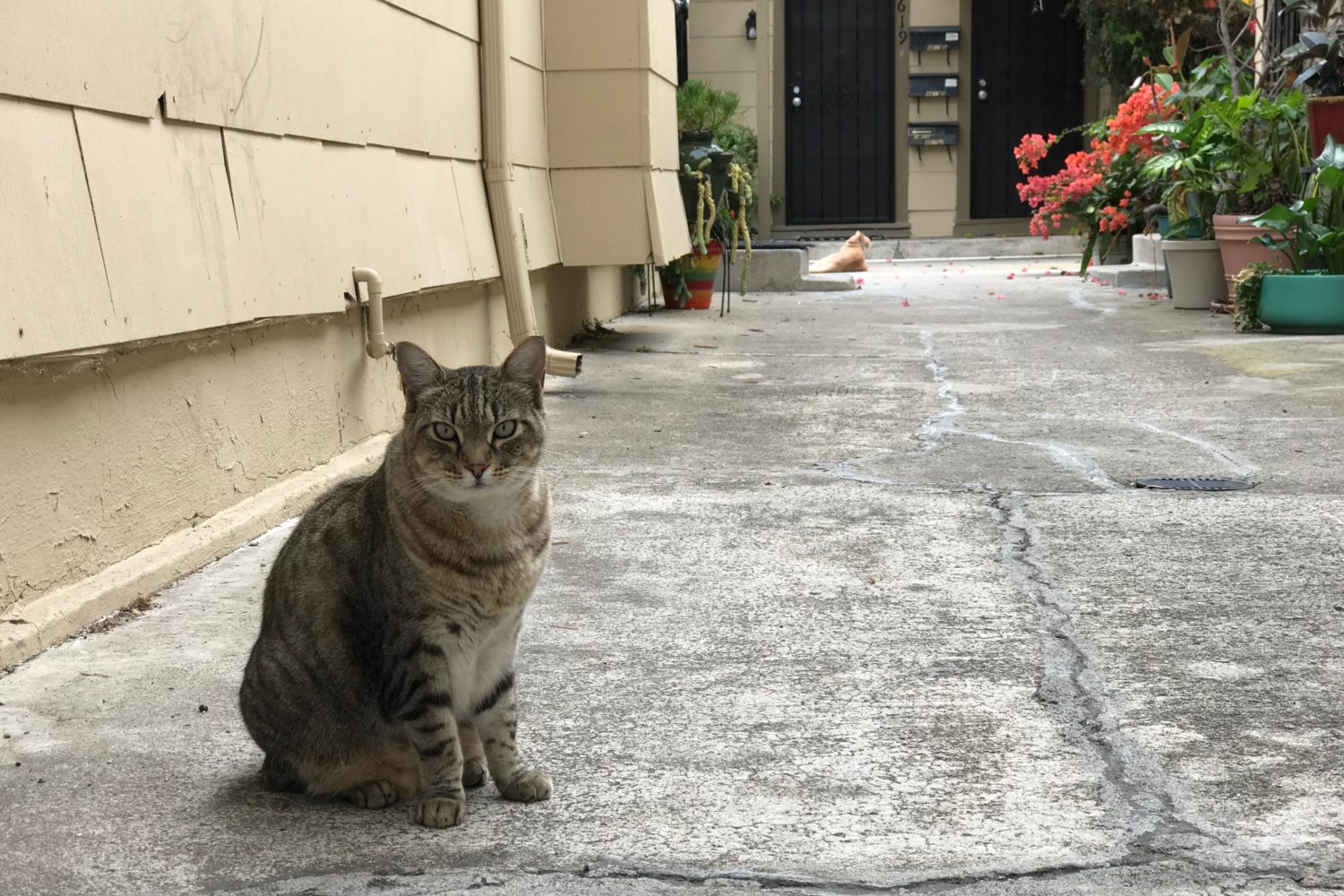 Update: The Featured Image is an unusual late edition that replaces what is now the second pic, that is referred to in the opening paragraph. I captured the newer image more than two years after this profile posted: Sept. 11, 2019, using iPhone XS. I had promised to swap in a good portrait should I ever get one. Done. Vitals: f/2.4, ISO 16, 1/145 sec, 6mm; 9:35 a.m. Location: North Ave., not Campus. 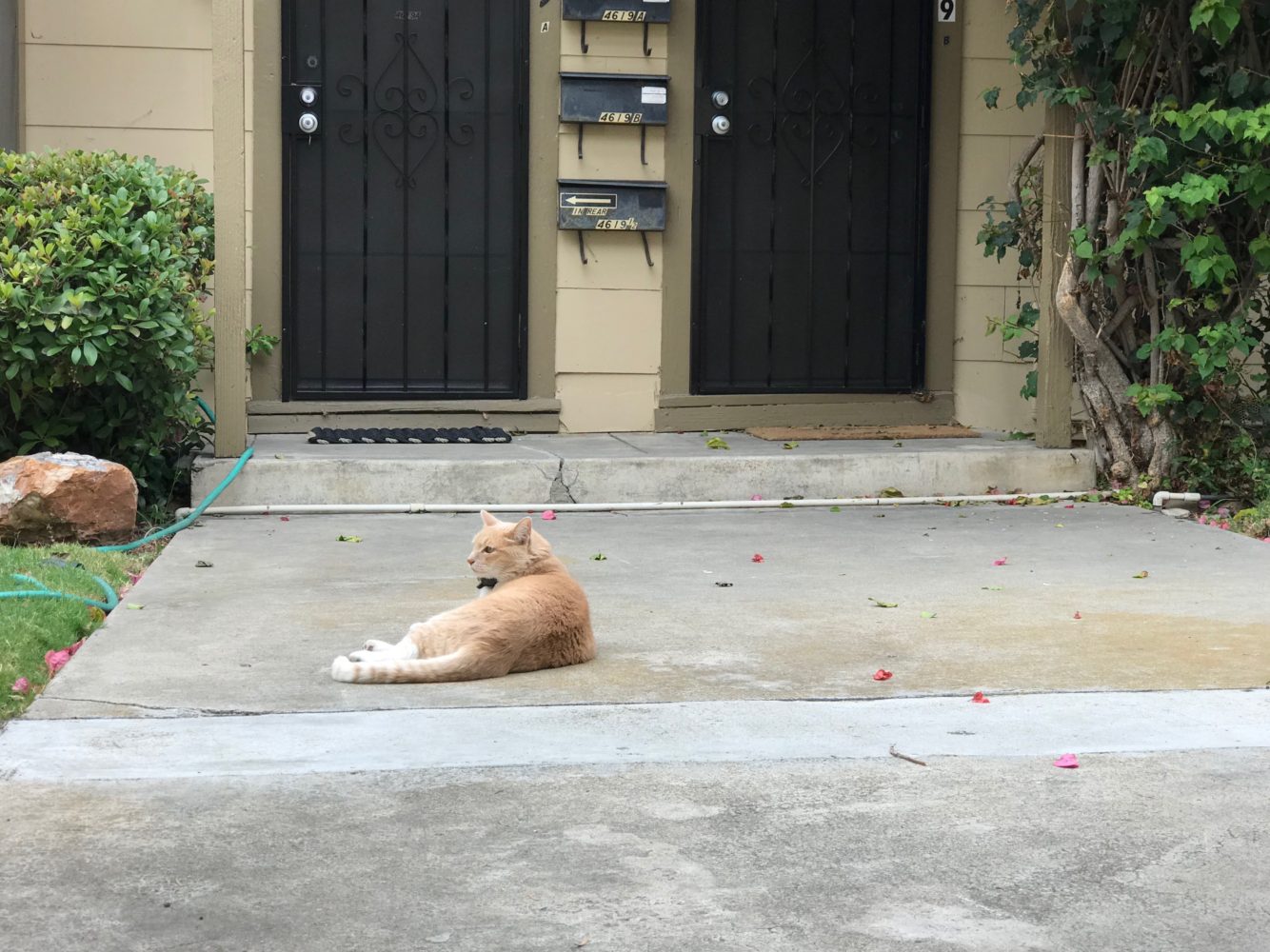 As I closed in, Roamer gave up his slumber time and moved away. The final shot is the keeper , and it would have been primary photo if not for Chub’s fine placement. Vitals are like the other two, but 1/120 sec shutter and 9:26 a.m. timestamp. 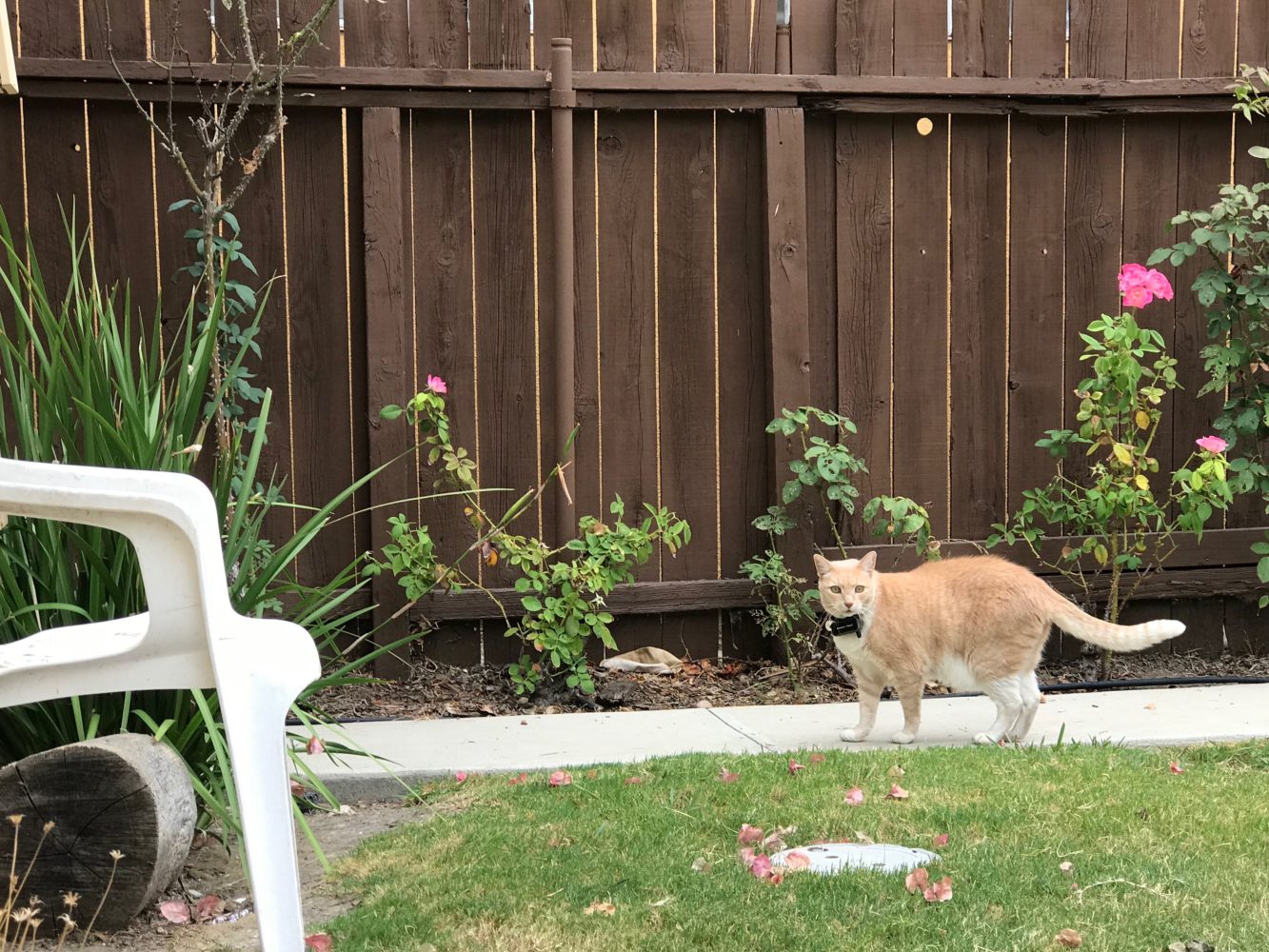 Update, Dec. 10, 2017: For the second day in a row I saw Roamer in an apartment courtyard along North Ave.—this time with his owner. I learned the kitty’s real name, Benny, and the appropriatness of my moniker: He does get arouund, and, yes, Benny wears a GPS collar. The handsome kitty is about 10 years old. But I am confused. Given the territorial nature of cats, what was Benny doing hanging out one block over on the turf of Chub and Blue Too?