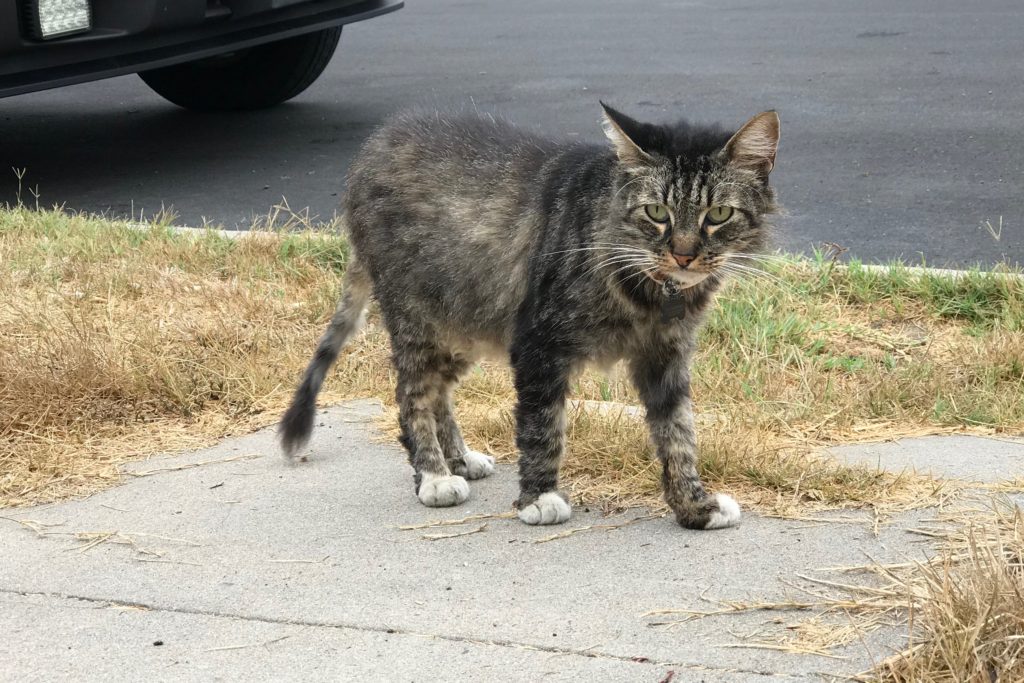 The next three felines featured in this series were all seen yesterday, on Alabama Street between Adams and Madison. We start with one of the scrawniest-looking kitties that I have ever seen. But the beastie is loved, and cared for, despite giving first-impression of being a feral in poor health.

Meet Itchy Valentino, who, as you can see, is quite thin—and the meaning is for some of the patches of scant or missing fur, too. He has a collar, with tag that reads: “I have allergies and take meds & special food. I’m OK!” Yes, but someone isn’t keeping to his strict diet, because Itchy meowed like a distressed female in heat before coughing up something. Twice. I thought maybe a furball, but on examination more likely grass or plant matter ingested as roughage.

Mr. Valentino is quite friendly, and, when we first saw one another, he hung out with an off-white and orange-accented cat whom you will meet tomorrow. While I had the Leica Q in tow, the best photo opportunities presented when the cat came out from underneath a car and I had iPhone 7 Plus in hand shooting a tuxedo kitty, who will join the series soon. (Recently, I started using the smartphone as capture companion, collecting location information in the metadata.) 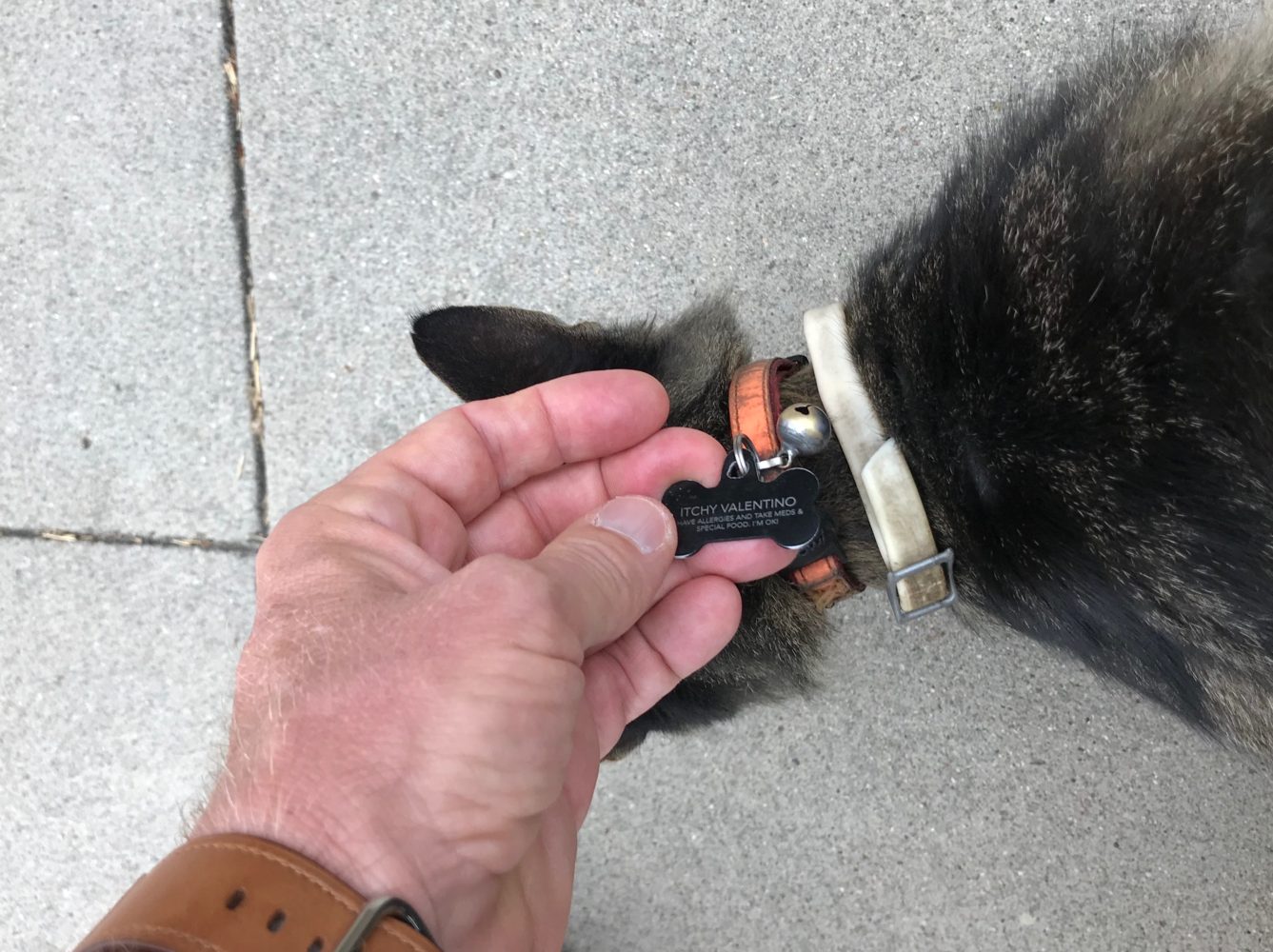