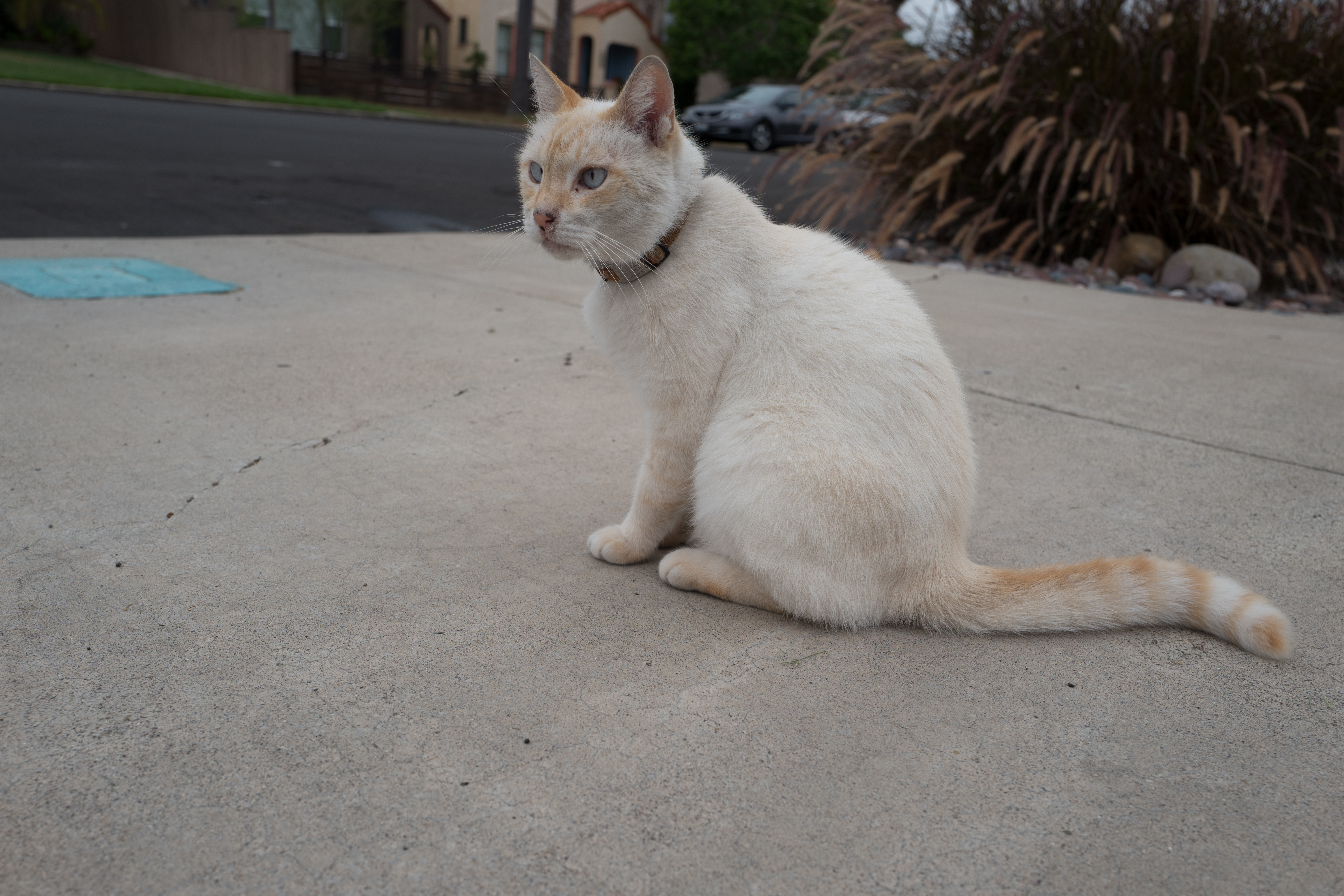 The sudden, and unexpected, recent discovery of new neighborhood felines (five in two days), makes this site look like a cat blog, which it most certainly isn’t. I met three on Alabama Street, day-before-yesterday. Goldie is second of the trio.

The kitty approached, strutting behind Itchy Valentino, as I walked from Adams towards Madison. I shot the Featured Image, using Leica Q, on Sept. 5, 2017, at 8:48 a.m. Soon afterwards, a mom walking kids to school passed by. One of them knew the kitty’s name, which she said, and I later forget—embarrassingly. Yesterday, I walked back, luckily finding Goldie lounging on the sidewalk; name is on his collar. 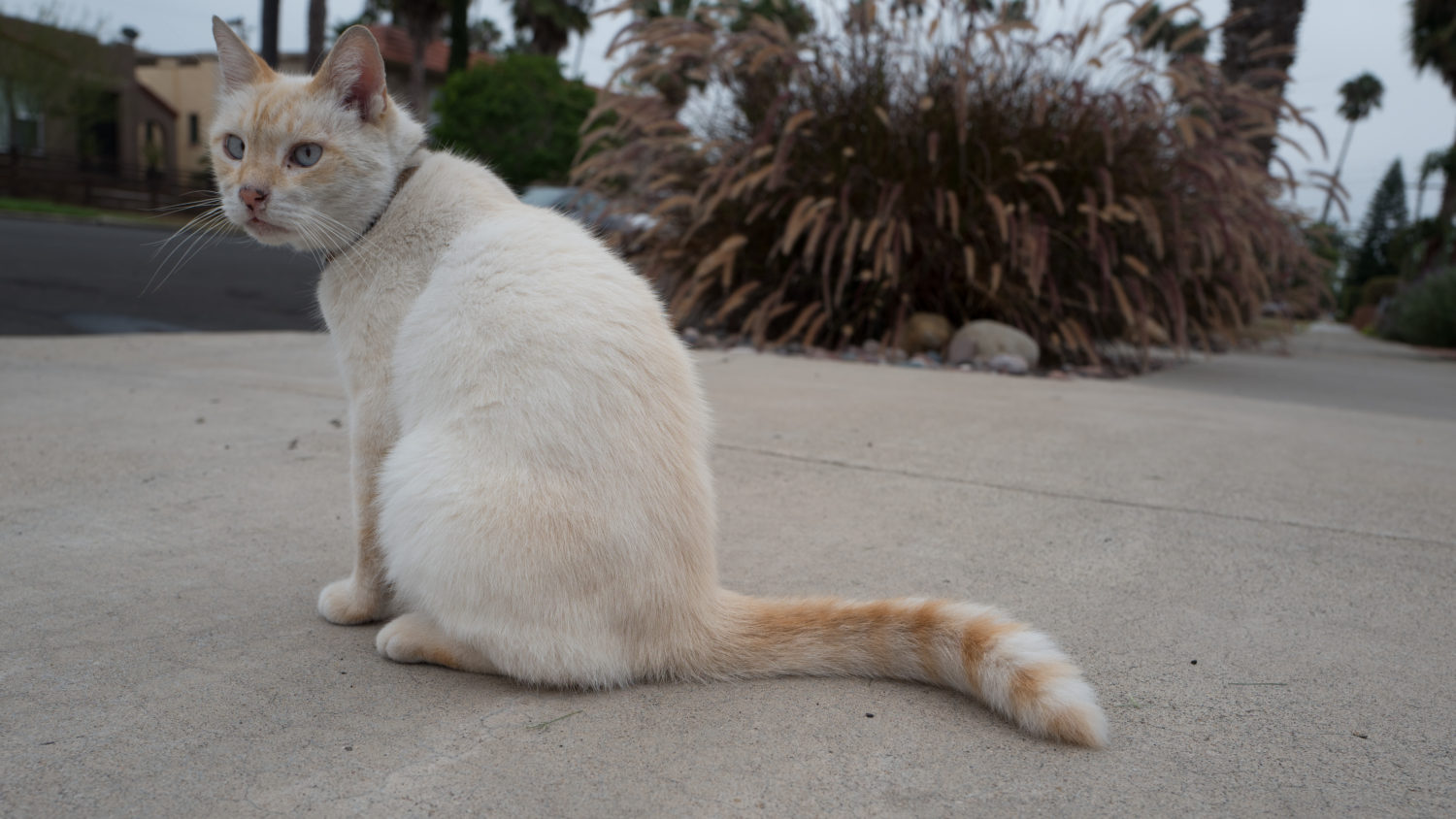 For matters of taste, I prefer the second photo, which is cropped 16:9, despite its odd composition. That’s the only reason for presenting two—much as Goldie deserves more. Can you see that he’s a little cross-eyed? Vitals, same for both images, aperture manually set: f/5.6, ISO 100, 1/250 sec, 28mm. Neither pic is otherwise retouched.