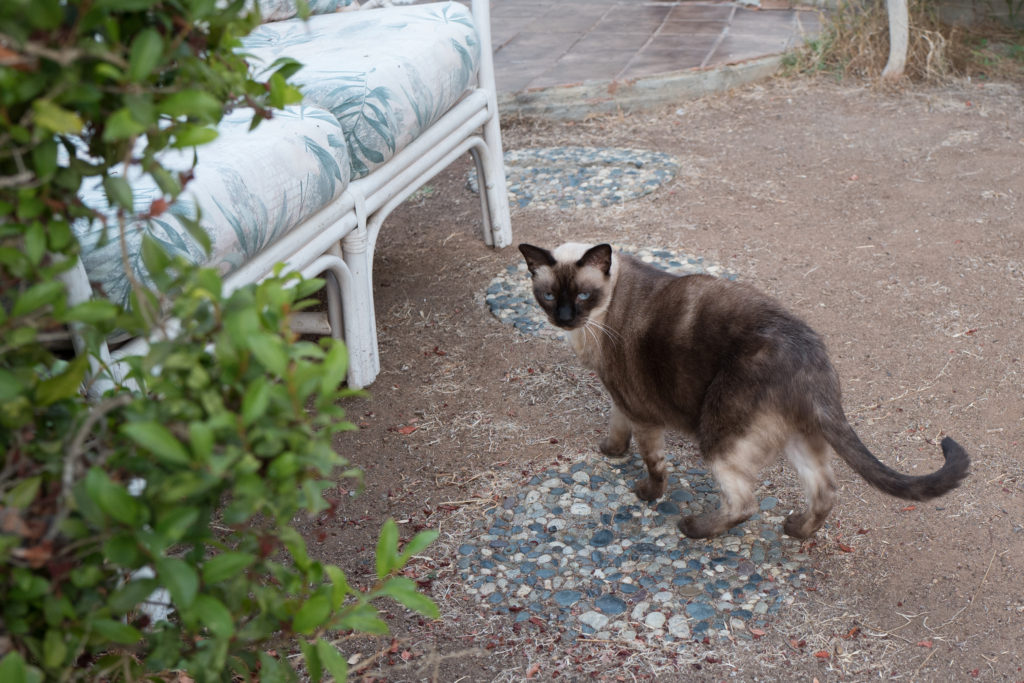 Around the neighborhood, there are numerous nook-and-crany streets that dead into one of the canyons. Last night, I walked down several of them, for the first time in months, seeing a meandering, slow-moving siamese in one of the yards along Proctor Place.

The kitty approached me, initially. But when kneeling down to shoot, over a low-lying brick wall, I inadvertently nudged a green grated-metal door, which creaked. The furball stopped, but did not rush away. Rather, the kitty slowly strolled across the yard to an open security door and vanished.

I captured the Featured Image at 5:52 p.m. PDT, about 40 minutes before sunset. But dusk had come early, moved along by Westerly cloud cover. I used Leica Q, manually presetting aperture and shutter speed. Vitals: f/4, ISO 320, 1/125 sec, 28mm. Photo was cropped for composition but otherwise is not retouched. I give nickname Crystal because of the eyes, which demand your closer inspection.