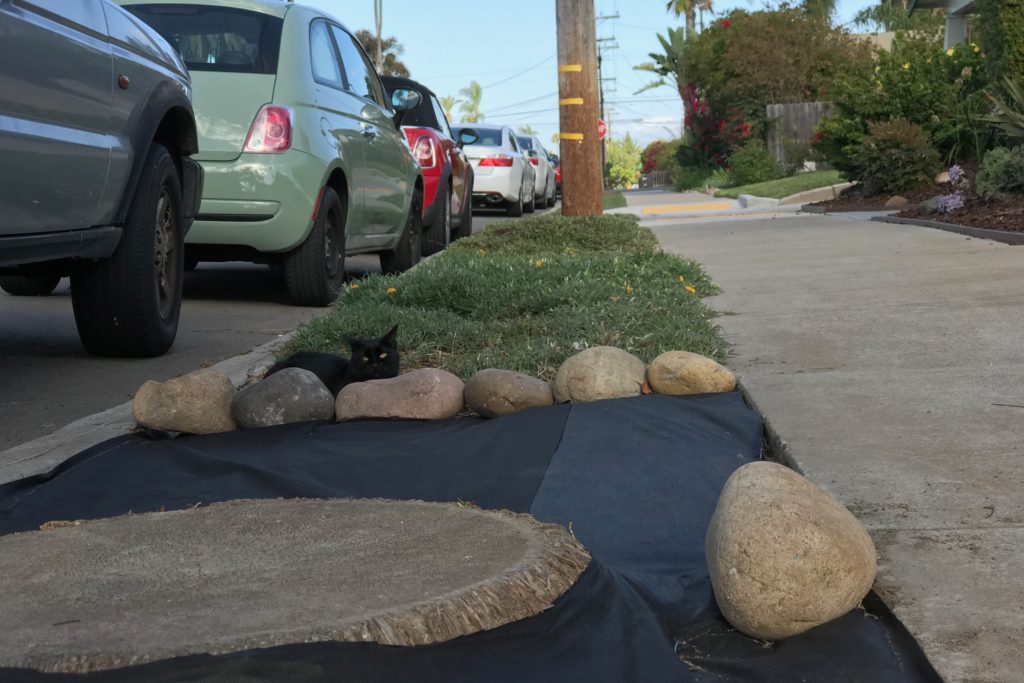 On the same block where last night utility workers repaired electrical cables above, 24 hours later a lone feline lounged below. I greeted the beastie after parking our car, at 4:25 p.m. PDT, following a trip to the bank and pharmacy. Important note: In July 25, 2017 post “Meow! Second Sightings” I misidentified this kitty as Black, who appeared in this series two months earlier. Turns out that the two are companions living in the same house, which I  can see looking down the alley from our kitchen window.

Around seven this evening, as I drove up with a Super Supreme pie (without olives) from Pizza Hut, both cats sat on their home’s porch railing. The one I nickname Black jumped down for attention when I approached. Her collar is the same as those in my previous photos. The other’s collar matches the one worn in the misidentified portrait. Whoops! 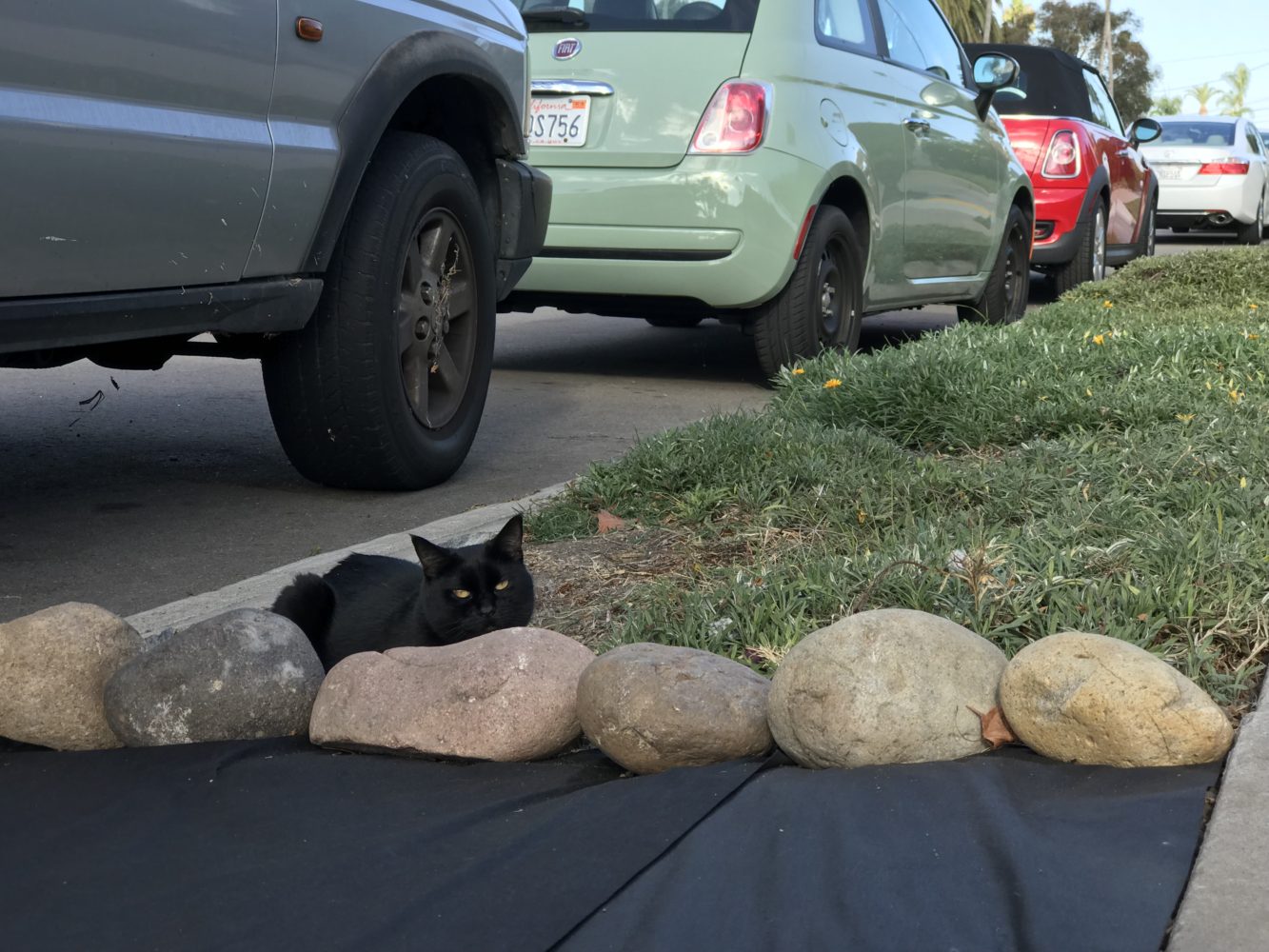 I don’t know the other animal’s name, so for now, let’s call her Siesta, because I often see her lounging in bushes’ shade alongside her house; this is the first time on the sidewalk, though. I shot the Featured Image and its companion with iPhone 7 Plus. Vitals, using the second camera to 2x optically zoom: f/2.8, ISO 20, 1/207 sec, 28mm. The other is same but 1/134 sec shutter speed. Both are HDR composites.