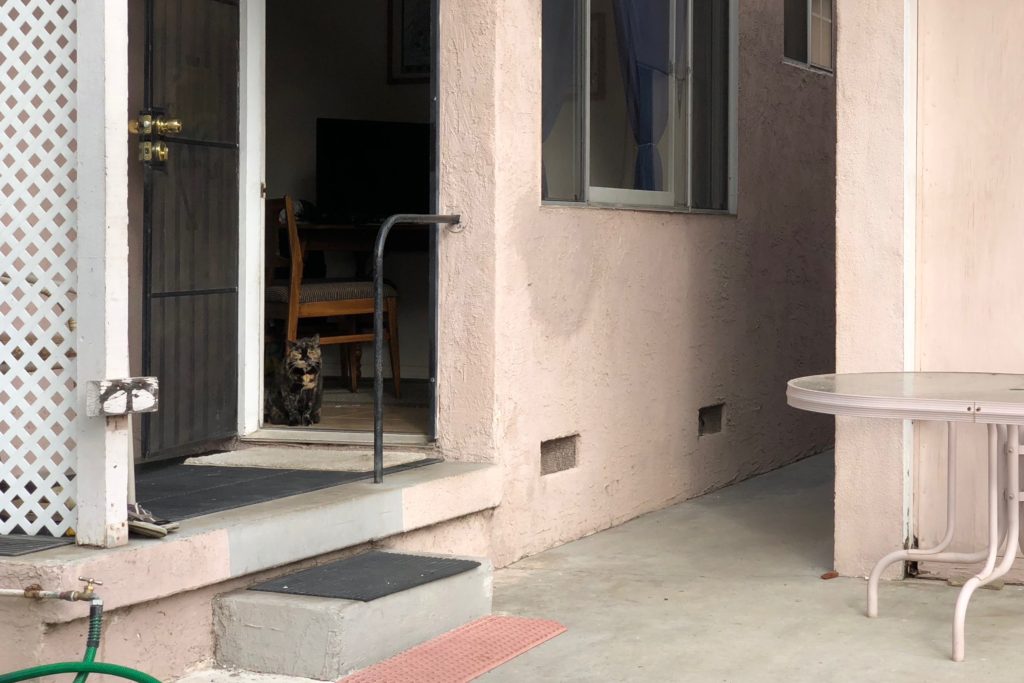 When dissatisfied with a kitty portrait, I typically will wait for another shooting opportunity. Exceptions are often like today’s Featured Image: Unlikely future sighting—as must be presumed from the doorway locale. This is not an animal I expect to see prowling the street, despite the food dish down the alleyway, where a black cat ate but skittered away before I could capture the moment. That’s about as much outdoors to be expected.

No offense intended towards the owner—and as caretaker of a fat ginger, none would be—this cat is the first chubby tortoiseshell that I have ever seen. Torties tend to be lean (and even mean). The furball watched me go by from a residence nearby Florida and Howard Avenue, which approach the outer edge of the neighborhood where it meets adjacent Hillcrest.