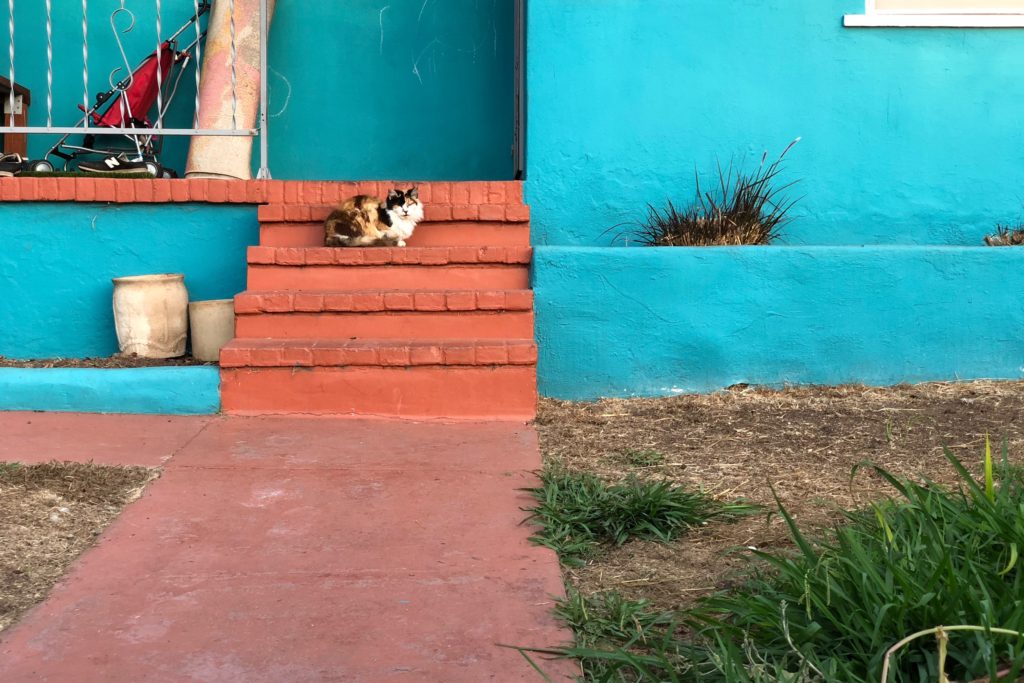 For the second consecutive day, I saw a cat on the same block along Mississippi Street—beyond Howard. The first, Peohe, is a big, black, friendly fluffball. The other is Panda (yes, her real name). She so reminds me of Luna, whom my wife and I would see in the yard of a house on North Avenue., near where it meets Meade. She disappeared 18 months or so ago, and I was sorry to never have taken her portrait. Panda is as close as this series will get to her. 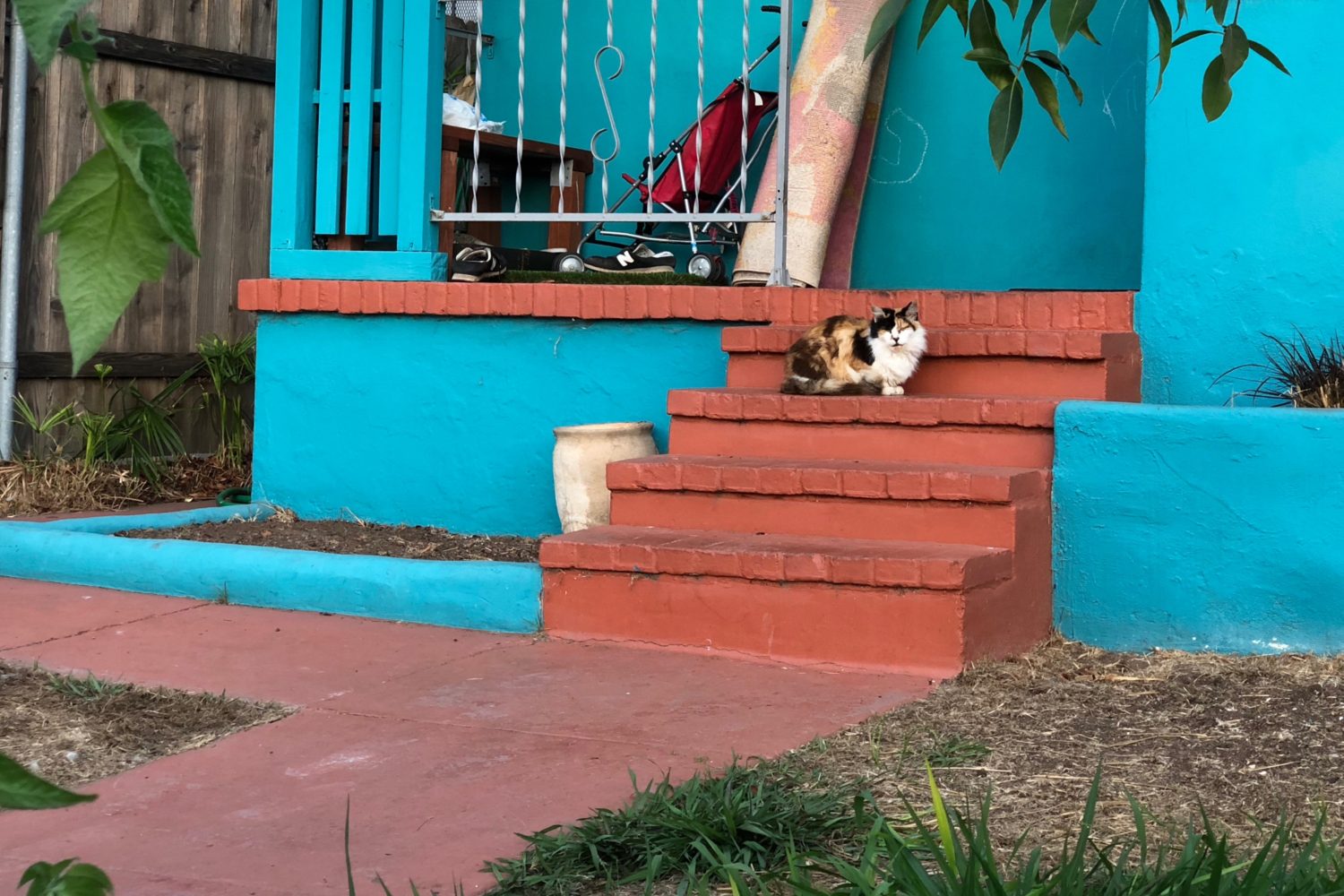 Like Luna, Panda is a big fluffball with yard as territory, where she sleeps in a designated spot (that she chose, obviously). Uncharacteristically, I updated after posting with a portrait of her doing Zzzz inside the fence. I walk by the house often going to the grocery store, and that’s where she mostly likely will be. It’s another iPhone X shot, on Dec. 10, 2017, at 12:02 p.m. PST. Vitals: f/2.4, ISO 16, 1/326 sec, 6mm. 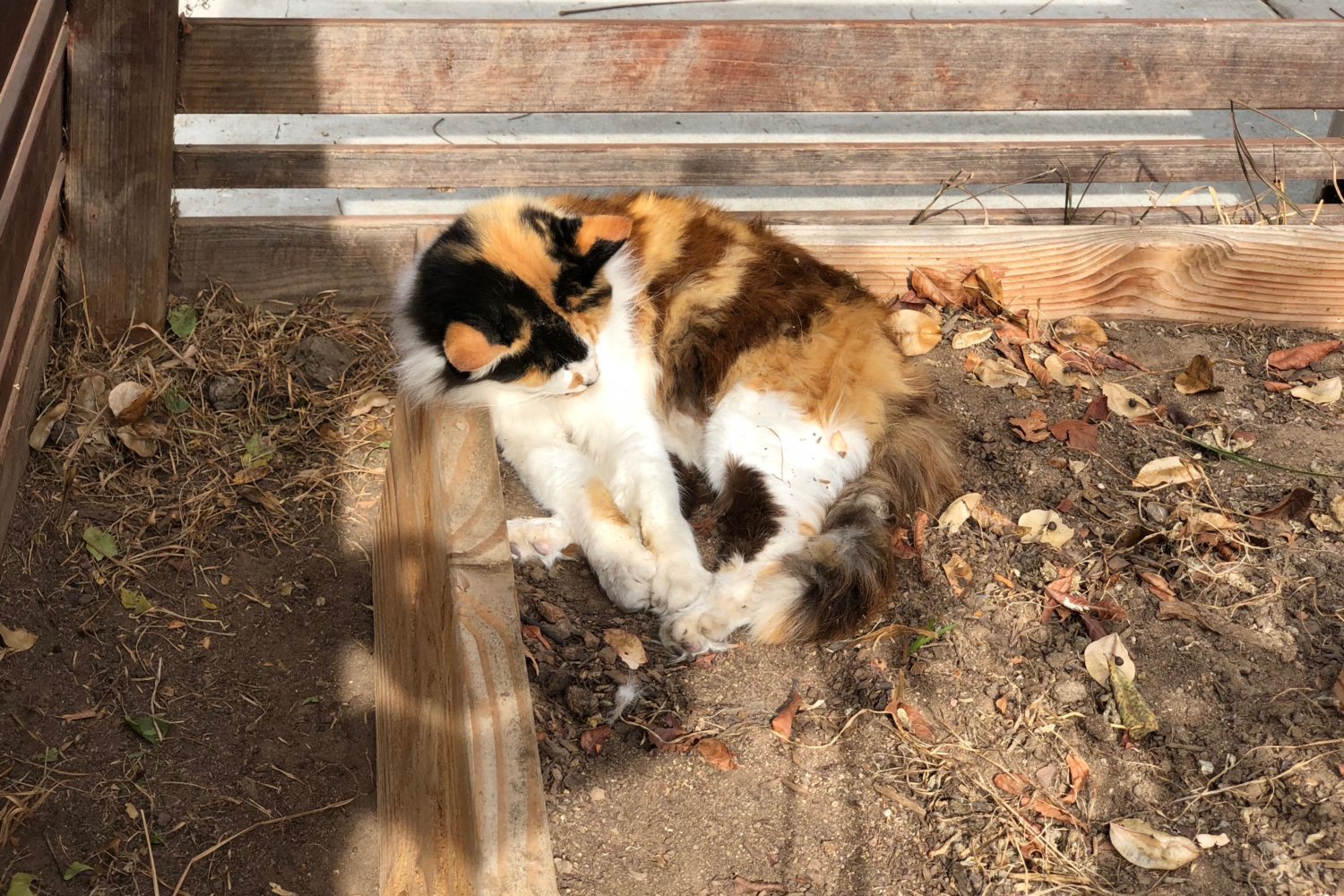