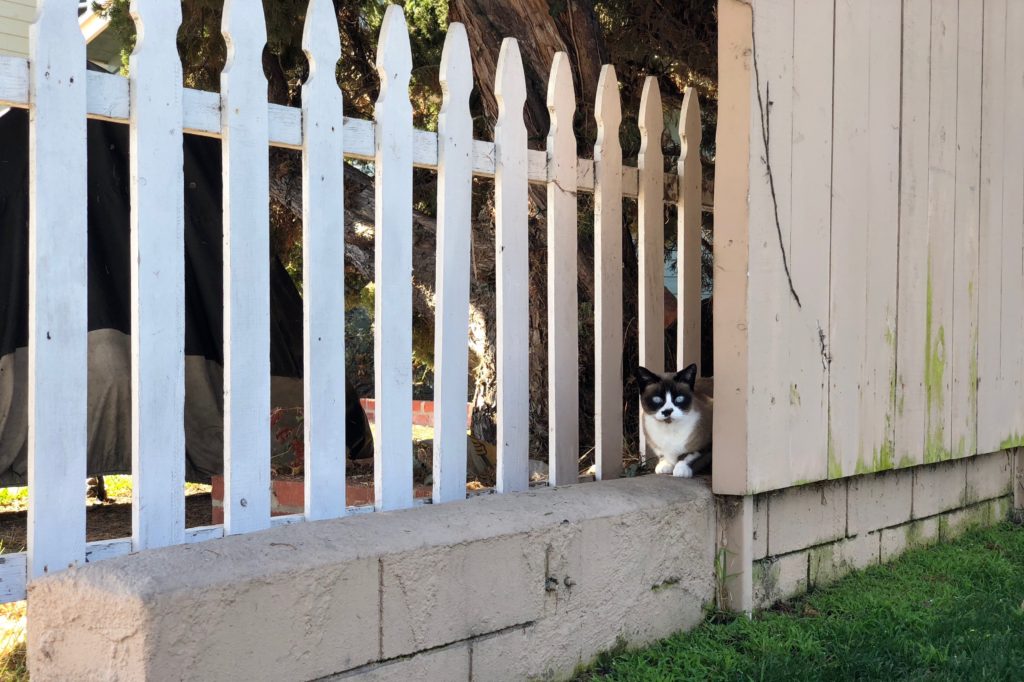 Along Alabama Street—on the same block where live Goldie, Itchy Valentino, Mr. Kitty, and Anthony—there plays a lovely feline that I started watching closely last month. The first photographs were okay, but not great. I returned repeatedly, hoping for a better set and to discover the animal’s name. I got the first, on Dec. 3, 2017, but not the second.

I dubbed the shorthair: Frolic, for how quickly she gets around (On Feb. 19, 2018, I met the owner and learned her real name: Willow). The cat is energetic and playful; I wish she would spend less time on the side of the street and meandering around parked cars. The Featured Image, shot with iPhone X, is first in a series leading up to the big portrait. Vitals: f/2.4, ISO 16, 1/120 sec, 6mm; 11:59 a.m. PST. 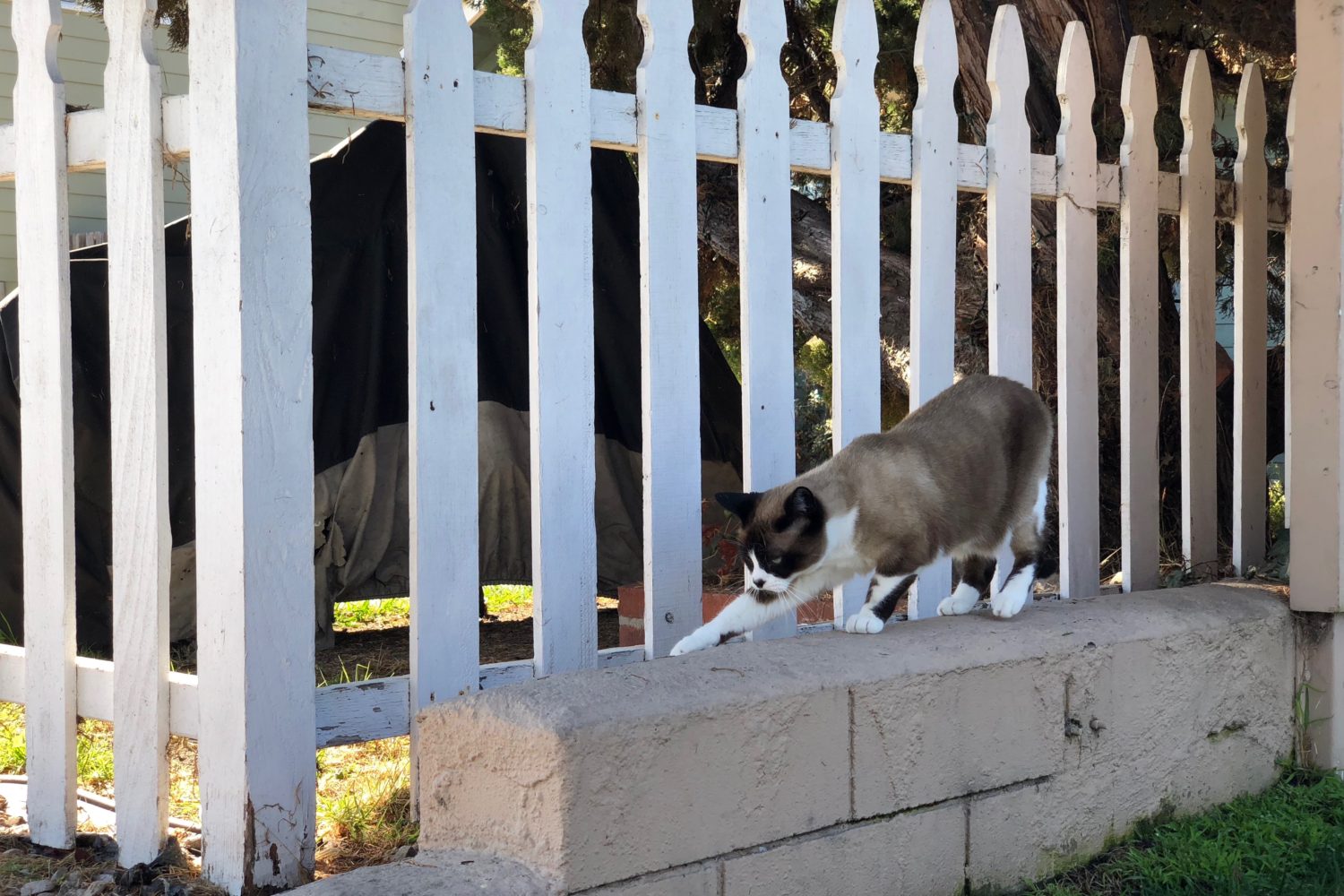 Vitals for the next two pics are the same, except for shutter speed 1/171 sec and 1/202 sec, respectively. 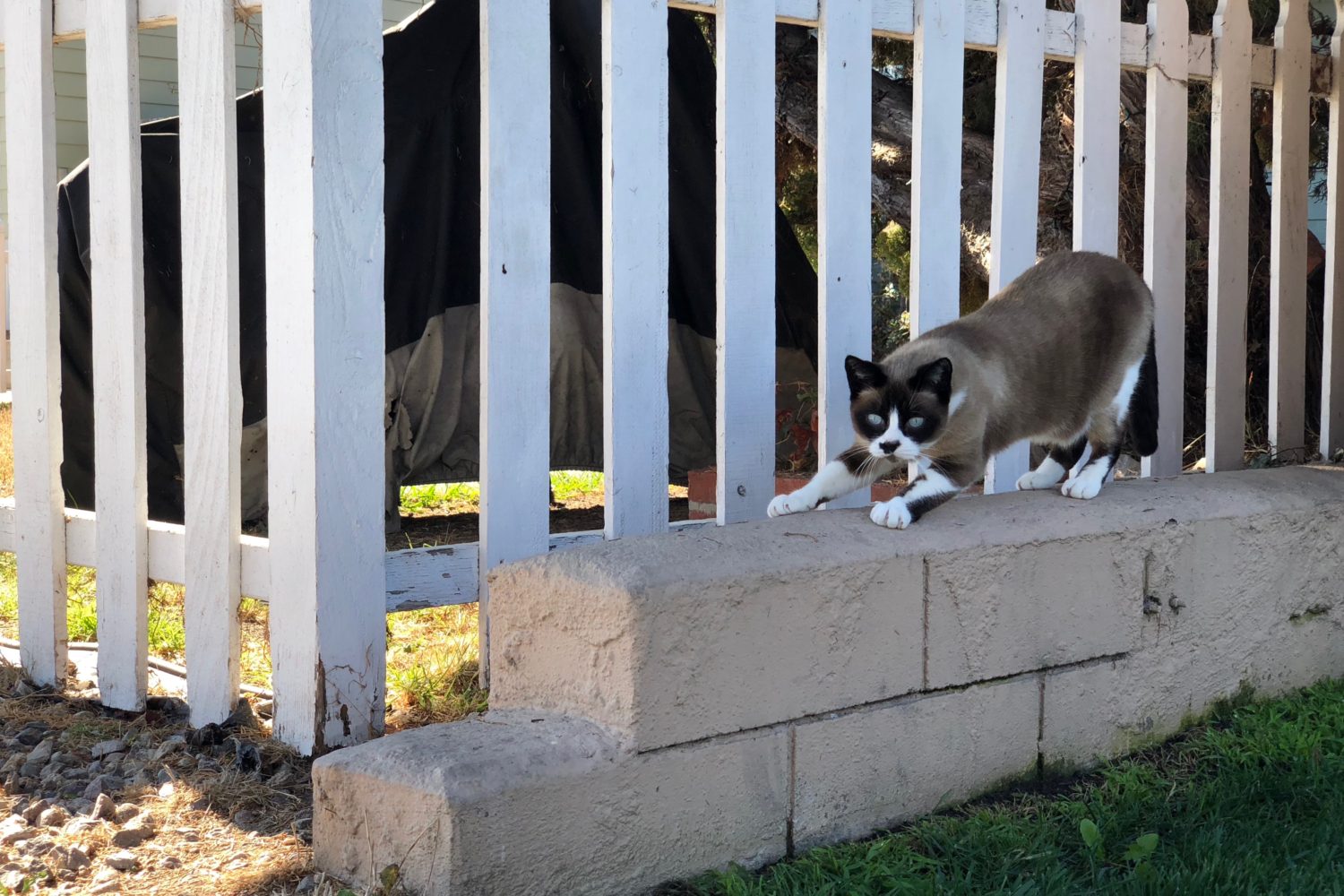 The grand closeup is 1/372 sec. Timestamps are same as the first photo. Like I said, Willow is quick. 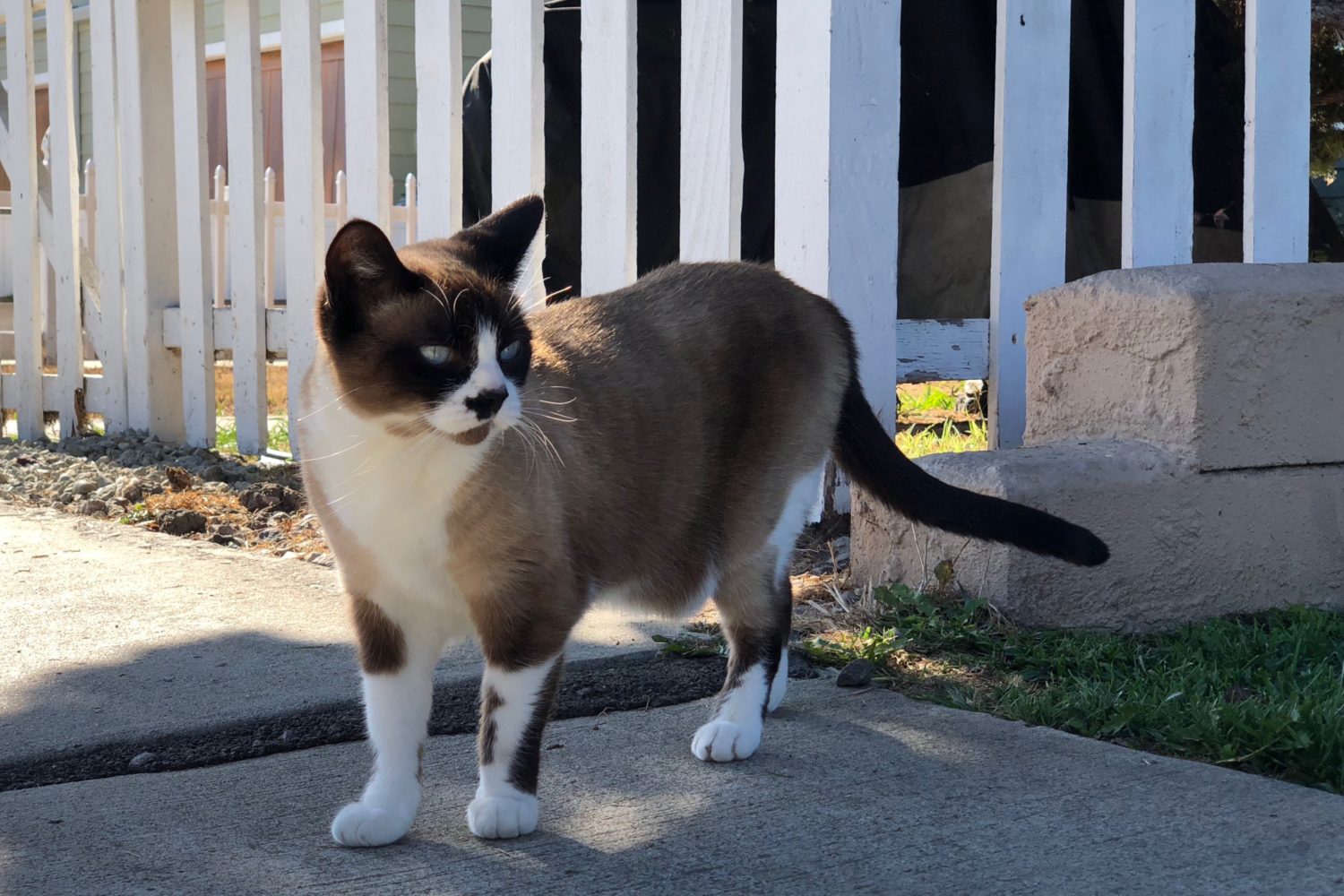 She is a Snowshoe, which if I understand correctly is one of the rarer breeds.

Willow is the second kitty in the series with the name. Hence, the “too” added to the title.