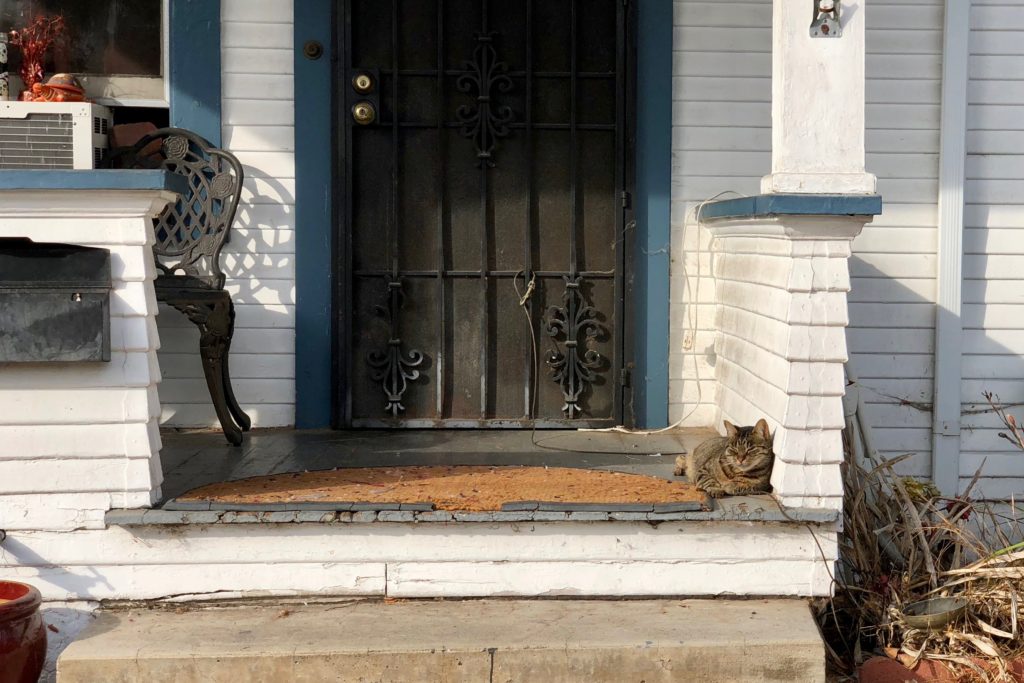 Meet Lupe, who lives in the same home as Laramie and on the same block as Smokey and Monkey. What is it with the letter L in the household? The family also owns dog Lincoln. Hehe. One of my high school classmates had seven siblings—and all eight kids had names beginning with G. L works for me!

On some mornings, I see Lupe sleeping  on a chair in the yard. The Featured Image, captured on Dec. 3, 2017 at 9:08 a.m. PST, using iPhone X, puts him on the porch. Vitals: f/2.4, ISO 16, 1/510 sec, 6mm. The companion photo is a contrast in timing and lighting—bright sunlight versus darkening dusk. The smartphone could never have produced usable portrait. 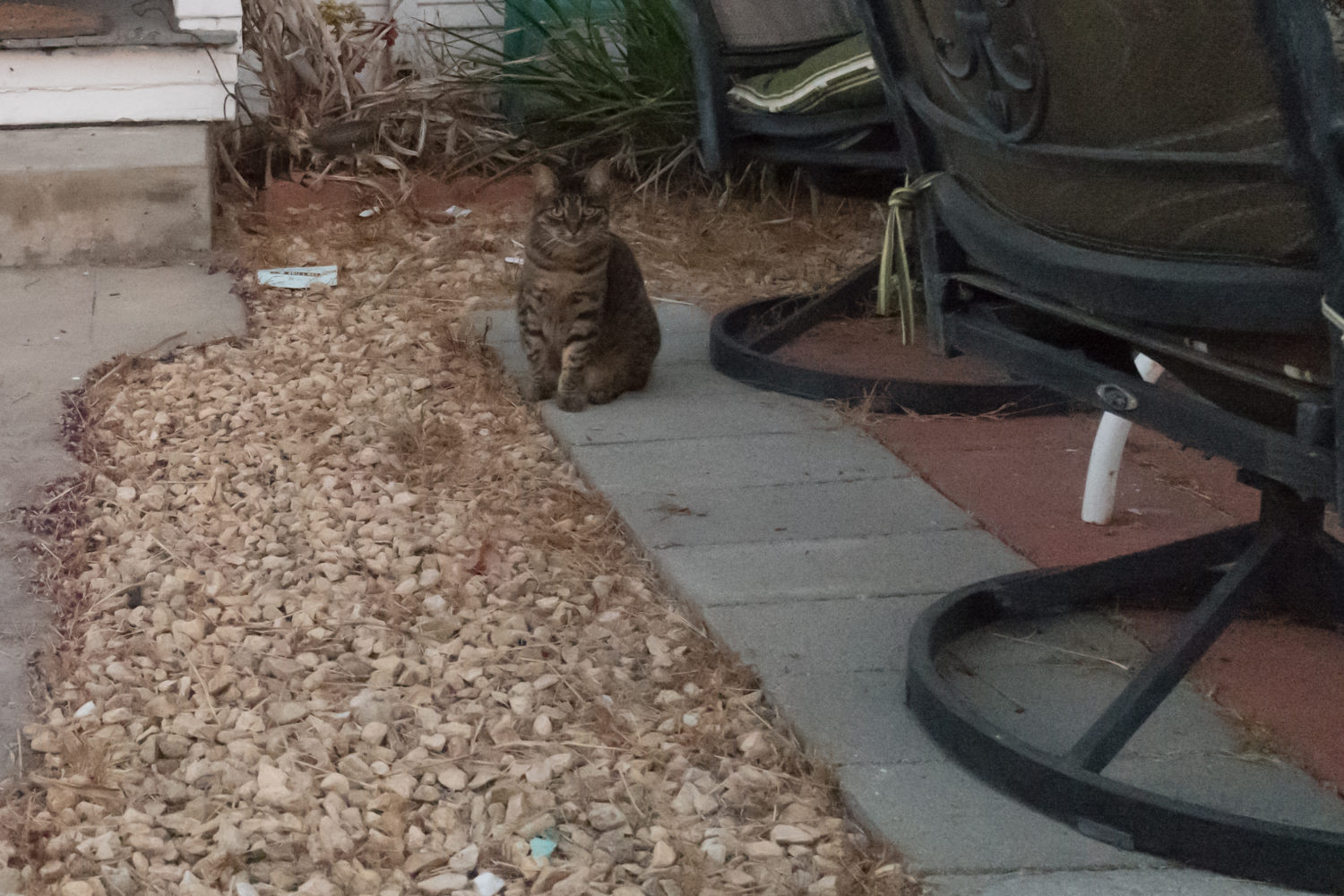 I captured the moment using Leica Q on Nov. 21, 2017 at 4:52 p.m.—eight minutes after sunset but already diminished light because of cloud cover. Something else: I happened upon Lupe after a long walk, when the sun was still bright and with the camera set for street shooting; preset smaller aperture and fixed shutter speed. Mix it together and you have a recipe for a photo shot with super high ISO. Vitals: f/8, ISO 25000, 1/250 sec, 28mm. The camera’s 24-megapixel full-frame sensor delivers admirably. iPhone X could never compete, or produce usable image even with considerably lower ISO. 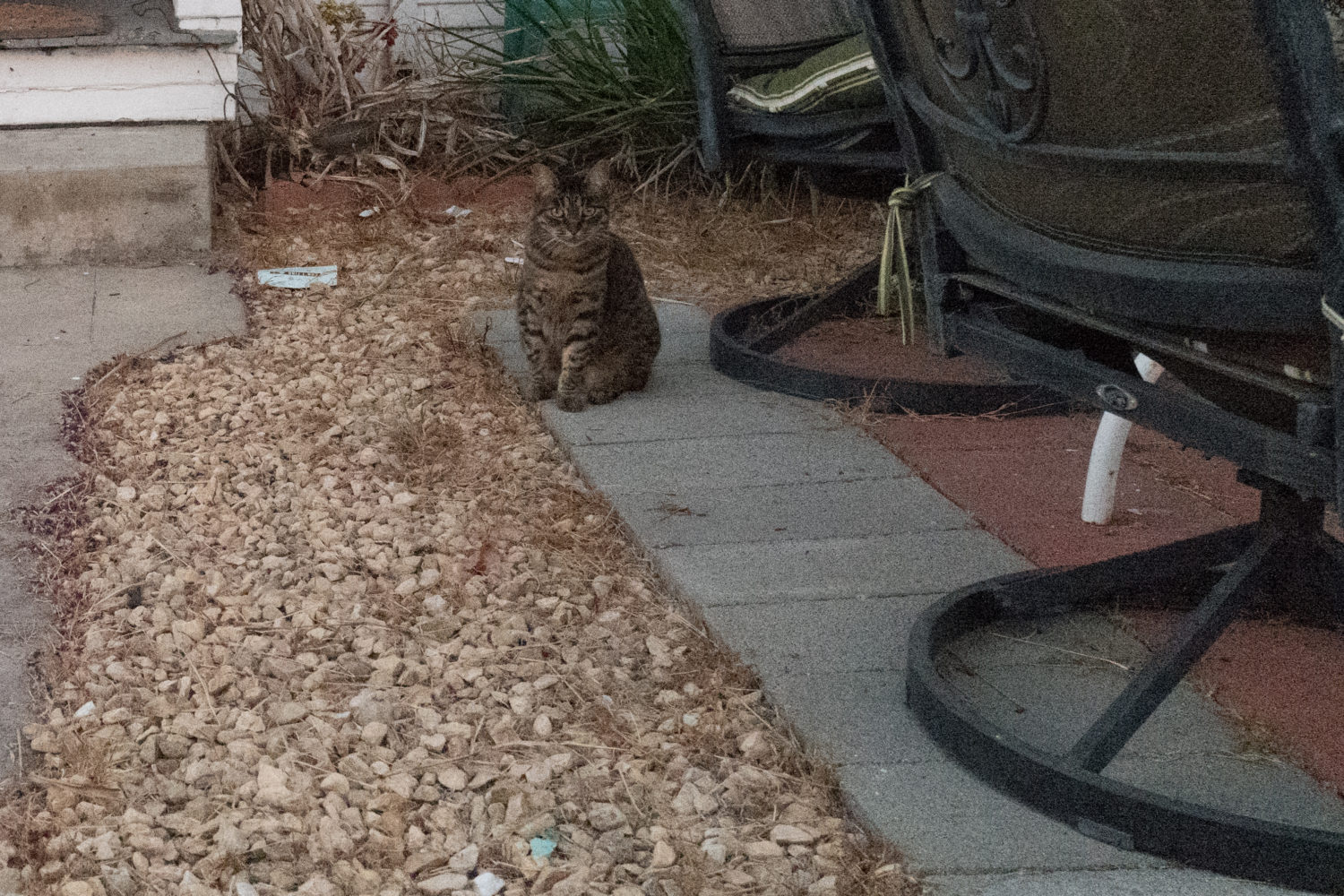 Both photos are from the same cropped original, made by shooting through one of the spaces between a picket fence. The first is adjusted in Adobe Lightroom CC to reduce noise. The other is the grainy, unedited original. 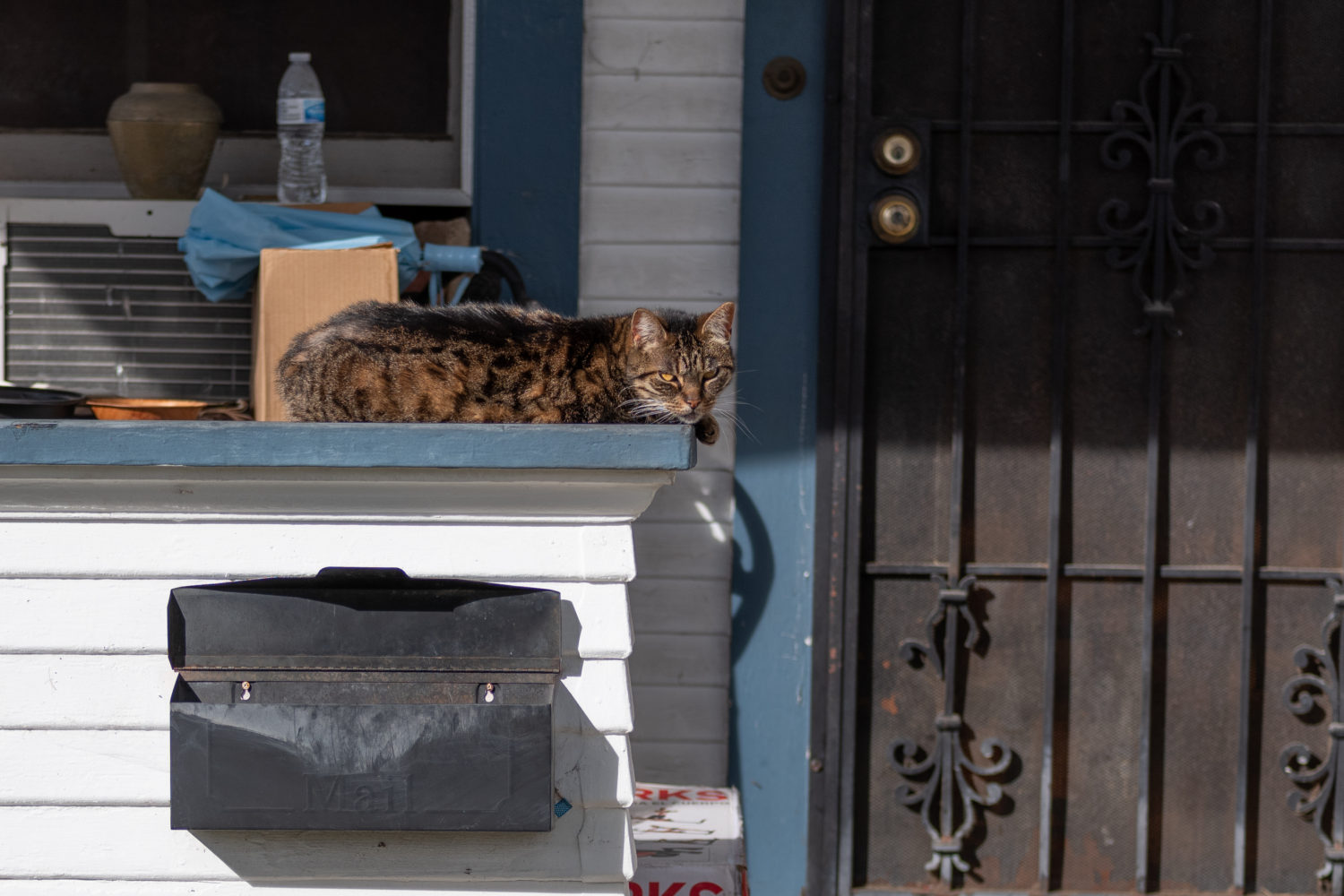 Update Feb. 17, 2019: Lupe’s owner couldn’t get her into the cat carrier, so he left her. Someone else will be staying in the rental house for a few weeks and feeding her and Laramie. But beyond that is uncertainty. Local non-kill shelters have long waiting lists, and the owner thought best to leave the animals for now rather than risk them being euthanized.

Update, March 10, 2019: Laramie and Lupe moved to a foster home, with the rescue organization promising that they would be adopted together, as a bonded pair.