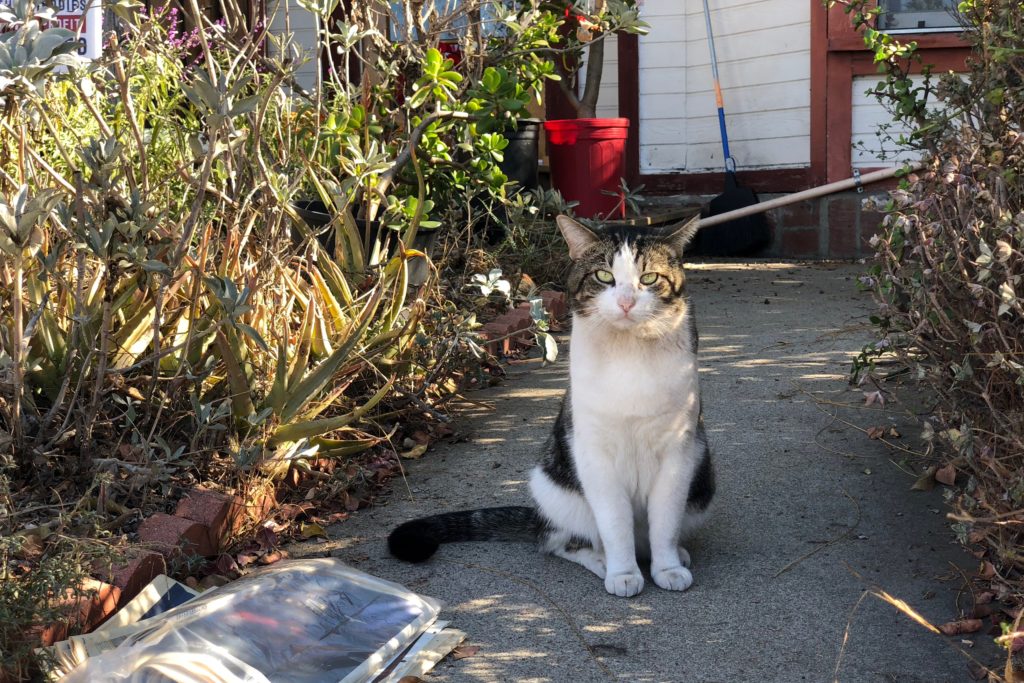 Meet the second New Years furball to appear in this series. Chub was the first, at the start of 2017. Eighty-four more felines joined him, before the year closed out with Bright. I expect a lull now, if winter sightings follow the previous pattern.

My wife spotted our first fellow of 2018 right after we visited with Panda, who lives on the same block along Mississippi Street. We had looked in on her many times, when walking to the grocery store, but not until the morning of Dec. 29, 2017 did she skirt out under the fence onto the sidewalk seeking attention. Oh, she got plenty. 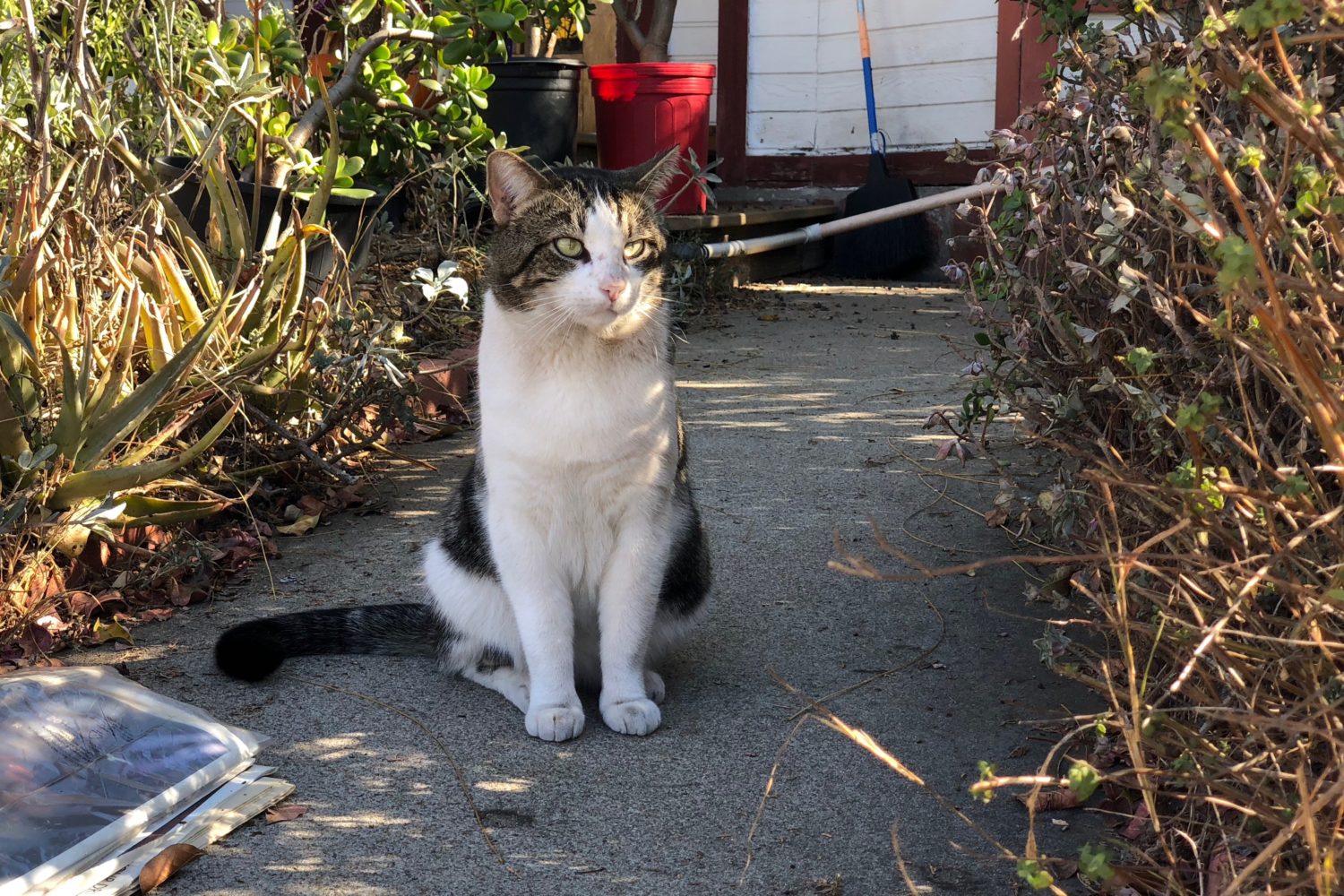 The other kitty blended into the scenery, being so chill and unfettered. He had the quintessential Tom Cat confidence and territorial ownership. Hence, the nickname. My shooting photos, using iPhone X, didn’t disturb him in the slightest. 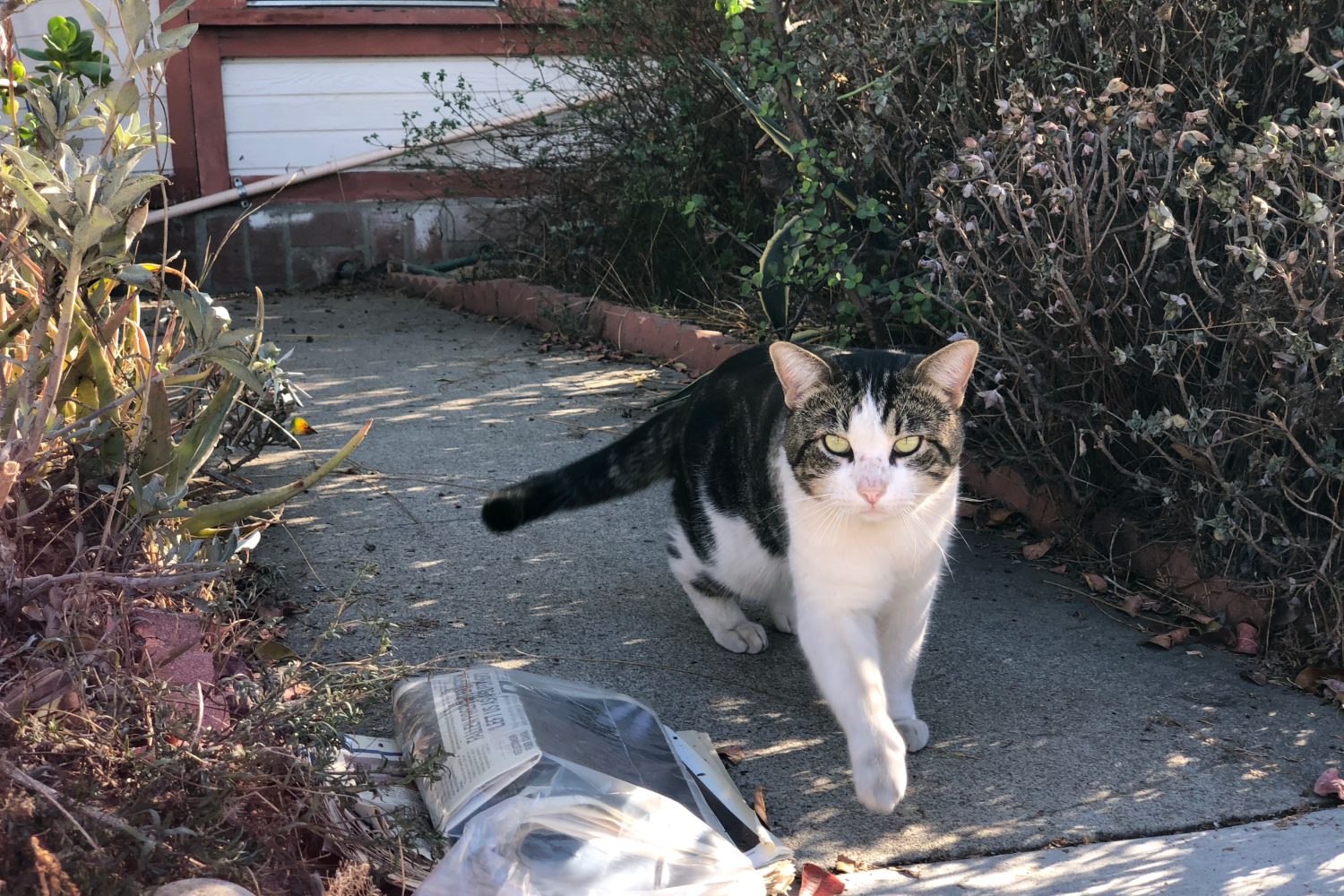 The Featured Image is the best of the portraits, although I fancy its companion, too. Vitals are identical: f/2.4, ISO 20, 1/120 sec, 6mm. The third pic isn’t what it appears to be. Looks like he approaches me, but in reality he sauntered by and triumphantly strutted down the street, which clearly belongs to him. Vitals are same as the others, except ISO 16. All three were shot at 10:59 a.m. PST. 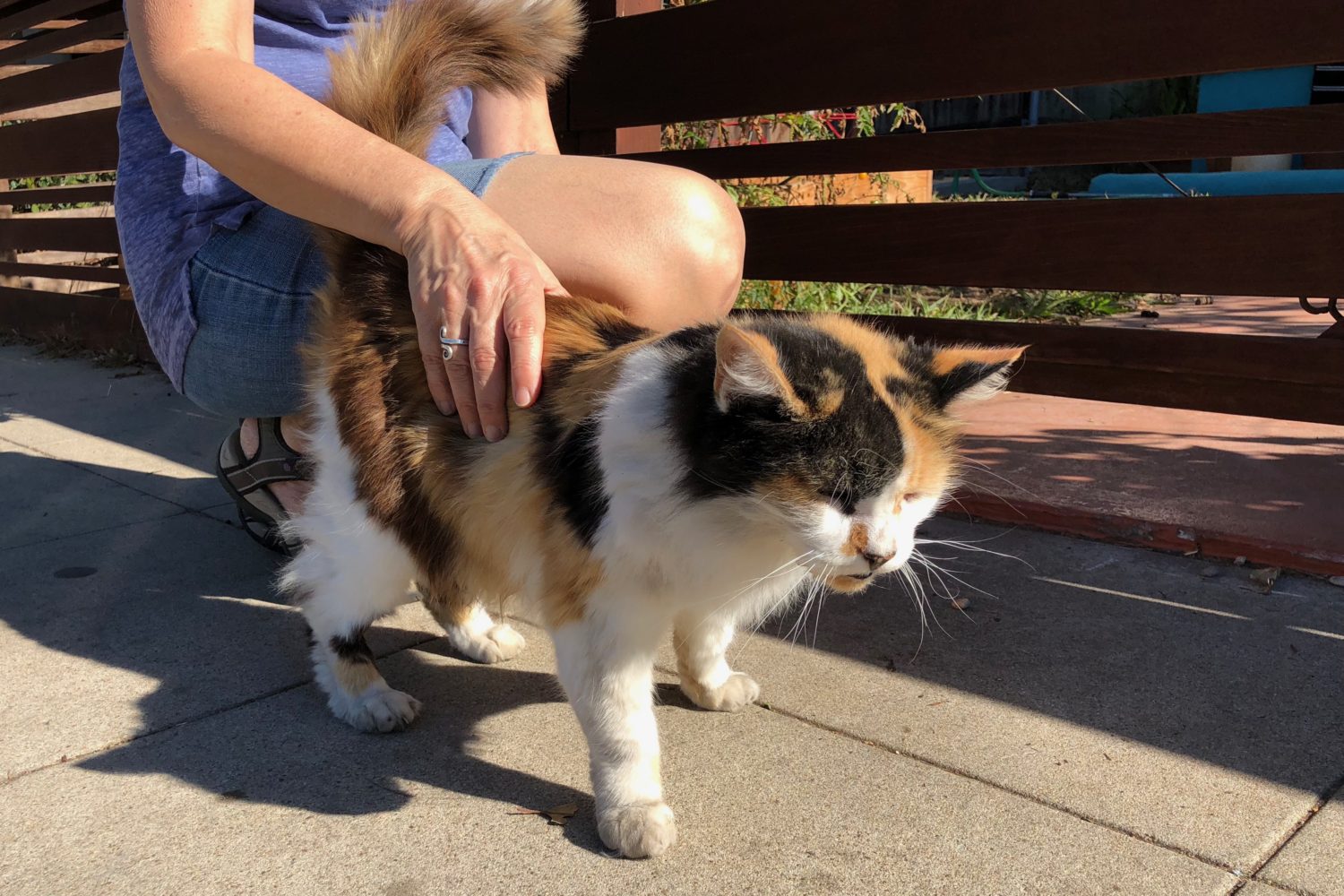 Update July 13, 2019: Someone spotted the Tom Cat near the Sprouts market at El Cajon and Park, posting on Nextdoor their concern about a stray. I piped in about where I had seen him repeatedly, to which another neighbor replied: “That’s Norman! He’s a neighborhood cat who gets fed by several families living on Mississippi. He’s a sweetie!” Now we know his name.